Sensible sneakers and gray beards reflected the maturity of a group that landed Friday at Cheer Up Charlies to travel through time and space with the man who helped put cosmic electronic disco on the map nearly a decade ago, one Hans-Peter Lindstrøm. 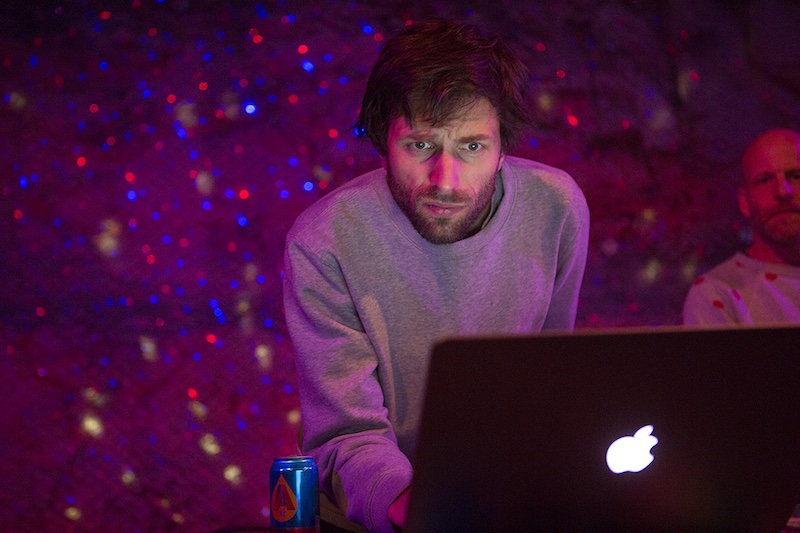 Lindstrøm, 44, up next around midnight, helmed the heart of the evening from behind a MacBook and Akai APC40. Partygoers stood at quiet attention while the headliner cleansed the evening’s sound palette with celestial atmospherics. A producer most on-brand with spiraling arpeggios and vast, echoing synths that sound like a soundtrack to your glorious, successful, possibly Eighties trek through outer space, Lindstrøm delivered.

The Norwegian producer played “Tensions,” a track from his new album, It’s Alright Between Us as It Is, as well as 2005 pleaser “I Feel Space.” Haunting moments in “Bungl (Like a Ghost),” also from the new album, contrasted otherwise upbeat Northern disco but stopped the crowd dead in its tracks. This group was familiar with his characteristic sound, not with his new experiments in production.

An hour into the set, “Closing Shot” found the previously full patio thinned slightly. Lindstrøm paused the music with a twinkle in his eyes, then started back up with a dark, jazzy production. Smiling shyly and covering his mouth, he led the remaining attendees in “Lanzarote,” a track featuring fellow cosmic disco star Todd Terje.

Directly thereafter, Lindstrøm jumped off the stage to shake hands and chat with the crowd.