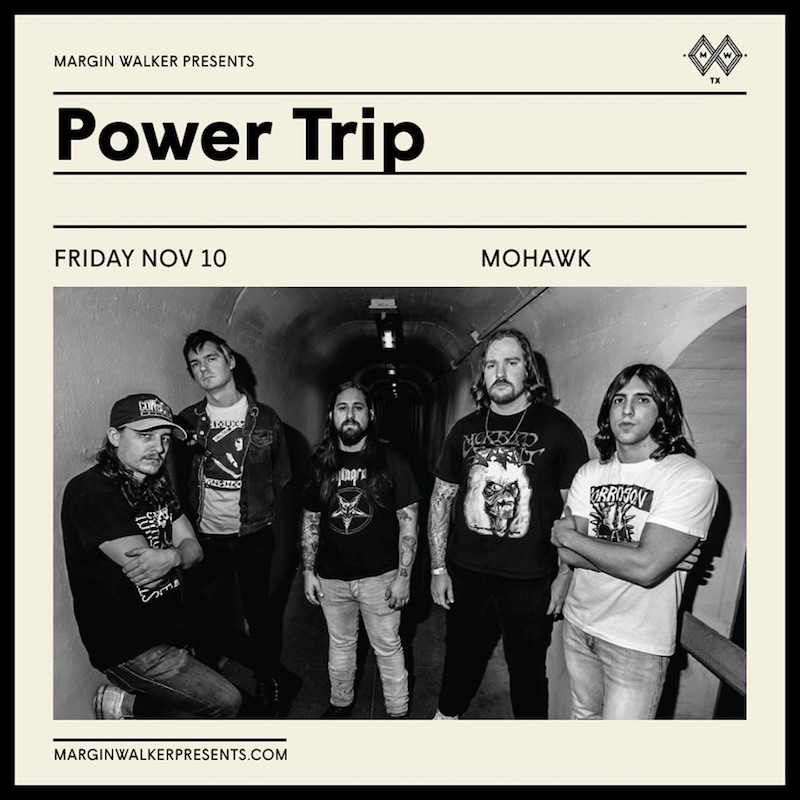 RG: I find our songs deadly serious, so that’s why there’s death-related topics. A lot of those lyrics have a medieval background. I studied some postmodern philosophy, which has a lot to do with deconstructing history and applying a broad political notion to it.

“Executioner’s Tax (Swing of the Axe),” I wrote that about how before the guillotine, they still had the axeman. If you were a criminal, a priest would come to you before you were executed and ask, “Do you want to repent?” If you turned to God at your final hour, they’d give you a bag of silver or nickel and you were supposed to tip the executioner so he cuts your head off in one swing and it’s not painful. If you were a pedophile or an especially heinous criminal, or you didn’t repent, the executioner might take two or three swings to take your head off.

I took that idea and applied it to our current political climate. The way I see a lot of capitalists in corporate America, they’d gladly pay for the privilege of a comfortable and numb way to die, whether it’s with prescription drugs or getting fat eating junk food and watching TV. I see it all as the same thing: we’re paying off the executioner.

AC: With pissed-off music, the relatable thing is always the emotion, which is informed by life. Sometimes that’s politics and others it might just be the frustration of being alive. What’s interesting to me with Nightmare Logic is, yes, some of these themes seem medieval, but it also feels very 2017.

RG: That’s what I’m saying, nothing’s changed. What I’m doing is masking the more modern politics. Rather than having a song lyric that’s “Fuck Donald Trump” or “Fuck the old white guys in Washington,” I’d rather make it an allegory or metaphor to allow people to ascribe their own meaning to it. If people just want a catchy song to listen to, that’s fine. But there’s deeper meaning if they search for it. That’s entirely on the listener.

AC: Crossover thrash, by definition, incorporates punk and metal elements, but historically appeals more to metal fans than punks. Meanwhile Power Trip is a band that really appeals to fans of d-beat and raw hardcore punk. How does that reflect what kind of music the members of Power Trip listen to? Part of that must come from drummer Chris Ulsh, who’s fronted Austin bands like the Impalers and Mammoth Grinder.

RG: That was all stuff we liked right off the bat. I was into punk before I was into metal or hardcore, so it’s natural for me to drift toward all of that, but it all bleeds together when we write.

Chris has always fed me lots of stuff to check out and I’d find cool stuff too, so we swap bands back and forth. When we’re talking about a song, we might say it’d be cool if we did a part influenced by [Scandinavian hardcore punk band] Anti Cimex or something like that. But we listen to everything. A big part of our songwriting comes from [guitarist] Blake Ibanez really liking Brit-pop and American pop, so we take tricks from bands like Oasis and implement a pre-chorus into a song or something.

AC: “Executioners Tax (Swing of the Axe)” was recently voted best metal song of 2017 at the Loudwire Music Awards. What was that experience like for y’all as a band? Awards shows are a recognition musicians don’t generally seek out, but it still must be cool.

RG: I’ll be honest, I didn’t know who the hell Loudwire was when we got nominated, so I was like, “Okay, I’ve never heard of this publication, but it looks like they have a good readership.” The big thing for me, and everyone else in the band, was ascribing our own meaning to the award. My parents were there and Chris’ parents were there, and they were proud of the whole thing. They made it a bigger deal.

Even though awards don’t have a lot of weight in the world, it’s just cool to be acknowledged. We could actually have some sentimental value to it because it spoke a lot to how hard we’ve worked over the past year. Everybody felt like it was nice to be recognized on a bigger level for what we do.

AC: And now you’re waiting on that Grammy nomination?

RG: [Laughs] That’s a long shot, but I wouldn’t be mad if that happened.

AC: Speaking of that, Power Trip’s enjoyed excellent adventures like touring Europe with Napalm Death and opening for huge acts like Lamb of God. At this point, what’s left on the bucket list? Is it touring Asia? Opening for Slayer?

RG: I wouldn’t say no to either of those! Trying to see all the continents we haven’t been yet, for sure. There isn’t anywhere in the world I don’t want to go. Okay, Sudan; I don’t want to go to Sudan right now, sure. Syria, yeah okay, probably there’s a few places. L.A. – yeah, that too.

Slayer and Metallica are the only bands that mean a whole hell of a lot to us that I could see us taking the opportunity if that ever came along. I’ll be honest, we’re pretty picky and we don’t like a lot of modern stuff.

Really, the goal is for it to keep being fun and progressing.

RG: We’re not that young.

AC: Okay, but probably don’t have as much baggage as Metallica.

RG: We don’t have a band therapist yet. 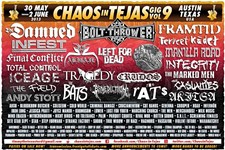