Last week, Carson McHone sent “Playback” rough mixes of her next album, gorgeously remolded originals and powerful new compositions. Nine years after Margaret Moser first heralded her songwriting and two years after gracing the cover of the Chronicle, the homegrown singer, 25, still feels like the next up to break out of Austin’s Americana playground. 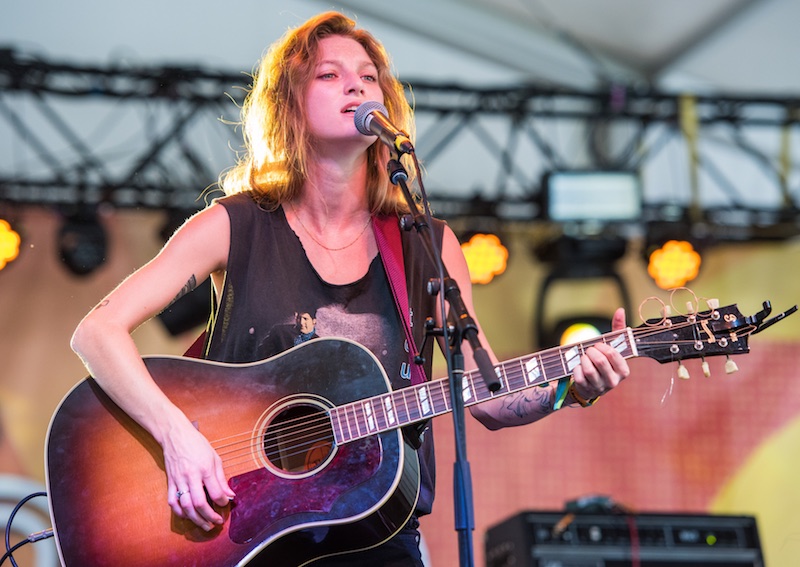 For the next four Thursdays, you can catch her around midnight at the White Horse – or as she refers to it, “the Horse” – the local honky-tonk she helped shape as much as it’s shaped her.

Austin Chronicle: You’re in the midst of a monthlong residency at the White Horse. What does that place mean to you?

Carson McHone: It’s home. The Hole in the Wall was the start of everything for me, but growing up, that happened at the Horse.

I never had a band at the Hole in the Wall. When the Horse opened, [co-owner] Denis [O’Donnell] told us, “This isn’t a songwriter venue. It’s a honky-tonk. You gotta have a band.” So I started playing with a rotating cast of characters. Back then, the band carried me, because I had no idea what I was doing.

I started playing happy hours on Monday, then they let me open later that night – at 9pm. Then I got to play a Wednesday. Then I got to do a Monday at midnight! Those walls have seen me grow up more than any other place in town.

AC: In the last couple years, we’ve seen guitarist and pedal steel player Sam Kossler become an integral part of your music and personal life. Is there a musical couple y’all aspire to?

CM: Gillian Welch and Dave Rawlings are badasses. I don’t know that we make similar music, but they have my complete respect. I think when you live together, there’s time and space to write. Sam will teach me parts of solos he plays on electric guitar or pedal steel, and we’ll double them or trade off. I’m no guitar slinger, but it’s fun.

AC: Your debut full-length, Goodluck Man, came out over two years ago. I understand you’ve already recorded a new album with Spoon, ...Trail of Dead, A Giant Dog producer Mike McCarthy. Will that be the next thing we hear from you?

CM: Yeah. That record’s being mixed right now. I recorded it with Mike in Nashville using a grant I got from Black Fret.

I wanted to do things differently this time. I wanted to work with a producer. We re-recorded a handful of older tunes, so I’m singing the same words, but now when I play those songs live, I feel like they mean something else. It was refreshing to go in and push stuff to a new place.

People at shows are hearing the new ways we play songs, like “Dram Shop Gal,” and reacting. Now I want everybody to hear them. I want this record to be heard!

It’s a process – trying to find a label. That’s new territory for me and, even though I’m really eager to get this out, I’m willing to take the time for that to happen. I basically put out Goodluck Man myself and sold it to people at my shows. I want to release this record in a way that does me some good.

AC: Are there elements of you as a songwriter that fans haven’t heard yet?

CM: We’re constantly changing, evolving, and maturing. When I did Goodluck Man, it was with the guys I’d been playing with every week at the White Horse and it became this beautiful snapshot of my life from when I was 19 to 22, playing this honky-tonk in Austin.

Now, I’m not worried about writing country songs. I just want to make good art that’s compelling to me in the climate we’re living in today. Art is more demanding right now.

AC: Ever written anything overtly political?

CM: I feel like all my songs are political, but not blatantly so, because I want them to read more like poetry. Still, we could sit down and I could tell you what everything means line by line. I don’t know if I’ll ever be like Steve Earle and call shit out, and say verbatim what bill I’m talking about, but who knows? The climate that we’re living in almost demands that.

Sam and I did a tour of the Deep South this year. It was new for me. I’ve never been in the Deep South and it was ... crazy. There, I’d often realize I hold completely different values than the person next to me, and yet they came out to my show. They bought my CD, loved my music, and now they’re inviting us into their home and cooking us meals.

We were connecting on human levels to people whose views, to me, are monstrous, but music allowed us to appreciate each other where, in many other circumstances, we’d be spitting on each other. That was good for my psyche. It was hopeful.

So will I call stuff out as a songwriter? I will in my own way. It’ll probably be more open-ended, because that’s a good place for me to invite people into my world and connect as humans.

Then, maybe, we can proceed and talk about things literally, but if not, we can agree on something that we both think sounds nice.

Carson McHone
And her homegrown curve-ball edge to songwriting