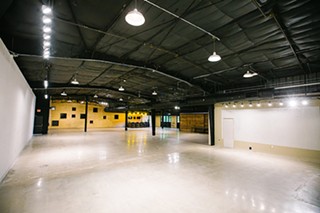 The “warehouse” space inside LZR (Courtesty of LZR)

The building that housed La Zona Rosa, once one of Austin’s most popular downtown music venues, will soon begin operating as a rentable event and venue space, while continuing to function as its present mixed use workspace.

Vast, a tech company specializing in data and artificial intelligence for the automobile industry that’s already a tenant in the recently remodeled space at 612 W. Fourth, heads up the new operation. That’s purported to include 10,000-square-feet of rental space with a bar area, lounge, outdoor patio, and a “warehouse” where concerts could take place. A press release from LZR envisions the space as being “ideal for concerts, conferences, and private parties.”

In the Nineties and Aughts, the 1,300-capacity La Zona Rosa was a crucial concert destination in Austin, alternately operated by concert promotions concerns Direct Events and C3 Presents. While the last big show under the “La Zona Rosa” banner was Prince’s epic South by Southwest appearance in 2013, the building has continued to host SXSW music events, such as March’s Apple Music installation, which included performances by Spoon and Vince Staples.

World Class Holdings CEO Nate Paul, the 30-year-old real estate magnate of downtown Austin whose properties include defunct venue Headhunters, acquired the La Zona Rosa building in 2011, later renovating the interior, and renting it out as offices for tenants including PGi Studios and the local branch of March Capital. The most recent remodel and re-branding was a joint effort between Vast and Paul.

Given the operators and growing business culture in downtown Austin, “Playback” expects LZR to exist as more of a private event space like Brazos Hall than a continual entertainment venue like what La Zona Rosa had been. 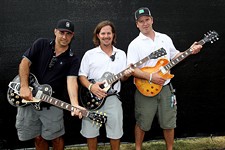 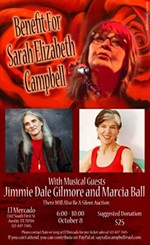