Eddie Wilson’s iconic business will close after SXSW unless ... 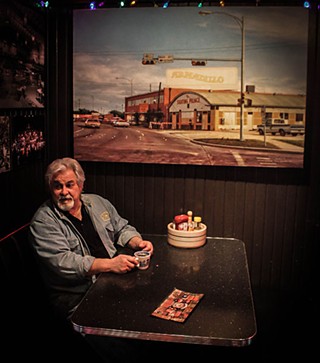 Eddie Wilson at Threadgill’s Ol’ No. 1 on North Lamar earlier this year (by Kevin Curtin)

Eddie Wilson told “Playback” today that he doesn’t currently have a lease for his vaunted Threadgill’s World Headquarters restaurant and concert venue on Riverside Drive, and that he’s informed employees that it will close after South by Southwest in 2018.

In June, Wilson told the Chronicle he was optimistic about reaching an agreement with his landlord, 94-year-old Renaissance Austinite Moton Crockett, that would secure him three to four more years south of the river. Today, he says his business presented the property owners with a lease that “perfectly mirrored what they’d asked for” and that it hasn’t been signed. His current lease expires at the end of September and he adds that the property’s already for sale.

“Moton says the land’s gotten too valuable to be supported by meatloaf and chicken-fried steak,” chuckled Wilson. “In the last five years, the cost of being on that location has increased 600 percent to $38,000 a month [for the lease, insurance, rent, and tax].

“I can’t even pronounce 38 grand a month,” Wilson joked. “It gives me a harelip and I just start sputtering.”

Still, the owner reiterates his deep respect for Crockett, who he says has treated him very fairly since the business opened in 1996 near the grounds of his legendary concert hall and beer garden, the Armadillo World Headquarters.

“This is just what happens in a boom town,” admits Wilson with a sigh. “Now I would hope that a developer will come along who wants to build something and have Threadgill’s be part of it.”

Meanwhile, next week sees Wilson’s AWHQ, 1970-80, getting lots of recognition. The Austin Public Library’s new branch is theming their opening around his recently released memoirs, Armadillo World Headquarters, and next Sunday’s All ATX benefit show at Auditorium Shores is using “Back to the Armadillo” as the theme. Wilson reveals that he’s received notice that the legendary venue, a cultural catalyst that united hippies and rednecks, will also be inducted into the Country Music Hall of Fame.

Wilson says that the space for his other Threadgill's location on North Lamar – the original – is secure. 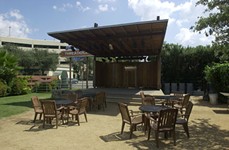