When a feature on Elton John’s Beats 1 radio show slingshot single “Edge of Town” to millions of listens, Aussie group Middle Kids hadn’t even played a show yet. Most of their hype is anticipatory, boasting big things to come. 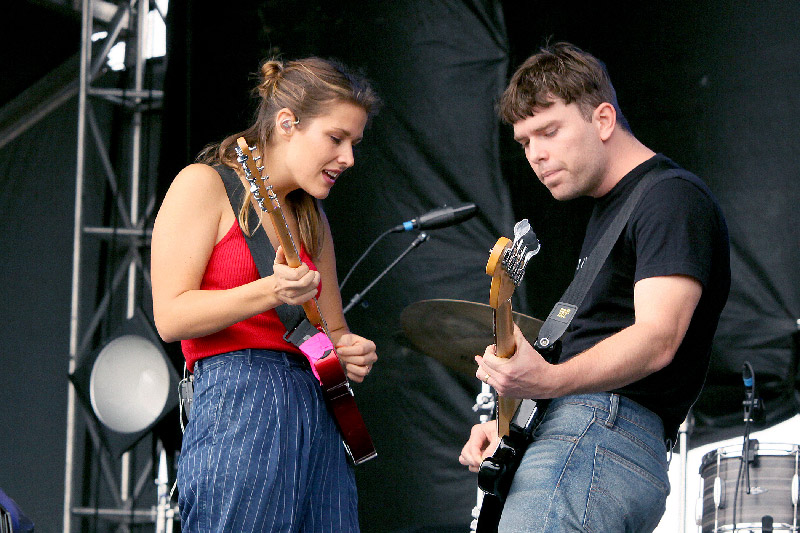 A windswept Sunday afternoon performance at the Miller Lite stage revealed a band still finding its footing in the appetizer round, reaching and sometimes grasping cohesion while working at a full hour ACL production. Having scrounged up a live set for a whirlwind year of touring on the back of February’s self-titled, 6-song EP, the band plies a freshly cut alt-rock sound. New lick “On My Knees” proved a clamorous, rough start when lead vocalist and guitarist Hannah Joy broke a string.

Even with a backup swap, disharmony infected the group’s louder grunge moments, mostly reserved for the set’s initial half. At their strongest, the fourpiece left space for Joy’s billowing vocals, pillowed in twang and scaled-back instrumentals. Emotive, unreleased “Garbage and Gold” checked all the above boxes.

Joy’s husband and backing singer Tim Fitz won the most enthusiastic bass player award, ditching the stage to scratch his strings against the front speaker during “Edge of Town.” The couple’s witty repartee escalated into Fitz offering up his personal cell number for live crowd feedback, inspired by the “How’s my driving?” signs on American 18-wheelers. An enlightening text-in comment pointed out the frontwoman’s upside-down lefty guitar playing.

The lead singer didn’t back away from floaty inspiration, preceding fuzzy “Old River” with the warning, “It’s about the river in your heart.” Her earnest Australian inflection somehow saved it from triteness. Unfortunately, an unironic coffee shop rendition of Blink-182’s “All The Small Things” tipped the over-sincerity scales against their favor.

By the time new finale “Put It out on the Line” hit, the band had clasped their particular brand of bittersweet groove. Amid the missteps, Middle Kid’s ACL Fest set satisfied. 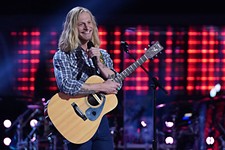