After two decades of writing and gigging, Spoon’s powerhouse live show isn’t revealing many surprises. Despite a still steady stream of critically acclaimed albums, the hometown heroes have reached a point in their career where they need to shut up and play the hits. 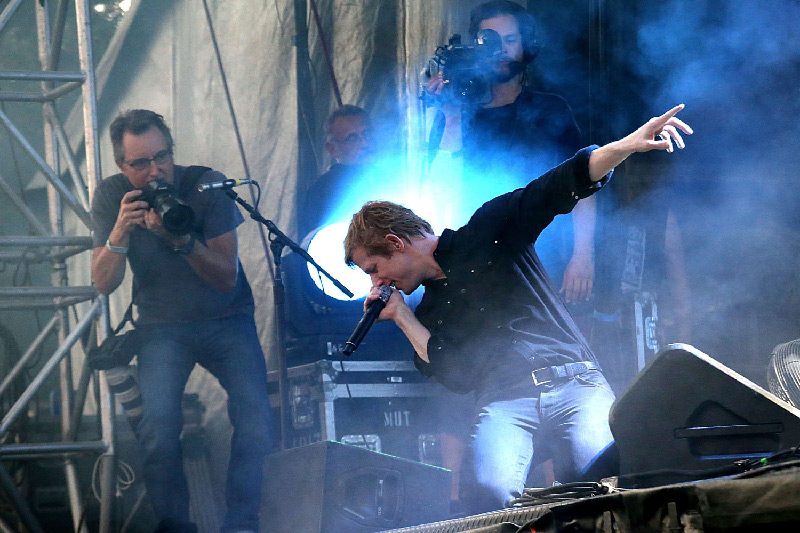 Tom Petty comes to mind as a lesson in understanding legacy. The Gator himself never stopped making good, if fairly chart-middling records, and ostensibly touring in support of them. Nonetheless, he knew his fans weren’t turning out to hear new material.

They wanted the classics, and he delivered them live.

Cue Spoon frontman Britt Daniel at the Miller Lite stage on Saturday night, just as the sun finally sank. He managed to work in four songs from 2017’s Hot Thoughts into an hour-long set, but he and everyone else knew those weren’t the ones the crowd would be singing along to.

Big ups to Daniel for embracing that.

Mega hits such as “I Turn My Camera On” weren’t thrown out willy-nilly. They were delivered with precision and care. That’s not to say that new material didn’t get TLC from the band, however.

The slow build of “I Ain’t The One” translated flawlessly onto the stage, the band letting it swell into full realization. Even so, the new cuts didn’t get even a fraction of the crowd interaction as “Don’t You Evah,” which prompted a visible lift in enthusiasm from the audience.

Toward the end of the set, a familiar brass line kicked off “The Underdog,” and preemptive cheers erupted from the crowd. Undoubtedly for many, it’s one of the songs that kept them lingering. Rather than getting grumpy about such enthusiasm for a decade-old song, even with a new album’s worth of material, Daniel leaned into it.

He’s clearly still having fun playing the songs, a testament to the timelessness he created. The audience, in turn, might never show up to hear the new stuff, but at the very least, they’ll get future favorites in between the hits.