Indie rock colliding with the hysteria of boy band juggernauts made for an unexpected combination on Saturday. Nevertheless, UK quartet Glass Animals melded the two worlds together during their hour onstage. Dave Bayley worked the sprawling 6pm crowd into a frenzy, staying in constant motion as equal parts hype-man and frontman. 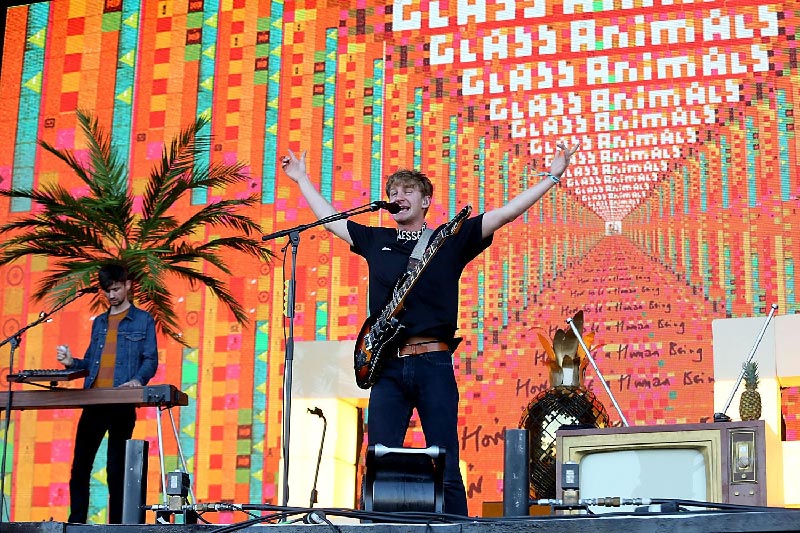 The Honda stage was outfitted to reflect the ebullient, brightly-colored world Glass Animals’ electro-pop paints: palm trees, an enormous disco ball pineapple, an oversized television set, bright colors illuminating the screen backdrop. Still, from the opening moments of addictive, undulating single “Life Itself,” the mixing sounded off. The opener’s sing-talk hybrid was far too quiet, so it got buried by thundering drums and bass.

Then again, Glass Animals’ tactile, beats-heavy sound alone proved enough to satisfy the younger-skewing audience whose priority was dancing. Despite the absurd, character-driven lyricism getting lost, the opening of each track elicited feverish screaming. 2016’s sophomore release, How to Be A Human Being, catapulted the band to proper stardom, and unsurprisingly those hits served up the bulk of the weekend-two-only act’s set-list.

The slow-moving, stomp/clap beat of “Poplar St.” evoked the Red Hot Chili Peppers in its prominent guitar line, while “Season 2 Episode 3” and “The Other Side of Paradise” channeled Justin Timberlake’s brand of white bread R&B. A muted, mellow cover of Gnarls Barkley’s “Crazy” yielded some of Bayley’s best vocals but didn’t land with the crowd, which wanted more of its favorite songs. “Gooey,” from 2014’s Zaba, closed.

Live, the music itself felt wholly unremarkable, but Bayley’s showmanship carried the set. A constant blur of motion, he brandished his guitar like a prop rather than a functional instrument, his tongue constantly lolling out of his mouth and his dance moves sharp, exaggerated. It was unequivocally obnoxious, but undeniably entertaining. 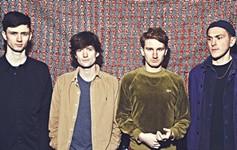