ACL Fest’s second weekend generally produces a relaxed attitude from artists. Many have been in Austin between concerts and feel they know the city more intimately. And it shows in their encore performances. That certainly held true for James Vincent McMorrow, compounded by the relief of knowing that Friday served as his last festival appearance of 2017. 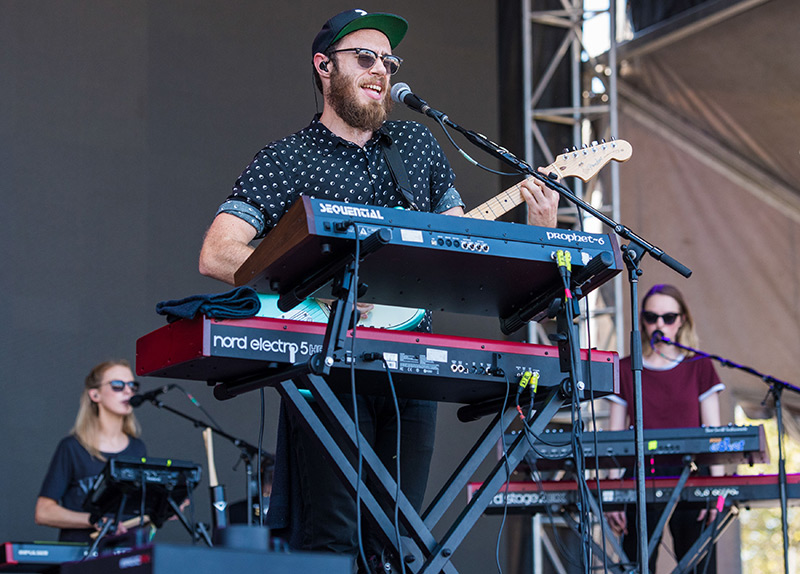 Throughout McMorrow’s hour onstage, the Irish songwriter chatted easily between songs, even playfully bantering with the crowd as some fellow countrymen took up a chant near the front of the stage. Leading with “Breaking Hearts” from 2011 debut Early in the Morning, he showcased his musical evolution over the past five years, going from hushed balladeer to electro-pop eclectic.

“I Lie Awake Every Night” bent a bluesy-soul as beats emerged aggressively, while “Get Low” cemented the groove complete with female backing vocals. The slow piano ballad “National,” from this year’s fourth LP True Care, settled into his high trill with a gospel touch. Post Tropical’s “All Points” hypnotized behind a slow-winding loop.

Aphoristic anthem “We Don’t Eat” from his debut rallied the crowd into a sing-a-long, and by the close, McMorrow eased into dancing around the stage against the R&B pop flair of “One Thousand Times” and low, warped, skittering beat of “Rising Water.” He closed with a cathartic falsetto crescendo on “Cavalier.”

McMorrow has found a unique balance between his beat impulses and a ringing, emotional croon that sometimes strikes awkwardly, but never fails to mesmerize.