Roots songwriting collective is no joke

No questioning the talent that makes up Traveller, the new Americana group anchored by songwriters Robert Ellis, Cory Chisel, and Jonny Fritz (aka “Jonny Corndawg”). What surprised at their early afternoon set on Saturday at the BMI stage was how well their three eclectic styles meshed into a coherent, and compelling, whole. 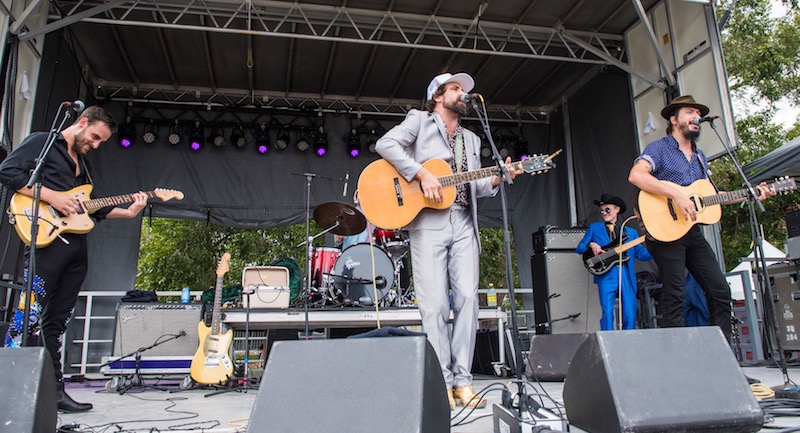 The fivepiece opened with their only song released so far, trading verses on the lilting, Jayhawks-eque “Nobody Makes It Out.” Chisel’s calming tenor salved the reedy harmonies of Ellis and Fritz, a natural chemistry emerging from the charismatic interplay. Recently relocated to Austin, Ellis ripped sharpened guitar leads, while Fritz shimmied in his gold-glittered boots as a crackling frontman and Chisel provided a leveling emotional depth.

Most of the set drew from the trio’s individual catalogues, with Ellis and Chisel taking solo bows on “Elephant” and “Southern Arms,” respectively. Together, the three executed impressive cosmic country rock, tuning up Sweetheart of the Rodeo-era Byrds, or in the case of Fritz’s offbeat offerings like “Stadium Inn” and “Fifteen Passenger Van,” a touch of the Holy Modal Rounders and Roger Miller.

Most of all, the band seemed to be having more fun than anyone else onstage at ACL, laughing and cracking jokes for each other as much the audience.

“We’ll stick with a joke, that’s what I like about us,” deadpanned Chisel as Fritz rounded into his third intro of the band members. 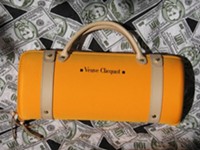