Down Under EDM troupe pushes into mainstream pop 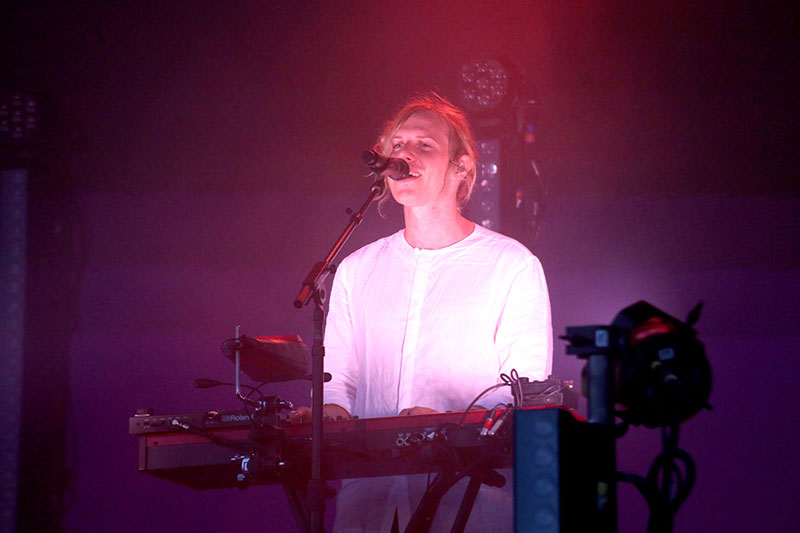 Straying from the usual DJ setup, the trio reinterpreted songs off of their debut Atlas (2013) and sophomore effort Bloom (2016) through live instrumentation of drums, an assortment of keyboards, and guitars. Tyrone Lundqvist manned the mic. Rüfüs then straddled melancholia and euphoria as brooding “Innerbloom” and “Say a Prayer” preceded buoyant club-rider “Be With You” and the uptempo rhythms of “You Were Right.”

A soaring falsetto separating rocky timbres and smooth inflections, Lundqvist’s live vocals imbued the performance with a vulnerable, raw edge, one that’s often jettisoned in electronic music at festivals. The group’s songs are rooted in a pop music that’s dependent on the groove-oriented rhythms of nu-disco, crisp production of deep house, and the repetitive, airy melodies of minimalism.

No question, it’s not an innovative or even entirely original approach, but Rüfüs perfects the mainstream-ready formula of danceable BPM, prolonged climaxes, and the tried and true verse/chorus construction like a tireless producer toiling away hours on a soundboard. Rüfüs Du Sol proved EDM isn’t vanishing anytime soon, but rather that it can carve new niches that go beyond the genre’s usual bombast.