“We make the kind of country music they don’t play on the radio,” declared Cody Jinks at his Saturday afternoon set. Although his music is far removed from the commercial crossover that’s dominated country radio the past decade, he aligns perfectly with the current swing back to neo-traditionalism by assuming a Southern rock outlaw mantle. 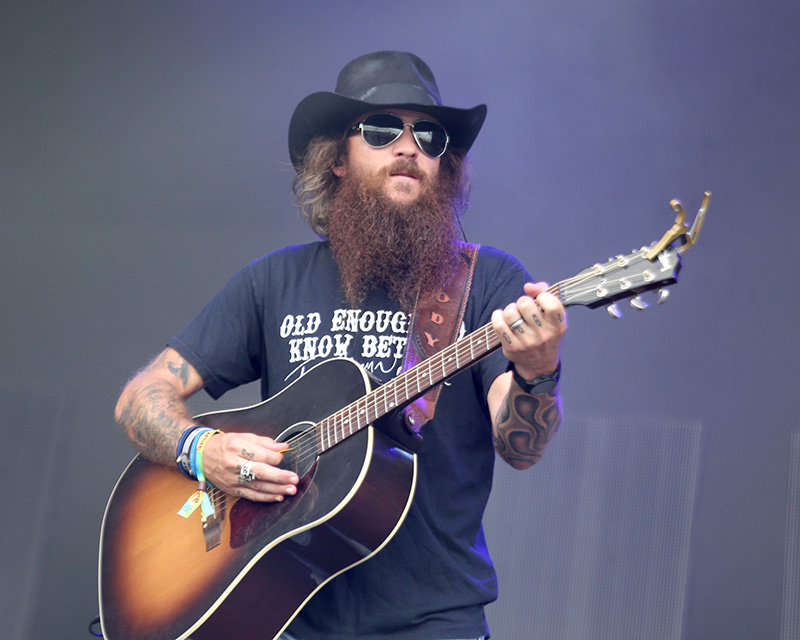 Jinks’ sextet emerged firing steel and keys into their heavy guitar mix with biting “What Else is New” from 2015’s Adobe Sessions. Wearing a black t-shirt scrawled with “Old Enough To Know Better, Too Damn Drunk To Care,” the Ft. Worth songwriter leaned into the brand of god-fearing, hell-raising, mind-your-own-business blue collar country rock that Hank Williams Jr. defined in the Eighties.

If the influence wasn’t apparent enough on songs like “Been Around,” “No Guarantees,” “Cast No Stones,” and the title track from last year’s I’m Not the Devil, the bandleader made it explicit with a cover of Hank Jr.’s “Whiskey Bent and Hell Bound.”

Yet Jinks’ songwriting pushes beyond the cliches, ballads wringing Waylon Jennings in his low, rumbling drawl. “She’s All Mine” and the sharp emotional pull of “David” balanced the racing highway anthems of “Chase That Song” and “Loud and Heavy.” A steel-heavy, country-tuned cover of Pink Floyd’s “Wish You Were Here,” meanwhile, nodded to the broader influences defining contemporary Southern rock.