The first chunk of songwriter Alex Giannascoli’s discography, a smattering of Bandcamp releases and YouTube songs, is music made for enclosed spaces. Audibly bedroom-recorded, his early work captured an enthralling, off-kilter melancholy destined for huddled clubs and sock-covered mics. 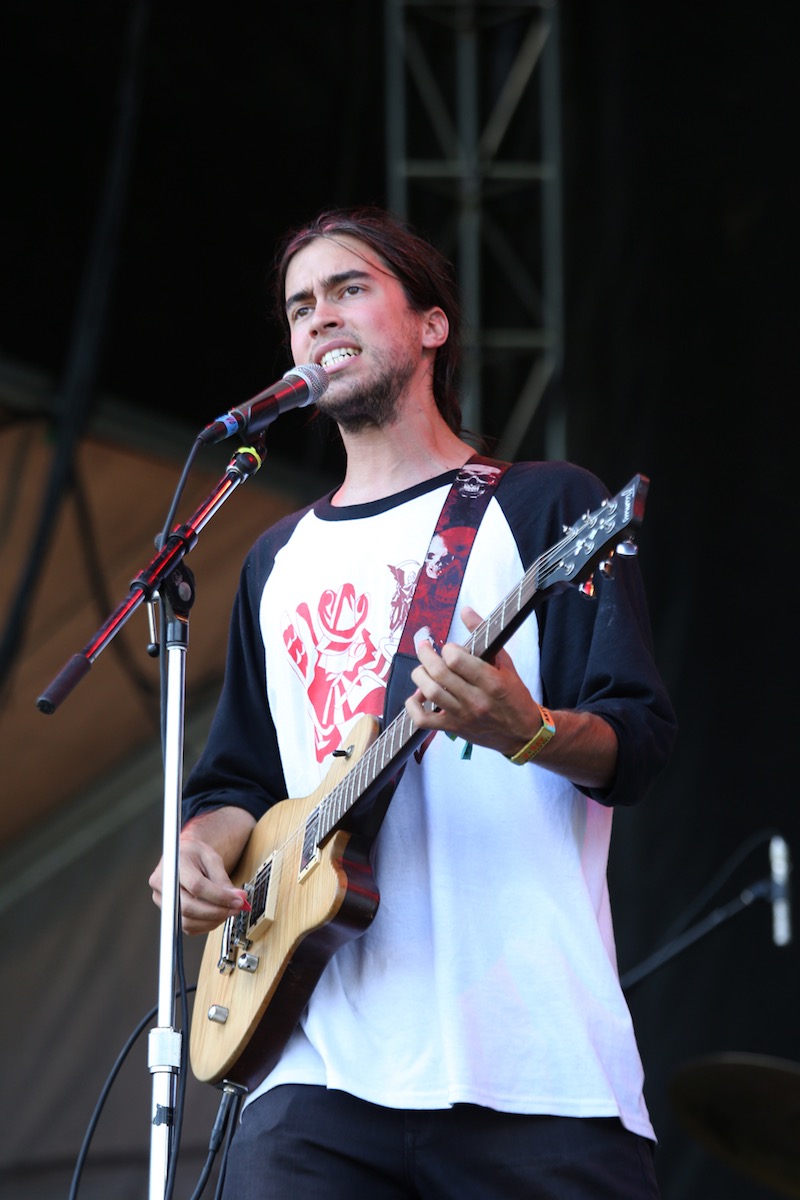 On this year’s Domino release Rocket, the Philly artist expanded to unexplored genres and open-air locales. On ACL Fest’s opening Friday 2017, his early afternoon set on the Barton Springs stage presented a one-hour live translation of the album’s prolific country and hardcore moments.

In front of a crowd of a couple hundred, many who maybe caught wind of the previously cult-ish figure after he lent guitar to Frank Ocean’s 2016 albums, Giannascoli launched back-to-back festival-edible tracks. His standard fourpiece setup of grinning, T-shirted DIY guys warped Rocket’s various sound sources, the guitarist giving his Fender the steel guitar treatment, while a backup singer played at vocal looper.

At “Poison Root,” the performance diverged into the album’s queasier experimentalism. Rather than being dulled live, the material became humanized as arranged by Giannascoli and company onstage. His drummer worked overtime on thunderous peaks, sprinting ahead of the singer’s somber chant: “Now I know everything.”

Cruising continued on an unexpected final slew of past work, from self-descriptive “Black Hair” to thumpy closer “Icehead,” all of it riddled with Giannascoli’s trademark sonic kinks of catchy strangeness. New blasts and old croons alike, (Sandy) Alex G presented a sound grown big enough to fill up Zilker Park.