Friday’s afternoon crowd on the ACL Fest Miller Lite stage: one T-shirt commemorated Van Halen’s 2007 tour. Another, the late Jerry Garcia. One cheeky punter sashayed forward in familiar red, braided pigtails, facial scruff, and a bandana knotted around his head. The parody of his old man now seems quaint and out of place. Lukas Nelson is firmly his own man. 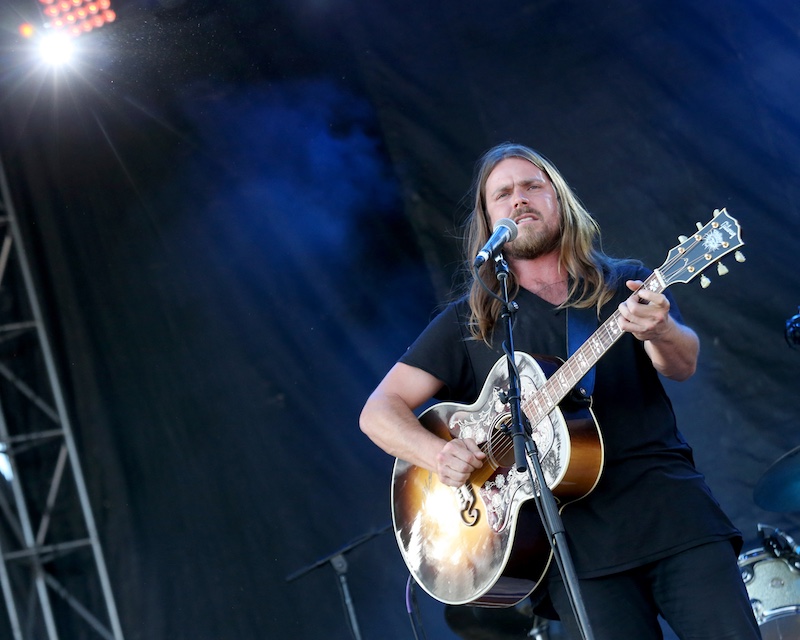 Two years ago, the singer couldn’t shake his undeniable vocal resemblance to his outlaw father, Willie Nelson, despite aspiring to a Stevie Ray-style Strat strangler as a guitarist. Similarly, the music he made with crackerjack unit Promise of the Real proved sturdy and workmanlike, but ultimately undistinguished jam band fare. They were tight, but still felt like a work in progress.

With their eponymous fourth LP, Nelson and band arrive as Americana überartists with a decidedly rockist flair. Clearly, two years’ touring with Neil Young as Crazy Horse stand-ins seasoned these guys. Cosmic cowboys for the 21st century, anyone?

Nelson still shows off prodigious guitar chops, but now he’d rather wring every bit of emotion out of a one-note lead than showboat all over the joint. Not that he could resist playing a solo with his teeth at one point. The late-afternoon Friday set leaned heavily on new material, but despite the cry of a steel guitar throughout, more overdrive and less twang defined these renditions.

“We’d like to do something now from someone who taught me the love of music,” Nelson declared before kicking into a faithful rendition of Tom Petty’s “American Girl.”