King MC brings his A game

Jay-Z remains one of the greatest rappers to ever pick up a mic, his place in hip-hop’s pantheon cemented. Going from scrappy street hustler to Oprah status in a career spanning 13 albums and more than two decades, the 47-year-old Brooklyn kid has nothing left to prove. Friday’s headlining set against an Austin skyline demonstrated that for better or worse. 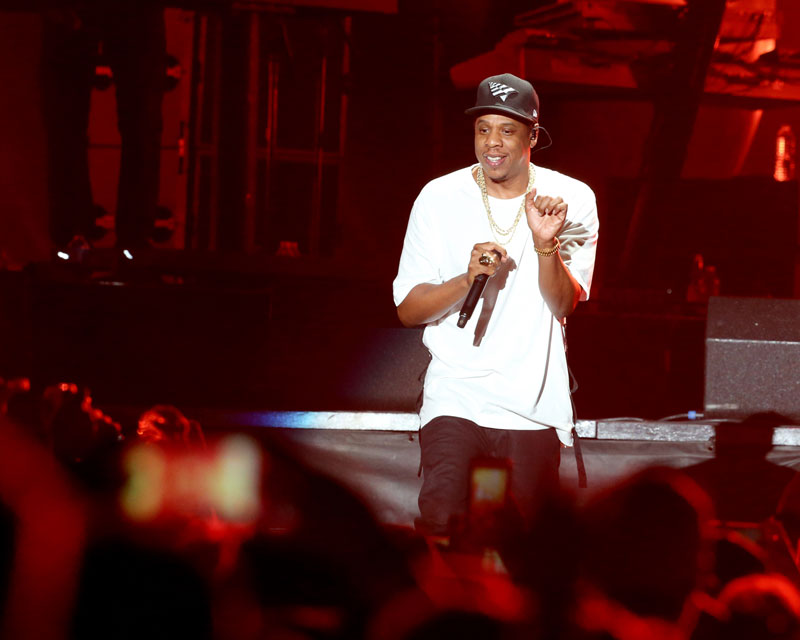 Aside from a barely visible band and a massive 40-foot metallic dog balloon sculpture by artist Jeff Koons, the MC stalked the otherwise bare stage alone. There were no special guests (#Beyoncewatch continues next week!), unless you count the Houston Rockets back court combo of James Harden and Chris Paul lurking stageside. Jay-Z’s made a career out of making hustling look easy, and that’s just what he did.

“Bounce, bounce,” he commanded before launching into Kanye West collabos “Run This Town” and “No Church in the Wild.”

From Nina Simone to Bobby “Blue” Bland, his music deftly leans on samples for hits, and the DJ let Max Romeo’s reggae classic “Chase the Devil” run long before morphing into 1977’s “Lucifer.”

“There’s a lot going on in the world, a lot of evil,” Jay-Z noted before the track. “But love will always conquer hate.”

Beyoncé was omnipresent on material from this summer’s introspective 4:44, Jay-Z’s best late-career album. His wife gets name-checked on “Marcy Me” and is the subject of “Family Feud.”

“What’s better than one billionaire? Two – especially if they’re from the same hue as you. Y’all stop me when I stop tellin’ the truth.”

So it was all great until the end which was … early. Beginning at 8:15pm, Jay-Z wrapped at 9:36pm, returning for a brief but raucous mosh-pit encore of “99 Problems.” Then he disappeared for good, 15 minutes before the festival’s traditional end time.

A couple of nearby Houston Rockets could’ve chimed in on the importance of fourth quarter clock awareness. Then again, Jay-Z doesn’t have anything left to prove. 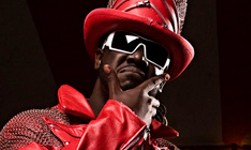