These people-powered conveyances can get small groups back to the car or back Downtown. Find them parked near the corner of Barton Springs Road and Robert E. Lee where the street gets barricaded. Look for the one with the tautest glutes and hop on board. You might want to agree on the fee beforehand lest you get surprised when you arrive at your destination.

Only you know if you’re sober enough to walk the hike & bike trail without falling in the river. 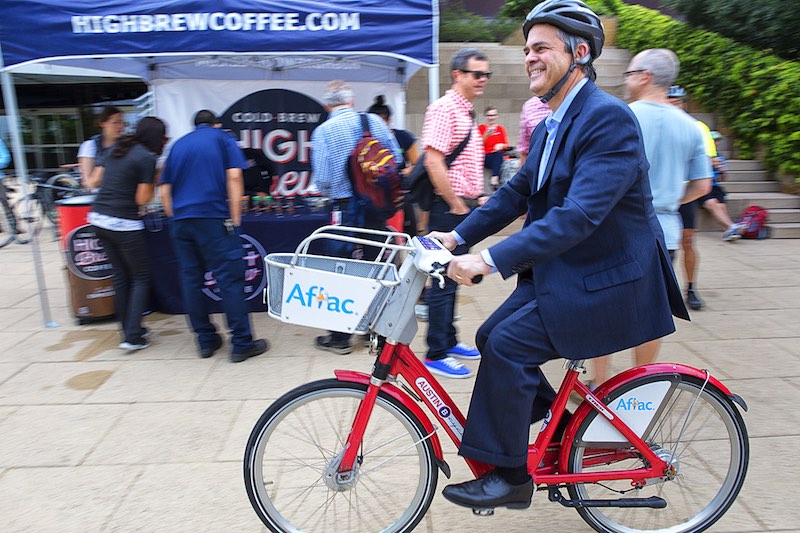 Racks are available at Lady Bird Lake Entrance and south of the Barton Springs East and Barton Springs West entrances. BYOL (bring your own lock). Don’t leave your bike locked up after 10pm on Sunday or you run the risk of having it impounded, which sounds like a total bummer.

The fine folks from Mellow Johnny’s will be at Bike Parking south of the Barton Springs East and Barton Springs West entrances to help you with any small repairs to your rolling steed. They’ll also have supplies to offer if you forgot something important.

Don’t have a bike, but love the convenience? Hop on a B-cycle from one of the 50 stations around town and pedal your way to the “B-station” across from the south festival entrance on Barton Springs Road. Valets await to take the two-wheeled loaner off your hands.

If you’re not into walking long distances or paying for services, ACL provides free shuttle service for festivalgoers. From 10:30am to 11pm, shuttles run from their Downtown station at Republic Square (Fourth and Guadalupe) to the festival entrance near Barton Springs Road and back again. Keep in mind that there tends to be a rush on the shuttles after the last shows of the night, so you might be in for a bit of a wait when you’re ready to be home.

Car2Go, the proprietors of the soon-to-be-retired squat blue-and-white Smart cars, are providing special services for ACL. Users can drive their temporary vehicle to a drop zone located at Weber Field (1704 Toomey) where a representative from Car2Go will help park it. The drop zone is located a 10-minute walk from the festival entrance – the closest parking the general public can access.

Uber and Lyft have made their less-than-triumphant return to Austin, but that doesn’t mean that the other rideshare choices have vanished. Fasten, Get Me, nonprofit RideAustin, and WingzAround are still active in the city. None of them quite have the expansive fleet of Uber or Lyft, but they've improved greatly since coming to the big leagues here in Austin. Fasten shows their fares in real time so the rider is never surprised by the bill. The company only takes 99 cents from their drivers per ride ensuring their drivers are well paid. Get Me offers a range of vehicles (yes you can request a limo) and never engages in surge pricing. The app also acts as a delivery service for when you are craving some post-festival food. WingzAround has expanded from mainly airport rides and offers a flat rate for trips. You can also pre-book rides so there is one less thing to remember.

RideAustin is the official rideshare partner of ACL and they have designated pickup and drop-off zones just for the festival. The zones are at Sterzing Street between Barton Springs and Toomey Road, Stephen F. Austin Drive under MoPac Bridge, and Lee Barton Drive between Lamar Boulevard and Riverside Drive. 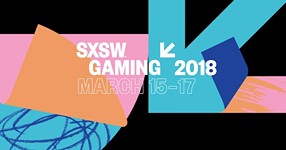