Getting existential with the organ’s greatest suitor

Antone’s is booking a who’s who of Hammond B-3 organists lately, including a summit last year with Ike Stubblefield plus locals Dr. James Polk, Mike Flanigin, and Red Young. Next month’s Clifford Antone Foundation benefit stars Stax maestro Booker T. Jones. Arguably the greatest B-3 player of all, Dr. Lonnie Smith takes a seat at the club’s organ on Friday. 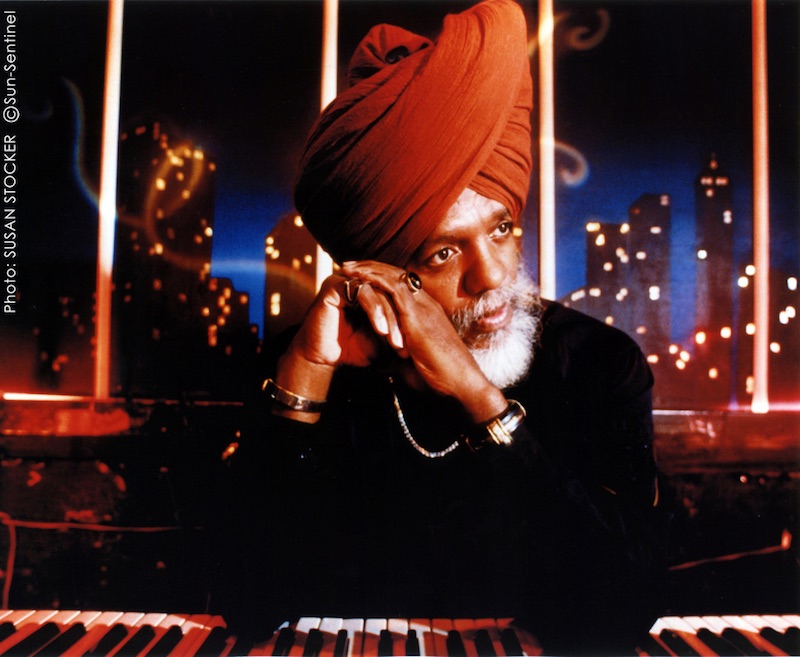 Iconic in his turban, gemstone jewelry, and long white beard, the 75-year-old New Yorker and high chieftian of the B-3 brotherhood looks the part of a mystic. He dropped his Finger Lickin' Good debut in 1967 before moving to Blue Note Records the following year and recording a series of soul-jazz master classes. Antone’s booker Zach Ernst swears Smith ranks right alongside Prince and Solomon Burke as one of the top three performers he’s ever seen.

Austin Chronicle: I want to start with what is probably a really dumb question.

AC: Organs are very big and very heavy. How did you manage to lug one around back in the day?

LS: Are you kidding me? I’m from the old school. We used to take those all over the place. It was horrible! I remember taking organs up and down the road. The cops would pull you over and wanted you to take all your equipment out of the car, and sometimes they’d take you down to the station. You’d miss a job because you’d be tied up.

Lifting that organ up stairs and over stages, over bars and things, you’d have to find people to help you move it. Musicians, we would get tired of moving it, so we’d try to find somebody to move it for $2 or $3, or for some wine or liquor or something. But they wouldn’t handle it right, so you’d be up there moving it yourself anyway. It was rough.

Sometimes you’d have to stand the organ up on end and take the door off the hinges. It was rough, and these young kids don’t know about that. It took about four people because it’s heavy, about 400 pounds. It was too much, but I went through all of that for many years.

They have what we call clones now. It’s nothing like the real B-3. It sounds similar, but a real organist can tell the difference. The people might not know the difference. They got synthesizers and little things that make the organ sounds. They’re pretty good, but the organ has another sound altogether.

If you look at the inside of a Hammond B-3 organ, it’s like a miracle. It’s like something from Thomas Edison. The makers are geniuses. That’s one powerful instrument.

AC: I can’t think of another instrument that I so closely associate with temperature. The organ can sound and feel totally cool one moment and burning hot the next.

LS: I tell you, I get that inside my body when I play it. It’s like electricity. It’s like fire. It burns through you. Everything runs hot while I’m playing. I’m totally out of it when I’m playing, into space. I’m gone. I don’t get that from any other instrument. There’s nothing like it. It just hugs and grabs you. It’s warm. I can’t explain it ... I’m in love.

AC: Is there any contradiction in the B-3 organ being able to conjure up church music in one moment, and the nastiest kind of basement funk the next? Or is that part of the appeal?

LS: The difference is what you hear. For instance, you have chicken, and you have lamb, and you have beef, and all those things. They’re all nice and good, but it’s your choice, you understand? You have rock, or hillbilly, or heavy metal, or classical, or jazz, or gospel, or Brazilian. You grew up around that. You live it.

I grew up in the gospel, spiritual tradition. I used to have to go to church every day, but I didn’t really play gospel because I started playing late, at 20 or 21 years old. Those people that play different kinds of music are just as talented as the next person, me or anyone else, even though we play different music. When you’re playing from your heart, you’re doing well.

It’s a good thing, too, because each and every one of us has a story to tell. That’s what you have to do. You have to play life. Not just notes, but life.

If you’re playing the same notes as me, you’ll sound pretty close to what I sound like – not all the way, but pretty close. I could play the same song every day, but it’ll always be different. Call and response. What happens if you play that note and it’s the wrong note. Hmmm? What do you do now? Are you afraid? Are you hurt? Are you sad? No, you’re human.

What happens if I throw a curve at you, or you throw a curve at me? Are you able to respond to that? Now what do I do? You were supposed to play something else. We can play the same chords, but we may play them different. I play by ear. So, what do you do? Are you gonna be stuck like a deer in headlights? Do you listen or are you playing just for yourself? You missed a turn because you weren’t following me. You was looking at your phone!

You got to watch and listen, keep your ears open. It’s so beautiful when you’re doing it right. As you’re telling your story, I’m trying to tell you my story at the same time. Sometimes you got to lay off and just listen to the other guy, support him.

AC: So it’s very improvisational when you’re onstage, but what parameters exist? Do you know a general set of songs that you plan to play and improvise within that framework?

LS: Years ago, I didn’t tell anyone what I was gonna play. I don’t like to, really. You don’t know how people are gonna respond! If people aren’t enjoying what you’re playing, are you then gonna just keep knocking your head against a wall? When I go to a place, I want to be able to come back for a return engagement. But if you’re not giving people what they want, you’re not coming back!

Sometimes you have to change your set list. Young guys like a set list so they’re prepared to know what they’re gonna do, what I’m gonna do. You may know the song I’m playing, but it’s never the same because that’s the way I feel today, because I’m playing life.

AC: You were with Blue Note Records in the late Sixties and early Seventies. That was a special time and place that produced some of the best music ever made. What was it like to be a part of that?

LS: It was heaven. It was a family. After all those years, we never really left each other. We were still there. We went different ways, but we still love each other. When I first went to Blue Note, I brought a different kind of music to the label.

People have angels watching over them and one of mine was Lou Donaldson. We came out with Alligator Bogaloo [in 1967] and that was a big smash. That’s how I got with Blue Note. That was the beginning of when I really took off and signed with them. Then I made a hit when George Benson and I were playing together. That’s how it happened.

When I came to Blue Note, I had been playing behind all of those Motown-type groups: Dionne Warwick, Gladys Knight, the Impressions, all of that. I love that kind of music also, so I took some of that grease that I had into Blue Note. I had a slow funky thing and I stayed with that for a while.

AC: Your 1975 album Afro-Desia had a different vibe to it. The very first thing you hear is that Afro-Brazilian percussion.

LS: A-ha! My mind was out there at that time. I wanted to do an African thing but keep it funky a little bit, and jazzy at the same time. I wanted to use at least 40 African percussionists on that album and the record company thought I was crazy.

AC: How often do you get confused with Lonnie Liston Smith?

LS: All the time – even today! After all those albums I made, they still think we’re the same person. I was out when he came out, and he ended up using two of my musicians. How do you like that?! That’s amazing, isn’t it? I even once got an award in my hometown. It was on TV and everything. My family was there. They said all these beautiful things about me and then introduced me as Dr. Lonnie Liston Smith!

I didn’t want to make the guy feel stupid, so I accepted it and kept on going.

AC: Your music has been widely sampled in hip-hop, most famously by A Tribe Called Quest. How do you feel about that?

LS: It’s a great thing, I appreciate it. They hear a sound that they like when they hear the song, and turn it into something different. After all these years, I’ve still got young people coming out to see me and that’s why. It brings the old and new generations together. And I’ve heard it. It sounds good!

I’ve taken songs that my friends have done and changed it around to the way I hear it. They might like it or they might not, but I’ve had people when I played their song that said, “That’s beautiful; I wish I had done it that way!”

AC: Do you feel a sort of brotherhood with other B-3 organists?

LS: It is a special club, a brotherhood. It’s a really close-knit family. The organ speaks to you in no other way. It’s a part of us, an extension of my body.

AC: Let’s end with an existential question. Is soul and funk an innate quality you’re born with, or can it be learned?

LS: You can’t learn it. You can show a person how to grow the seed, but they don’t know how to cook. I could play different music in different styles, but you can’t play it as well as the person who’s lived that. If I’m playing Latin music, I can do it, but it’s not gonna be as great as someone who’s lived that. If you’re playing jazz, you gotta live that life.