A New Era for the Austin Music Awards

Voting process expands as show moves to February and off SXSW

Mark your calendars, because for the first time in decades, the Austin Music Awards no longer falls during South by Southwest. Instead, the 36th annual AMAs takes place Wed., Feb. 28, 2018, at ACL Live at the Moody Theater. 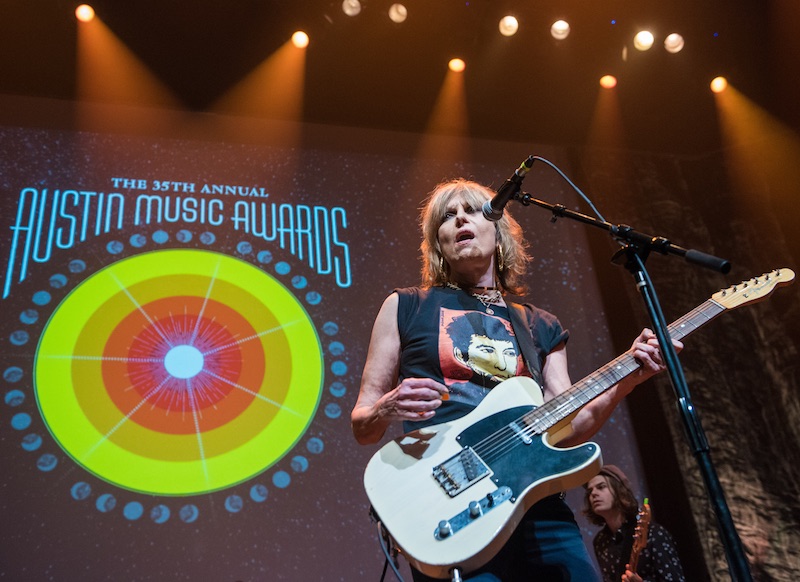 A 35-year-old mission endures: Celebrating the best of the local scene – as determined by the Chronicle’s annual Austin Music Poll – with an attendant show featuring all the pomp and fanfare of the Grammys. Modernized without obliterating decades of tradition, year 36 retools the unofficial Austin prom with overdue tweaks that quite literally signal a new day and new way for the AMAs.

The big one, of course, finds the annual ceremony crawling out from the belly of the beast. The first 34 AMAs anchored the Wednesday of SXSW Music, prime placement that became increasingly impractical for native attendees as the homegrown festival grew to become the busiest time of the year for the local music community. The AMAs, where mega stars including Pete Townshend, Bruce Springsteen, Robert Plant, and Chrissie Hynde mix with local favorites and breakouts, tasted independence In March when it moved up a few days to the Sunday of SXSW Interactive. This year, the Awards stake out an even earlier date two full weeks before the music world at large descends on Austin.

Another crucial shift sees the 2017/18 Austin Music Poll getting a tune up. The social media free-for-all of online voting this last decade has sometimes resulted in cringe-worthy Top 10 finishers that bear little or no resemblance to the vitality and virtuosity of the local scene. This year, we’re attempting to better reflect the excellence of Austin music with a system shaped both by community input and nominations from an expert editorial board, ultimately resulting in the AMA’s first ever multiple choice ballot.

The new process breaks down into a preliminary round of open voting followed by a finalist ballot. From Nov. 17 through Dec. 11, Austinites can write-in their favorites in all fortysomething categories from Album of the Year to Best Poster Artist. That preliminary outcome, moderated by our editorial board, culminates in five nominees from each category. John and Jane Q. Public then have between Jan. 5 and Jan. 22 to vote their favorites finalists. Artist winners debut at the AMAs on Feb. 28, while industry winners will be honored at the loose and rowdy Austin Music Industry Awards a few days prior – Sunday, Feb. 25, at the Palm Door on Sixth.