The Church last appeared in Austin two years ago for South by Southwest, which helped touch off a revival for the 1980-born Australian group. Monday night at 3ten ACL Live, the band remained at full strength, while delivering an expansive, two-hour set for a full house. 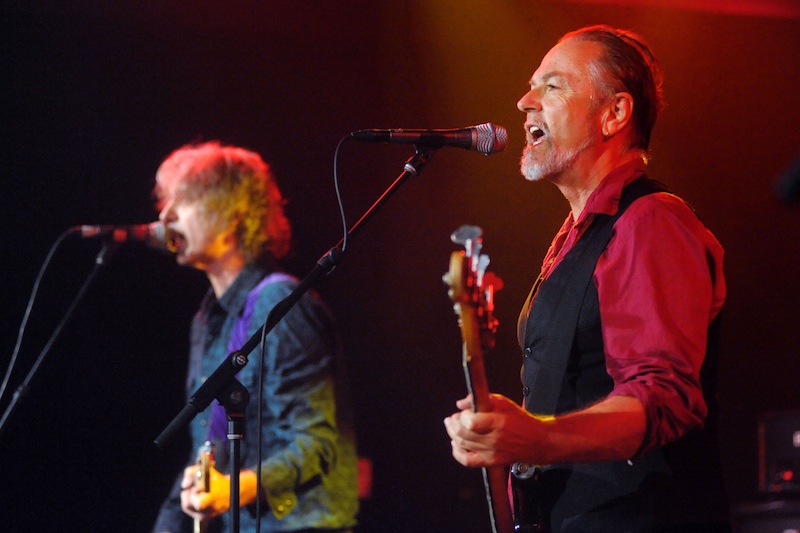 Back in 2015, personnel turnover, financial difficulties, and public indifference had finally been alleviated by a new guitarist, an Australian lifetime achievement award, well-received retrospective tours and, most impressively, Further/Deeper, an excellent new LP. With a new lease on life, singer/bassist Steve Kilbey, guitarists Peter Koppes and Ian Haug, and drummer Tim Powles came back swinging, reminding everyone at the festival that they still mattered.

As has been the case since its 2009 album Untitled #23, the Aussies swirled happily in their acid bath, letting the jangle-pop lie dormant. Given that Koppes, Haug, and Cain all boasted two massive guitar pedal boards apiece, the band had no choice but to ride into the ether. Reverb, distortion, flanging, tremolo, phasing, and delay soaked nearly every six-string, 12-string, and slide guitar, whether acoustic or electric.

Koppes and Haug often abandoned the usual rhythm/lead setup, preferring seemingly simple guitar parts that avoided strummed chords and interlocked into a shimmering lattice of amplified wonder. New tunes “Another Century” and “Undersea,” plus recent classics “Toy Head” and “Miami,” wouldn’t reach their potential without enough effects to keep their guitar techs busy. That doesn’t mean the set drifted in space, however.

Indeed, the ability to pull hooks out of atmospherics remains a Church hallmark. Exhibit A: “Under the Milky Way,” the band’s “Stairway to Heaven.” The quartet’s meticulous craft in writing and recording gives its show a foundation that allows the musicians to be playful with the material, unafraid to cut loose.

By the time the main set came to a close with “Milky Way” and its LP mate “Reptile,” the performance bordered on sloppy, with the bandmates exchanging the kind of smiles that indicate clams and miscues. It didn’t bother anyone on- or offstage, everyone enjoying themselves so much that the two pre-planned encores felt earned.