Providence-born California transplant, John Dwyer set the gold standard for a constant stream of pummeling output. After 20 years leading various acts including the Coachwhips and Damaged Bug, the multi-instrumentalist has become god-like within punk. His most prolific project, Oh Sees, plays Hotel Vegas on Labor Day. 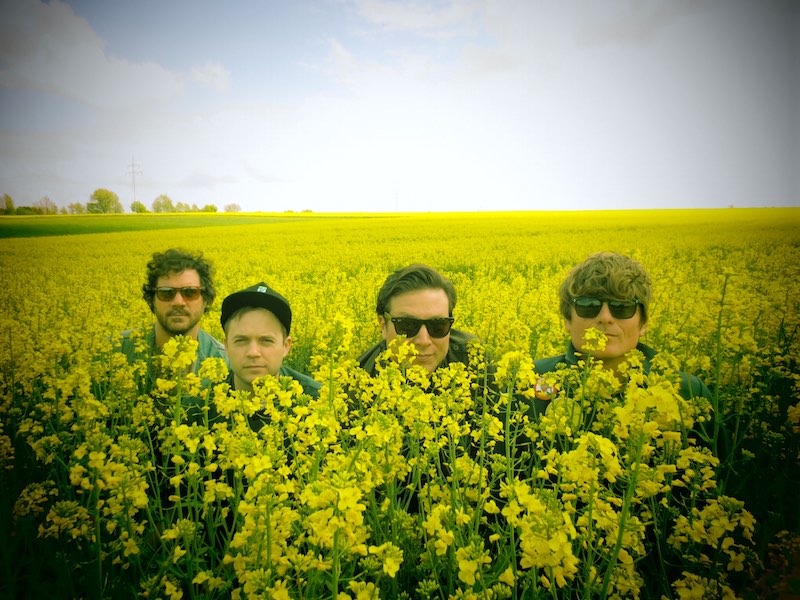 Austin Chronicle: There are some really prog moments on A Weird Exits and even more so on the Oh Sees’ brand-new album, Orc. Is that an intentional direction you’re taking the band?

John Dwyer: I think so. The players I have right now are getting fit and faster and more innovative, searching for something that doesn’t bore them. They all like really nerdy music as well. I think that’s the secret behind the music industry: Half these people are just total nerds and this is their outlet. You know what I mean? It’s a good thing. I’m embracing it.

AC: Since you have such a disciplined, prolific, music-is-work approach, do you ever feel burned out on it?

JD: I don’t think I’ll ever burn out on music. A lot of stuff I’ve done in my life or been into, I’ve gotten bored with, but music is interesting, ’cause there’s always room to change or move around or innovate. I found the thing I wanted to do.

It’s totally exhilarating to write. I like writing alone, I like working with other people, I’m all about all the aspects of it. Every stage of the process is thrilling to me, still. And I said that in the most monotone way possible, but I truly do believe it [laughs].

AC: You had Coachwhips, you have Damaged Bug, but why is Oh Sees the most prolific of your musical outputs?

JD: It’s easier to tour on. It just got to a point where we got recognition because we’d been out in the trenches for so long. People recognize that. I think if you stick with something long enough people will notice, and if it’s any good, people will like it.

We work nonstop, always. We’re always traveling, every year, nose to the grindstone. It is work, but this is the project that’s gotten response. It also works really well live. It’s not complicated to do.

Damaged Bug, for instance, is a solo project I do at home, and if I was to do a live band of that it would entail a lot more than Oh Sees. I’d probably need more players. It sounds simplistic, but there’s a lot more going on. There’s five keyboards per song or stuff like that.

Also, I just got really bored of Coachwhips. That band, you can only do it for so long. With Oh Sees, there’s more room to expand. Coachwhips was a very linear, boxed-in concept for a band. Coachwhips, at the end, I was like, “Aaaand done!” [laughs].

AC: Did Providence’s gritty DIY ethos inform you growing up?

JD: Yeah. I took that with me from Providence. I learned from everybody I played with there how to do your own thing. We didn’t have a booking agent up until Oh Sees pretty much. I was booking myself for years. Providence has that strong core, that work ethic. Those kids fucking work their asses off, whether they’re students or townies from Providence. The group I grew up with was really inspiring and really strong-headed, and I took all that with me to SF.

I got to San Francisco and knew one guy. I stayed at his house for about a week until I got my first apartment and job all in a week. Then, in a month, I had a practice space lined up and was playing with somebody. That was all East Coast right there, for sure. I was hungry for it back then.

I still work like that. I still move fast, like I’ve replaced band members at lightning speed. Someone will leave and it’s like, BOOM, a week later someone’ll be like, “You already have a new drummer trained?” I’ll be like, “Yeah, fuckin’ on it. I made that phone call moments after that guy walked out the door” [laughs].

AC: At what point in doing this did you realize you could say “fuck it” to industry standards and do what you want?

JD: That was a good day. I’ve always felt that way. I never understood certain things about industry standards, like why bigger bands want an opening band and why they wanna pay them “the industry standard.” When we were younger, we were like, “Well, fuck that, we’re not gonna tour with this band and make $200 a night when we could play our own shows and maybe make $300.”

I was kind of a dickhead when I was younger, like, “Fuck that, I’m gonna do it my own way!” And it totally worked. Which is a miracle, ‘cause I can’t say that’s the case for most rash decisions I’ve made in my life. I own everything that I put out, for one. The only industry thing I ever stood by that just seemed to make sense was don’t put out a record in December. Other than that, I can put out two records in one day if I want. Screw the naysayers, it doesn’t matter.

AC: So you approach running your label Castle Face with the same ethos in mind?

JD: My partner Matt Jones runs the business end of it ‘cause he’s a total workhorse as well. He and I are very similar and very different in a lot of ways, but his work ethic is such that I can call him and say I need this today and he can fucking bang it out if he has the ability to. We’re doing books this year. We did my first book, posters of mine, just because we can.

If you have the ability to do it for yourself, I always recommend it. That way if something goes wrong, you only have yourself to blame. When we start getting into a chain of people for things, just in my experience, something always comes out a little wrong. Just too many cooks in the kitchen.

Me and Matt run the show ourselves. We just do whatever the hell we want. We do two records a month, which is kind of unusual for a small label. It’s kind of a lot, but there’s a lot of good shit out there.

AC: You play Austin a ton, so any standout memories playing here?

JD: We’ve probably played Austin more than any town except for maybe towns I lived in at the time. Austin’s a great place, man. One that pops into mind is we did that residency at Hotel Vegas a couple of years ago where Bushwick Bill jumped up onstage with us and we did a nine-minute jam he sang over. And actually, I don’t think it sucked, which is a fucking miracle. I remember looking at him and being like, “Please don’t suck, please don’t suck, please don’t suck.”

Then, when we were playing, I thought, “This actually sounds all right, man,” like, shockingly.

I’ve gotten arrested [in Austin]. Well, not arrested, but yanked offstage and thrown into a cop car by a cop who eventually released me after a bunch of people pleaded with him not to arrest me for being a dickhead. It’s really hard to have a bad time there.

I mean, I’ve had a bad time there, but it’s really rare compared to most places. And usually it’s my fault, not Austin’s fault. I don’t blame Austin for nothing.