When Robin Pecknold reunited Fleet Foxes for June’s Crack-Up, the comeback hung on whether their northwest harmonies still resonated after a six-year absence. Music has shifted dramatically since the band’s 2011 sophomore effort Helplessness Blues. On Wednesday, for the first of two sold-out shows at the Moody Theater, any doubts proved moot. 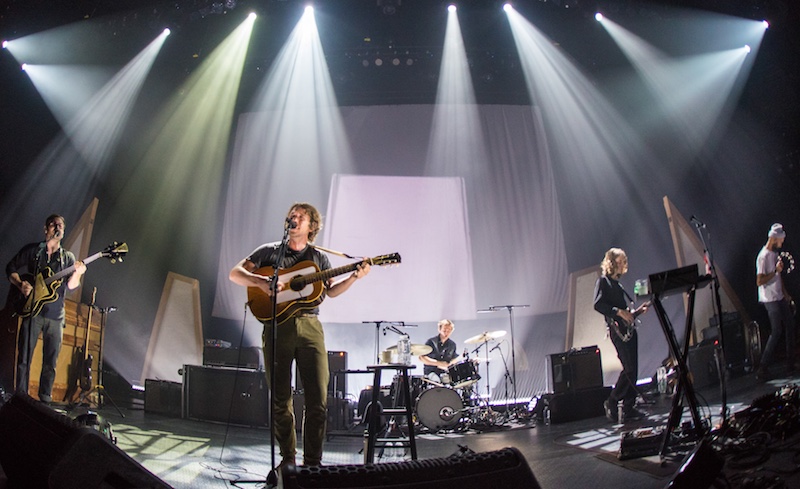 The folky indie drift of Fleet Foxes retrospectively soundtracks a significant signpost in the ascension of bearded, mainstream roots howls and harmonies. On the surface, their soothing chants and rounded choruses seem almost innocent in the face of today’s social unrest. And yet, Crack-Up spins anything but a naive attempt to recapture Fleet Foxes’ past glories.

Complex, anxiety-addled, and experimental, the new album plays out more like Alt-J’s twisted turns rather than their own blog-buzzing anthems of the previous decade, while still maintaining familiar, high-floating harmonies. Opening the band’s first night locally, the sextet drew a line through their material that drifted through chaotic clashes and rising moments of poignant beauty. The result was a complex tension that fracked the idyllic fields of their legacy into a turmoil both disturbing and relevant. 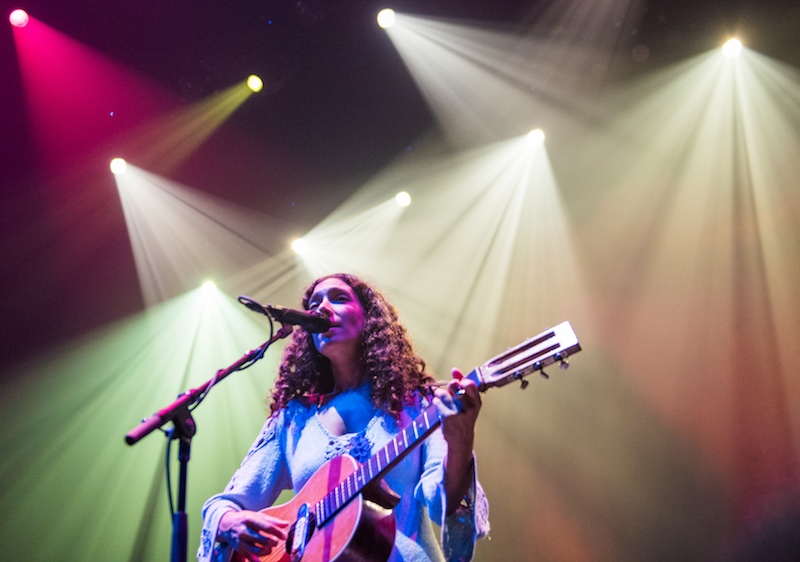 Over the headliners’ nearly two-hour, 22-song run, Pecknold and company maintained a tight set list that hasn’t varied over recent shows, understandable given the complexity and flowing segue of the songs and frequent exchange of instruments among the group. The initial burst surged through 15 minutes of Crack-Up’s opening numbers, “I Am All That I Need/ Arroyo Seco/ Thumbprint Scar,” “Cassius, –” and “– Naiads, Cassadies,” whose sharp changes of tempo and slow torques of intensity telegraphed Fleet Foxes’ determination to unsettle. 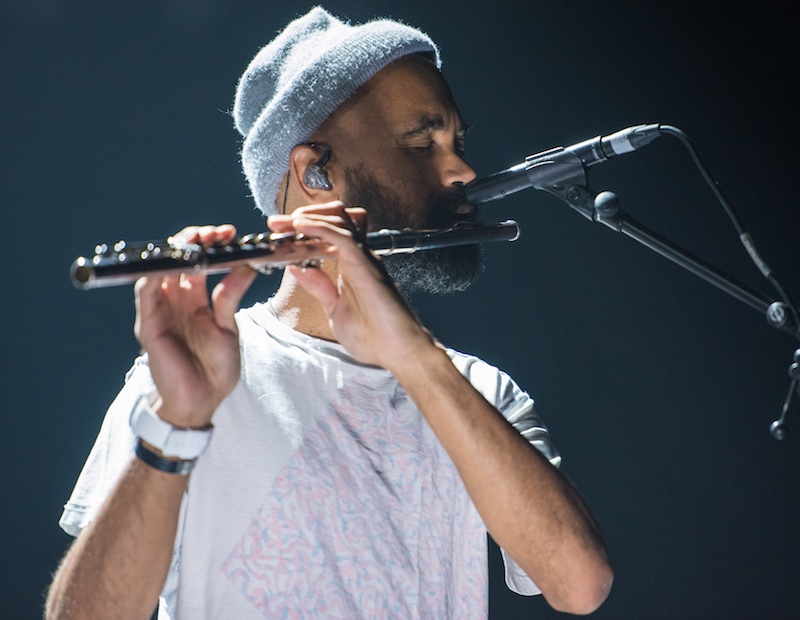 The song cull cut equally across all three albums, though the crowd’s most enthusiastic responses still rose for material from the band’s 2008 debut. “Ragged Wood” and “Your Protector” pushed first into the archive, and largely maintained their familiar arrangements. Morgan Henderson mesmerized at the side of the stage through a range of instruments, helming everything from upright bass to saxophone and flute as the band dipped into instrumental “The Cascades” and back into new material with “Mearcstapa.”

Most impressive throughout was how well the decidedly more adventurous new songs meshed with the older tunes, lifting the underlying complexity out of the past material even as transitions at times dropped awkwardly. Pecknold’s stunningly versatile vocals also maintained across the performance, stretching uncomfortably in brief moments, but gorgeously powerful for the show’s centerpiece highlight: the band leaving him to sing “Tiger Mountain Peasant Song” solo.

“The Shrine/ An Argument” from Helplessness Blues signaled the closing turn with a nearly 10-minute jam, capped in a cacophony of screeching sax from Henderson as the song washed into a flotsam and jetsam of noise. In following, “Blue Ridge Mountains” cast its darker tinge into the closing swell and percussive barrage of “Helplessness Blues.” 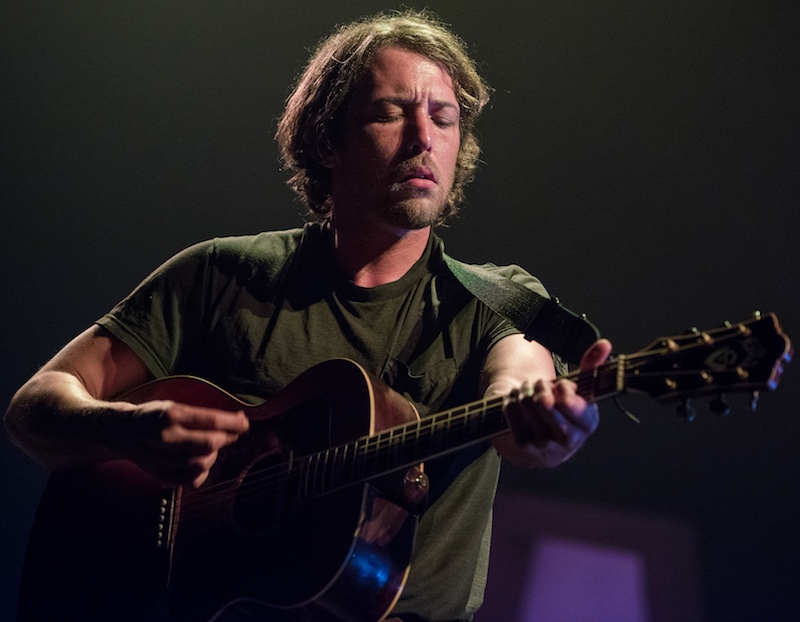 Emerging solo for a quick two-song encore, Pecknold bantered playfully with the audience even as a noticeable contingent of the crowd filed out before he launched into “Oliver James.” The full band returned for an appropriate finale of the new album’s title track, emphasizing that in the “Crack-Up,” Fleet Foxes has broken into fascinating new territory.