Unstoppable since 2013’s Southeastern, Jason Isbell upped the ante on his sixth solo album, last month’s The Nashville Sound, cresting behind his band the 400 Unit. He credits his creative rejuvenation to sobriety, but at Friday’s first of three nights at the Moody Theater, he proved his greatest inspiration stands stage left of him playing fiddle. 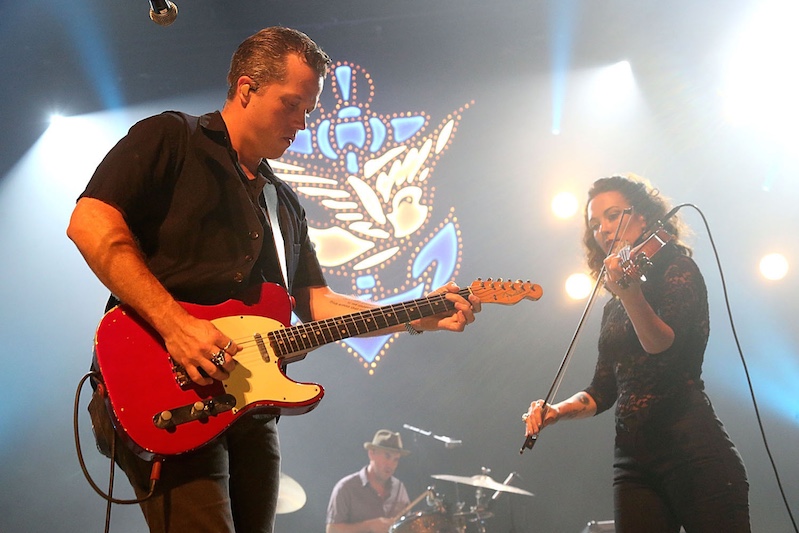 Amanda Shires, Isbell’s wife and an equally gifted songwriter, acted as foil to Isbell’s understated emotionalism even as her sharp bowing shaped the material live. The two locked eyes meaningfully across songs that drew on their relationship, like “Molotov,” Isbell later introducing main set climax “Cover Me Up” with a heartfelt dedication to her as she stood to the side.

It’s easy to imagine the couple touring together in a powerful duo show, trading songs, which tonight and Sunday at the same venue might accommodate since Shires opens both performances. Last night, the evening led with the Mountain Goats, who made for an odd aesthetic pairing. Austin being Austin, John Darnielle’s seminally witty indie rockers brought out their share of fans to the sold-out house, and Isbell’s remarks from the stage emphasized his own fandom and appreciation for the North Carolina trio. 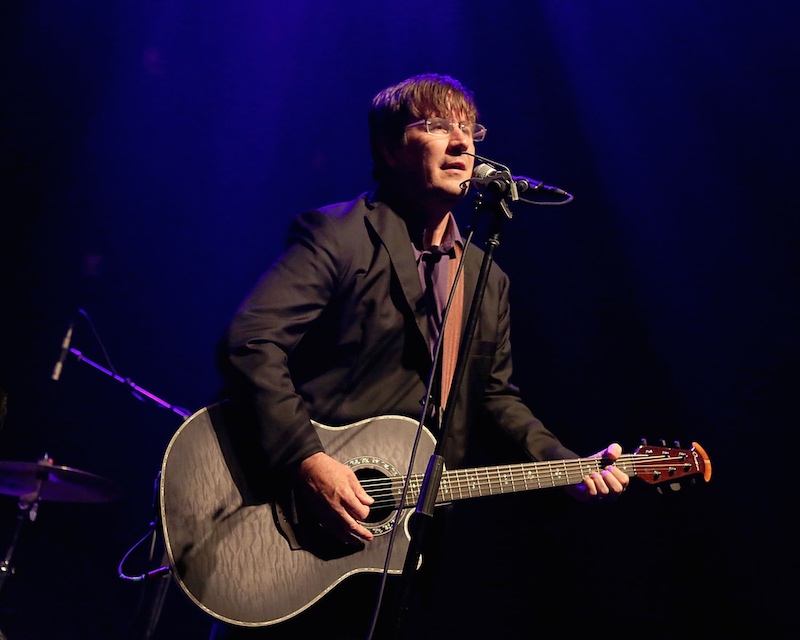 Isbell kickstarted his 90-minute, 18-song set astride the anthemic burst of “Hope the High Road” from the new LP, then cut back into highlights from 2015’s Something More Than Free with “24 Frames” and the album’s title track. New tune “White Man’s World” brought the singer’s sharp social bite to the fore, burning against Shire’s hard fiddle solo, while the accordion-laced “Codeine” from 2011’s Here We Rest offered the deepest dip into Isbell’s back catalog.

The set drew prominently from The Nashville Sound, which clearly resonated with the buzzing crowd, and the sixpiece band brought even more punch to older material like “The Life You Chose,” spearheaded by Sadler Vaden’s lead guitar. Southeastern ultimately served as primary touchstone for the audience judging by the reaction as Isbell announced his run into the album with “Flying Over Water,” “Stockholm,” and the dramatic “Cover Me Up,” the full band slowly folding in.

“Anxiety” closed the main set in a roaring barrage and set up a short, exquisite encore. Isbell noted through his hard-clenched drawl how much he appreciated playing at the Moody, “a place designed from the ground up for the type of music we play.” He then dropped into poignant new tune “If We Were Vampires” in harmony with Shires.

Launching a 10-minute jam of the Allman Brothers’ “Whipping Post,” the finale proved epic, showcasing the bandleader beyond his exceptional songwriting ability. In those thrilling moments, Jason Isbell & the 400 Unit assumed the Southern rock mantle even as they remade it. 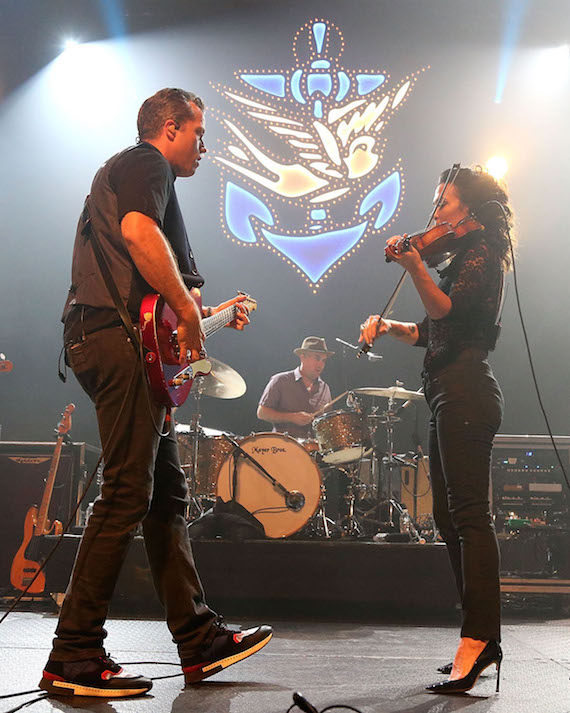 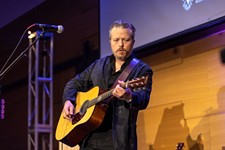 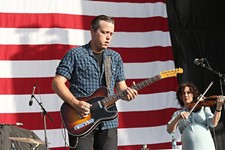