Solo debut Thawing Dawn coming out in October on his own imprint, Parquet Courts frontman Andrew Savage performs his gentle tongue twisters for his home state. The Denton native makes a sweep through Houston, Dallas, and Austin before launching an extended solo trek in November. His Saturday set at Barracuda slots into Hot Summer Nights’ free weekend. 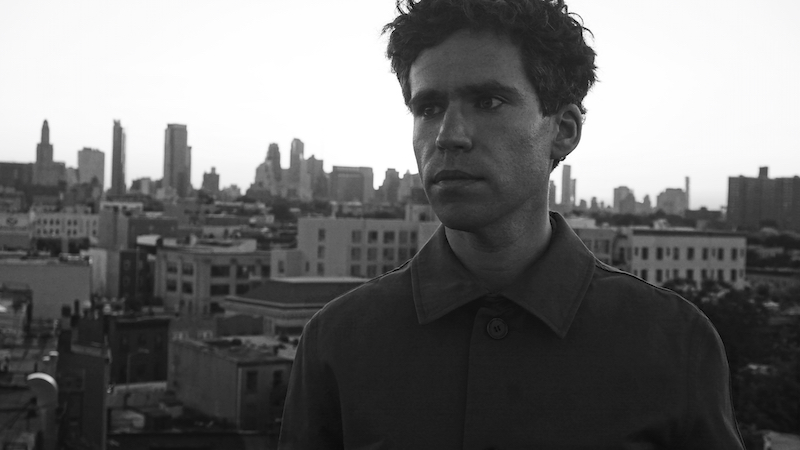 Austin Chronicle: How did this new project get started?

A. Savage: I’ve done a few [solo performances] over the years. As far as playing songs I’ve recorded for this A. Savage record, I guess I’ve done three here in New York, but this one at Barracuda will be the biggest one for sure, and the other two that are happening in Houston and Dallas.

Once I realized that I have a small body of work there, that’s when I started understanding the certain stylistic theme that was happening. Once I became conscious of that, I started writing new stuff to go along with all this old material.

AC: Why was right now a good time for this solo album?

AS: Well, Parquet Courts has no releases this year and touring-wise, we’re playing less this year than we have in the past four years. I guess it just seemed like good timing. We are writing and demoing, and will record a new record this year, but as far as live stuff goes, it’s been much more low-key. Our guitar player just got married. Since it’s time to work on new stuff for Parquet Courts, that frees up a lot of time to play live in this other thing, and I love playing live and touring.

AC: Did you particularly want this to be a mini Texas tour?

AC: How will these songs sound different from Parquet Courts and your other projects?

AS: There’s something about them that just didn’t fit [with Parquet Courts], and I don’t know if that’s an aesthetic thing or something beneath the surface, but for some reason or another it just didn’t feel right. I’ve got a pretty good idea of what I want the next Parquet Courts record to sound like and it sounds nothing like this A. Savage material. It’s just a gut feeling, really.

AC: Is there anything behind you going by A. Savage?

AS: In fact, I’ve never identified myself as Andrew Savage going back to every record I’ve played on in the last 10 years. It’s other people who choose the path of formality and call me by my full name, but to me, I’ve always been a savage.

AC: You’ve had overlapping musical projects in the past. Do you like having multiple outlets that you’re writing for at one time?

AS: I like a productive, creative life. That’s the point of life for me. When you are creative and you’re making something, sometimes it’s hard to channel it into just one thing and have that thing be coherent and mindful. Sometimes, because we are complex people, I think it requires a little bit of discerning to ask yourself: What does this fit with? Is this Parquet Courts or is this something else? Something intuitively made me think that, no, this is something else.

I don’t know that I like juggling multiple projects, but I do like creating as much as I can and I guess at a certain point it becomes important to ask, you know, what am I making and how does it relate to everything else that I’m producing?

It’s easy for me because I do visual art as well, so in doing that I’ve got to keep myself cognizant of how that communicates with the visual art that I make for music, like Parquet Courts' album artwork, for example. I don’t want it to be too similar. I want my nonmusical visual art to definitely be a thing of its own, while at the same time, all of it – music and art – has some sort of holistic relationship.

AC: While you’ve been based in New York, what’s kept you connected to Texas?

AS: Well, certainly people. I moved to New York from Denton, Texas, and it seems like most of my Denton friends from college either moved to Austin or moved to New York, so I definitely have people there. My parents are there in Texas.

You find it coming up in a lot of artists’ works: repeatedly returning to their point of origin. I’m indebted, or at least spiritually tethered, whether I like it or not, to the place where I’m from. It’s not the place where I live, but it’s the place where I came from and I still have people there that I love very much, like [tour accompanists] Payton [Andrew Green] and Bradley [Kerl]. It’s there. It’s always going to be there probably.

AC: Any early memories or associations with Austin from the perspective of growing up in Denton?

AS: Well, of course I would go down there for South by Southwest, stuff like that, and it was really fun when I was a kid. When I was in high school and college, that was always a blast. Denton was lucky, especially during those times, because we got all the shows that Austin got the day before.

But I never aspired to live in Austin. I never tried to make it home. It’s weird when you live outside of Texas and you’re from Texas, and you read what people think. They think that everything outside of Austin is just this barren redneck wasteland, just like this awful red state hellscape. If you can read and your eyes aren’t crossed, people just assume you’re from Austin, and you’re like, “No, I’m from this other place called Denton, Texas,” and then they look at you mystified like you just rode into their lives on a horse or something.

I’ve never lived in Austin, but a lot of people do jump to the conclusion that I have. It’s so funny. I read all sorts of crazy shit about my life story that isn’t true, about how Parquet Courts started in Austin, Texas. People just kind of decide something is true.

Growing up in Denton, I was quite fond of the music scene in Denton, and that’s something I’ll always have as the scene that got me truly into music and playing live and touring. All that stuff came to fruition in Denton and had very little to do with Austin.

AC: Any recent influences that impacted this solo project?

AS: No, not any specific aesthetic influence that I can point someone to for guidance as to how it’s going to sound. Really, it just sounds like me. It’s a style of songwriting I’ve cultivated in private over the years. It sounds like the voice in my head.

AS: Collaboratively, yes, definitely. Often someone will describe the whole song soup to nuts, show it to everyone else, and we’ll learn it and maybe some personal touches will be added to it, of course.

These songs are just different from Parquet Courts by virtue of I’m the one that is writing and arranging everything. There’s a lot of talented musicians that play on my record, but in many cases on the record it’s done really quickly and they’re just kind of playing the line that I hum out to them. There’s some songs where I play nearly everything on the record.

It is very different. The relationship between me and the musicians on the record is a different one from me and my bandmates in Parquet Courts.