Utilizing a sample of TLC’s “No Scrubs,” heavily featured with purpose, the Dallas native asks a series of questions to whoever’s listening, but mostly to himself. He wonders, “What’s the point of destiny?”

“The song is about overcoming the voices in our head and surrounding environment that hold us back from becoming the person we want to be,” says Omenihu. “The sample is so important, because every day we’re directly or indirectly called scrubs, and being rejected based on other people’s standards is common. It’s up to us on how we react to this negative energy.”

For the rapper, his song has become a battle hymn and daily affirmation to continue believing in his journey.

“It’s a reminder for myself as an artist, and it’s a declaration of my capability,” he says. “Every time I perform this song, it gives me more confidence in my own abilities and vision for myself as a hip-hop artist in a city like Austin.” 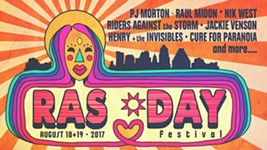