News broke last week that owners of Stubb’s Waller Creek Amphitheater have taken steps to change the music venue and restaurant’s name to Liberty Lunch, an iconic Austin concert hall in operation 1975-1999. Many considered it successor to the Armadillo World Headquarters, which closed in 1980. 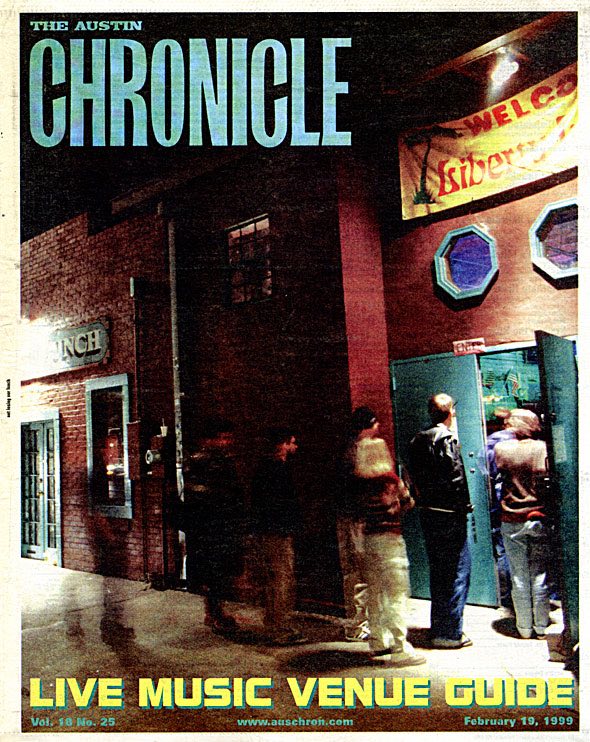 The front of Liberty Lunch the same year it closed. After the club was torn down, Lamberts restored the Schneider Brothers Building, a designated historical site that sat on the northeast corner of the live music venue’s footprint.

The potential name change results from a two-year legal dispute over trademark claims following Stubb’s Bar-B-Q Sauce makers One World Foods being sold in 2015 to flavor giant McCormick & Co. A recent agreement, made public last Thursday, reportedly phases out the use of the Stubb’s name for the popular Red River venue. The following morning, paperwork was filed with the Texas Secretary of State, reserving the name Liberty Lunch for the C3 Presents-booked venue.

Over the weekend, “Playback” spoke with Mark Pratz, who operated Liberty Lunch for two decades with wife Jeanette (J-Net) Ward and initial business partner Charlie Tesar, to get his thoughts and perspective on a new era for his famous brand.

Mark Pratz: Absolutely not. The story is that [Esther’s Follies founders] Michael [Shelton] and Shannon [Sedwick] leased the property, which was an abandoned lumber yard on Second Street in the Seventies, and started selling food and doing bands. While playing with names for the business, they were sanding down the front of the little brick building and found the words “Liberty Lunch” painted on the front wall.

The story then goes – we never researched it because we were living hand-to-mouth just trying to keep it going – that, back in the World War II times when liberty bonds and the whole liberty thing was a big push, someone may have opened a little soup kitchen or something like that in the building. Other people say, “Oh, that was an old taco joint in the Sixties and early Seventies!” I don’t know.

We didn’t make it up. Neither did Michael and Shannon, and certainly Charlie [Tesar] didn’t. I always thought it was a rather silly name.

AC: What was your reaction last Friday when suddenly Liberty Lunch was in the news as a possible new name for Stubb’s?

MP: Well let’s be real clear. They came over to open Liberty Lunch with us on their property back in 1999 [following the original site’s redevelopment]. We tried for two years and the city even loaned us money. I have blueprints of what the building was going to look like. Liberty Lunch was going to be very much like what ACL [Live at the Moody Theater] looks like right now – kind of a two-story, indoor thing and Stubb’s was going to stay the other half and be the outdoor part.

AC: How large was the inside venue going to be?

MP: Around 1,400 to 1,500 seats. That lot on the north side of Stubb’s, that little building, was going to get torn down. We went in together on this with four guys we knew: Charles Attal, Jeff Waughtal, John Scott, and another guy named Scott – whose last name I can’t remember right now. We were excited and we were rolling plans out, but it turns out – and it’s still the case until the Waller Creek [redesign] is done – that the property is in a floodplain, meaning you really can’t build down there very easily and certainly not cheaply.

So there were difficulties in permitting, in terms of what we’d have to build, and cost, which skyrocketed to well over $1.5 million, and the Stubb’s guys were like, “You know, we have a whole bunch of different investors in this company and they don’t want to see this happen.” I think, more than anything, it was just sticker shock.

It was a sad event and we were tired after two years of thinking we were going to get there when we basically agreed, “It’s off.” So Stubb’s assumed the loan and we departed and went about our lives. I believe getting out of it saved my life in some ways.

Back in 1999, Stubb’s was the closest thing to what the old Liberty Lunch was like before we put a roof on it. It was an outdoor, seedy place and, while there were already money guys coming into the deal, the owners were just kids who’d come to do what we had done. We thought, at that time, it would be a good thing, because the goal was always for Liberty Lunch to live on.

We’d love to be the ones who did it, but at the same time, it doesn’t have to be.

AC: When did the Stubb’s owners acquire the Liberty Lunch trademark?

MP: Seven or eight years had gone by and then Charles and Jeff called us and said, “We want to meet with you.” We met with them and they wanted to buy the name from us. At that point, I’m closing in on 60, J-Net’s got a career, and we’re looking for a retirement or something. We knew we weren’t going to bring it back ourselves. We don’t have the resources, and we weren’t young enough to do that.

So we came to an agreement with them. I like to jokingly say that we looked at what the Antone’s agreement was [when the former owners of Emo’s briefly acquired rights to the Antone’s brand] and said, “Oh boy, those guys got a bargain!” So that’s what we did. We sold what we believed were our operative rights to them.

AC: Would you characterize it as a five-, six-, or seven-figure deal?

MP: No, I wouldn’t characterize it as anything, but it was sold and they told us that Stubb’s has a lot of people in it and they have lot of ideas and a lot of differences, and they had a board and the board didn’t always agree with itself, so I believe that Liberty Lunch was supposed to be a bargaining chip. Whoever might have gotten power in the board might have been able to say, “You know what we’re going to do? We’re going to rename this place Liberty Lunch!”

I’m still 30 percent sure they’re not actually going to go through with it. I don’t believe they want to call it Liberty Lunch, frankly. I believe they’d love to keep it Stubb’s.

That’s what they built it as. In the same way that Liberty Lunch is our identity, that’s theirs. Still, they’re savvy businessmen and there’s ACL Fest and there’s Lollapalooza and all that, so it’s all one big ol’ brand buying, swapping thing.

Truthfully, our motivation to sell was to get some money out of it, but also we believed that the name was important to Austin music and it was eventually going to go in the dust-heap of, “Oh, remember Liberty Lunch?” Some day there won’t be enough people that remember it.

AC: Have you gauged a reaction from your community?

MP: I realize that there are a lot of mad people and we feel very badly. We were a tiny bit surprised, but we understand why people would be upset and feel like their memories are getting co-opted by corporate greed and all that. We have mixed feelings, too. Obviously our identity is very tied up in Liberty Lunch, but nobody put a gun to our heads, and we like knowing the name could live on.

Plus, there’s a little piece of me that’s happy to see Stubb’s coming down and Liberty Lunch going up. It’s a better brand! Come on man, it is!

We were kind of known for our demeanor, outgoingness, and mom-and-pop mentality. Whether they’ll be able to fulfill the Liberty Lunch thing in that way I don’t know. Still, some part of me says, “Why not?” It doesn’t have to be me. I had my time and it was the best time.

AC: It’s also something we see a lot in Austin. Neither the current Emo’s nor Vulcan Gas Company is affiliated with original ownership or the specific culture their names are famous for, but it also raises the question of why don’t people just come up with new names?

MP: I don’t know, man. Let’s face it: Liberty Lunch is the goofiest name in the world. What does it even mean? Its popularity didn’t come because of that name. No one came to us because we were called Liberty Lunch. It’s about square footage, real estate, how many people you can pack in, how much money the band can make, and how much money the agent can make. That’s the bottom line. Any promoter in the world will tell you that.

You can get a big room and it’s a shitty room like the Austin Music Hall was, and it doesn’t work. Or you can get a good room, but have shitty people running it, and you’re shady and rude and arrogant, and it’s not going to work. Liberty Lunch just wanted to book bands, and we were excited and grateful that people would come to such a dump and had so much fun. 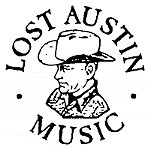