Exactly 100 seconds into the video for Transit Method’s “Parasight,” which finds the Jersey-bred/Austin-based heavies jamming in a rundown warehouse, a Motörhead-reminiscent riff unfolds into an epic, three-section breakdown/solo that recalls the instrumental explorations of Rush. 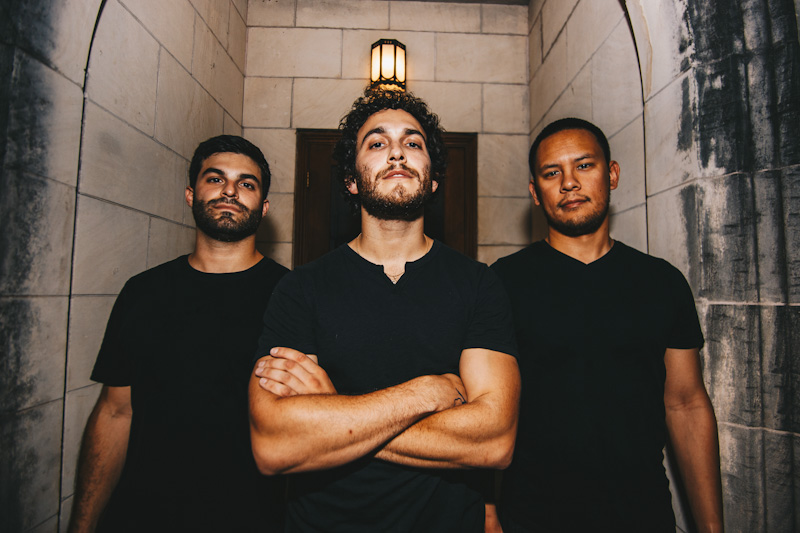 Any concern that burgeoning sensibilities for “chill” music and festival-sized ensembles could relegate elemental guitar/bass/drums combos to the endangered species list is assuaged by Transit Method, which exemplifies rock’s purest artillery and how to use it.

The group, anchored by siblings Matt (vocals/guitar) and Mike LoCoco (drums), follows up an EP and a seven-inch single with their debut full-length, We Won’t Get Out Of Here Alive, out August 18 on Brutal Panda. That Relapse Records-affiliated, mostly local vinyl label, which issued Cherubs’ monumental 2015 comeback 2 Ynfynyty plus the subsequent Fist in the Air EP, put out wax by fellow Austinites Boyfrndz, who also emit a modern take on prog-influenced heavy music.

“Our interpretation of ‘Parasight’ is the ability to see all – past, present, and future – continuously,” says Matt LoCoco of the lead single. “It’s impossible for a human being to do so, therefore the song poses the question of what life would be like if it were. Would you like what you see?

“In this instance, that’s not the case – the message being to approach life one day at a time and embracing what you have in the now.“

We Won’t Get Out of Here Alive was produced locally by Gary Calhoun James at Bell Tree Studio. 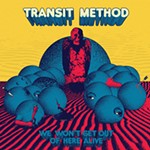 Transit Method
We Won't Get Out of Here Alive (Record Review)