Sigur Rós Strips Down to Spellbinding 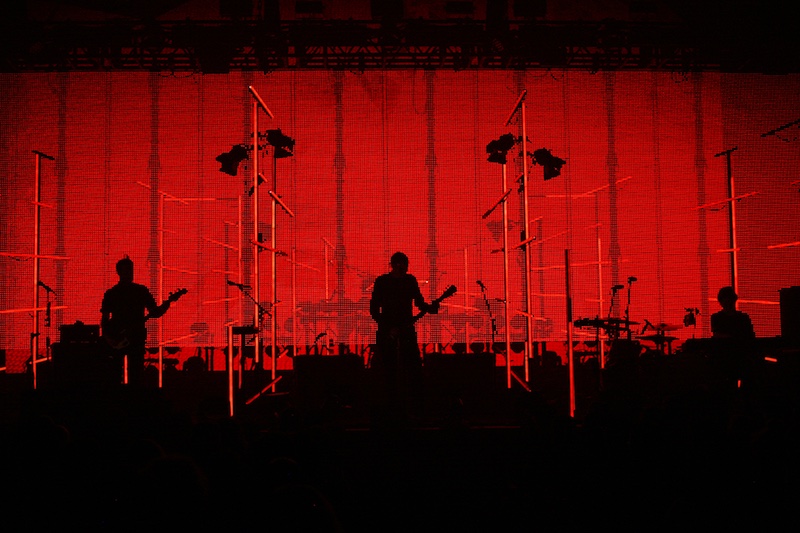 For the first time, vocalist/guitarist Jónsi Birgisson, bassist Georg Hólm, and drummer Orri Páll Dýrason hit the road without backing members. In this stripped down live configuration, their immersion, nevertheless, proved absolutely spellbinding, even if it took some patience getting there.

The Moody’s acoustics rang tricky for those on the floor back from the stage, with the theater’s doors constantly flying open and non-specific noises creeping in. Eighty percent full at best, with large portions of rows remaining empty all evening, audience buzz approximated a low hum rather than full-on buzz. While both scene-setters presented a somewhat dubious distinction on the front end of a two-night stand, once the lights went down, fans experienced a magnificent affair. 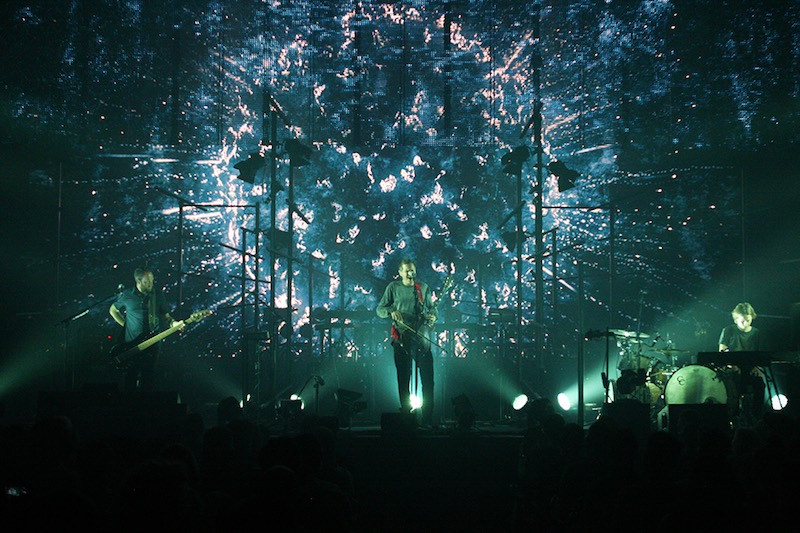 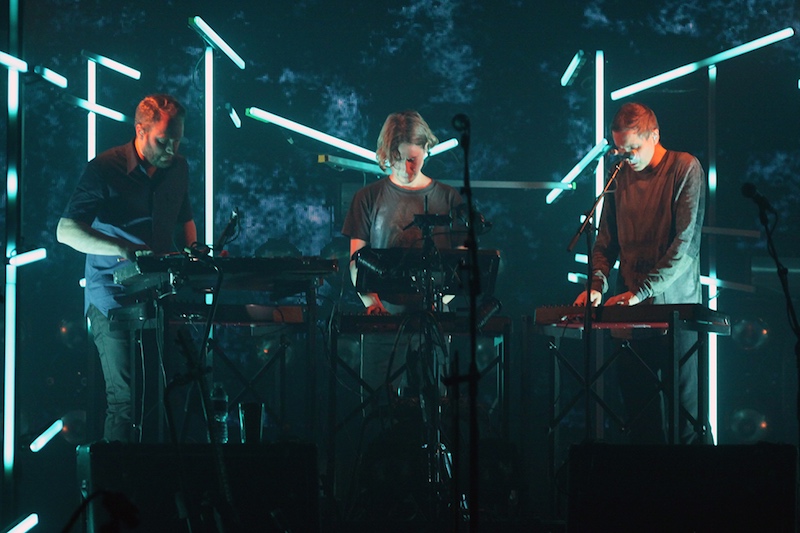 Lending to the oft-times dichotomous idea that music’s not about what’s being said, but what’s being understood, the language of Sigur Rós is neither palatable medium nor barrier. Ultimately, Birgisson’s gorgeous falsetto delivers in Icelandic or his made-up Hopelandic such palpable depth that nameless gravitas is the bottom line. Tasked with squeezing every bit out of songs previously written with large ensembles in mind, the trio delivered the material with lush grandeur.

At the heart of the performance, “Glósóli” and “E-Bow” soared. In particular, the former built metal bass and drums into a magnificent crescendo, a rich emulsification bathed in a vivid spectrum of icy color palettes. “Fljótavík” and “Varða” featured visuals of falling embers and blood reds, locked-in to Birgisson pouring into his bowed electric guitar.

While the arctic first act leveled more contemplative with a focus on subtlety, the second act boomed. First out of the gate came a soul-stirring rendition of “Sæglópur,” arguably the group’s best track, here met by a transfixing 3-D display. Soon followed by the show stopping “Festival,” the band rose to an intertwined technical and emotional peak. Sigur Rós’ magic transcends Birgisson’s mesmerizing voice talent. The secret lies in their ability to strain out all emotion from themselves and the audience, who are never required to literally understand what’s being sung to them. Universality remains the band’s gift. 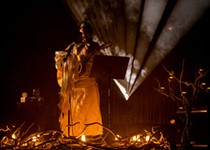