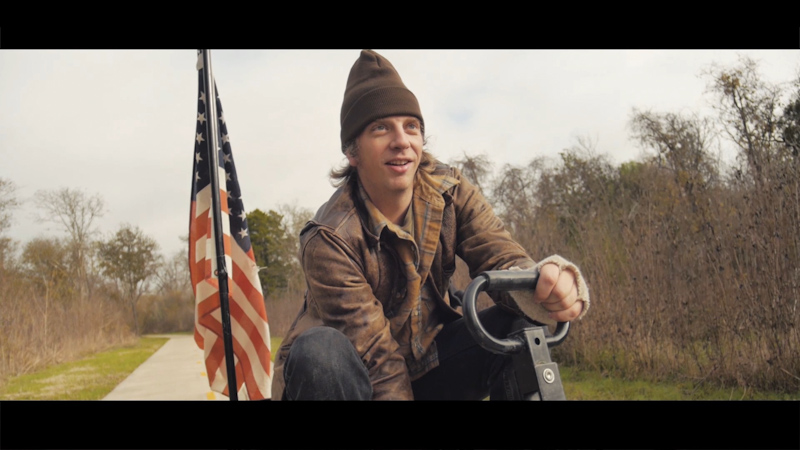 “I was the youngest of four children, it still feels that way/ Now we’re all getting older, it doesn’t matter anyway/ I put a call to my brother, he always knows what to say/ He’s getting married and he’s planning to have kids some day”

The track, marked by the complex interplay of shimmering guitars and big vocal harmonies, peels off from last fall’s City Boy Slump EP. Taylor considers the song part of a larger coming-of-age story.

“‘Four Children,’ like much of the record, deals with the challenges of ‘adulting,’” he offers. “This song in particular views these challenges through the scope of family and personal relationships, both past and present.”

Meanwhile, the video directed by Bryan Mammel and Josh Armour finds Canvas People shadowing a homeless forager who’s collecting discarded electronics and adding them to a strange contraption. The character represents a “romantic way to hold onto your youthfulness and reject the responsibilities of growing up,” explains Maxwell.

“Throughout the video, the homeless man finds a series of objects that he uses to turn his cart into some sort of ‘mystical’ machine that runs similar to a go-kart when he’s inside it,” he continues. “But, it all blows up in his face at the end, symbolizing that while holding onto youthfulness is a good thing, you cannot reject growing up entirely. You will have to accept it eventually, either the easy way or the hard way.

“In his case, he chose the hard way.”