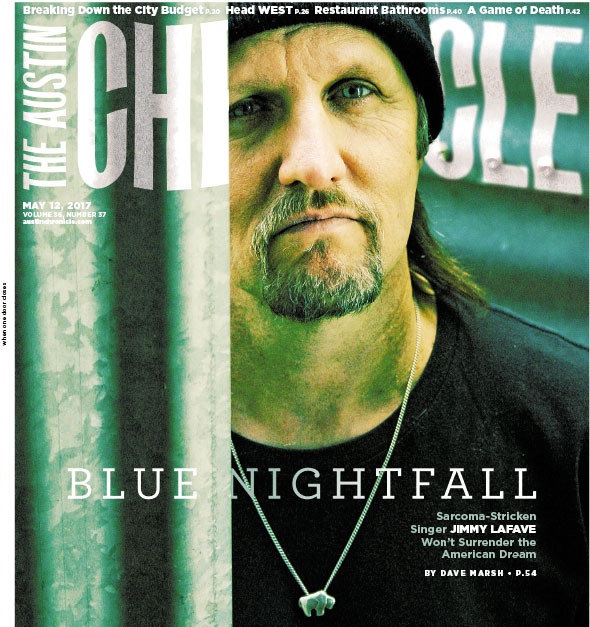 An acclaimed, enduring figure on the Americana scene blessed with an emotive voice both gritty and gorgeous, and a knack for patient, moving songwriting, passed after a battle with cancer in his home, surrounded by friends and family.

News of LaFave’s illness, a type of sarcoma that primarily affected his lungs, was largely kept secret until recently. Last November, in an unpublished interview about his label’s ties to Energy Transfer Partner CEO Kelcy Warren, he revealed to “Playback” that he was terminally ill with cancer. Last month, news broke that LaFave’s family had finally engaged hospice care.

“I’m a dead man walking,” LaFave told “Playback,” “but I’m going to go out in the presence of laughter, music, and friends.”

That proved movingly true. A day later, he performed to a sold-out crowd at Threadgill’s World Headquarters, flanked by friends including Eliza Gilkyson, Slaid Cleaves, and Ray Bonneville, who rotated singing duties. LaFave, known for working copious Bob Dylan covers into his concerts, brought tears to many in attendance with “You’re Gonna Make Me Lonesome When You Go.”

When his farewell concert arrived May 18, some within his inner circle wondered if he’d have enough strength to attend. All of Austin’s music community not in the charged house were up onstage, guests including Christine Albert, Sarah Lee Guthrie, John Fullbright, Shinyribs, Butch Hancock, and Ruthie Foster performing a set list that served as the Austin-by-way-of-Oklahoma songman’s music eulogy. Amid a palpable atmosphere of love and reverence, LaFave eventually took the stage sitting in a wheelchair and hooked up to an oxygen machine, and led a powerful finale of “Goodnight Irene.”

Read the review and view the photos of Jimmy’s last performance here. 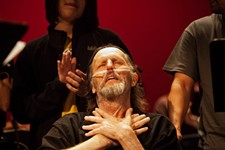