A Starry Night of Brian Wilson

Of the 11 musicians onstage Sunday at the Moody Theater, Brian Wilson sat the furthest away. At a baby grand piano, the Beach Boy’s brain added to pristine harmonies, layered like a croissant, he devised decades ago. Mostly, he plinked in no discernible fashion, stared blankly into the distance, and exited abruptly more than once during the show.

Nevertheless, Wilson, 74, proved the most entrancing part of the epic, three-hour performance. 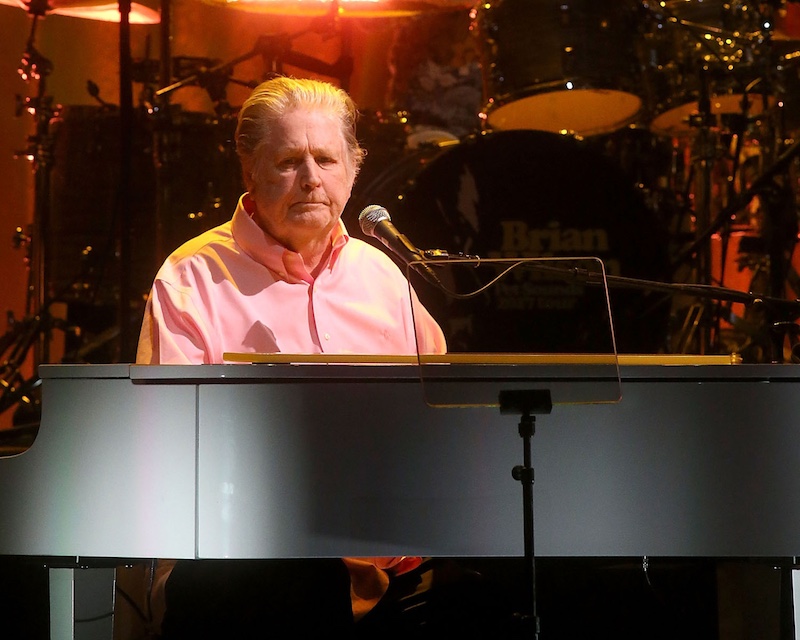 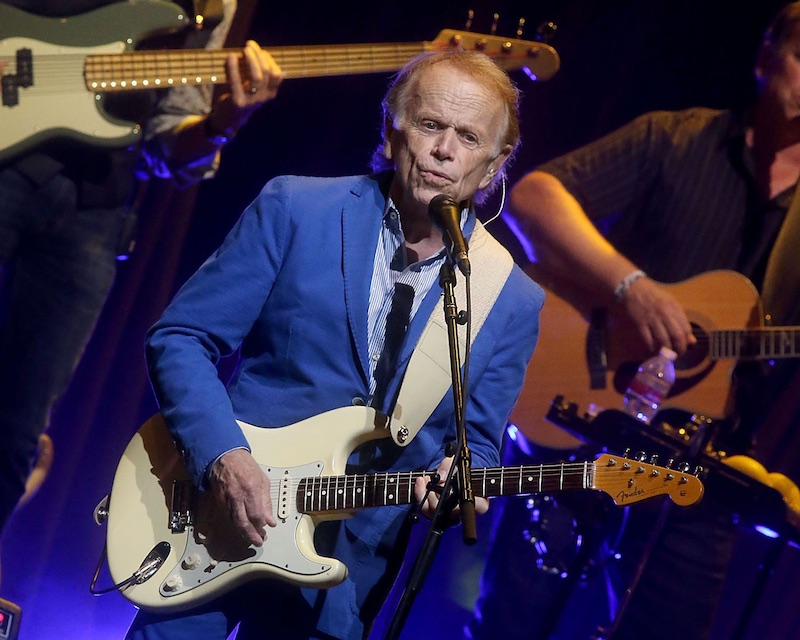 At the second of two nights at the venue, the traveling roadshow buoyed the only other longtime member of Southern California’s surf-pop template, Al Jardine, who jumped on lead vocals for the bulk of the first half of the concert. Also 74, he bounced through the sugary “Help Me, Rhonda” with help from his son, Matt Jardine, who delivered a stunning rendition of Mike Love’s falsettos. The latter Jardine, who’s toured with the Beach Boys, took the lead from his father on “Don’t Worry, Baby,” and turned out a vocal that sounded like he’d trained as a Love impersonator his entire life.

The evening’s instrumentation held true to the Beach Boys’ seminal mix of doo-wop, Chuck Berry, and the onetime promise of West Coast emancipation by weaving in theremin, lush keyboards, and an arsenal of percussive quips and quirks. One premium accentuation occurred in the person of Blondie Chaplin, who’s long made the rounds with both the Beach Boys and Rolling Stones. The South African-born journeyman added blistering guitar solos to “Feel Flows” and “Wild Honey,” at times riffing so hard that he seemed to forgot he was but one part of many onstage.

With the radio hits out of the way before intermission, the second half of the night dedicated itself to Wilson’s magnum opus, 1966 album Pet Sounds. Its composer perked up during instrumental tracks like “Let’s Go Away for a While” and the title track. He didn’t bear down on the piano, nor did he sing, but as the music wound around him, the instruments and their players somehow felt like a thought bubble emerging from Wilson’s head.

As such, the complex, timeless melodies echoing through the theater staked claim to his genius. Given the whirl of activity surrounding the weekend’s main attraction, it may have been easy to overlook Wilson in that moment. And yet, in the album’s live recreation, the big bang of Sixties pop reverberated not retro but contemporary.

Art lovers don’t often get the opportunity to watch a painter transform a blank canvas. Those results are enjoyed in completed form. Such was watching and listening to Wilson as he launched into the lead vocals of “God Only Knows.”

Delivery? Shakey. And from his curt instruction to “Please be seated” as the audience gave him a standing ovation for the song, Wilson wasn’t wholly enthused about having delivered it.

Still, there sat Brian Wilson, a man weathered by time and experience, offering one of his greatest oeuvres. It hardly mattered that his voice cracked or faltered. Van Gogh himself had recreated “Starry Night.”