“I’m thinking it may be the last trip around the country,” Tom Petty told Rolling Stone in December about his Heartbreakers’ 40th anniversary tour. Eight shows into 46, Oklahoma to London (lone European date), Tuesday’s two-hour worship at a rafters-stocked Frank Erwin Center took on the distinct air of victory lap. Petty, 66, indulged freely. 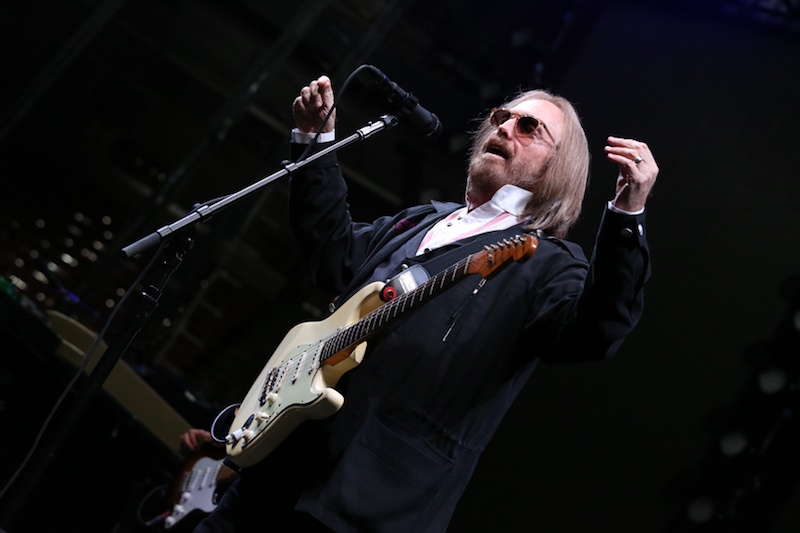 Arms wide open at every turn as if to bear hug the arena itself, thank yous pouring from him profusely, the frontman sported a beatific glaze behind his dark sunglasses, almost waltzing about the stage at times, while waving his hands maestro-like and slowing time somehow – orchestrating the adore. Solos extended, arrangements elasticized just enough for discharged Leonard Cohen backup singers Hattie and Charley Webb (who barely needed the boss man on “Don’t Come Around Here No More”), and big man Steve Ferrone’s Easter Island beats smacked a steady, ancient tempo even though he made it look like he was stirring milk on the stove.

Despite a set list “touching down” like a needle on four decades of precious tape and wax – well, save for You’re Gonna Get It!, Hard Promises, Let Me Up (I’ve Had Enough), Echo, The Last DJ, Highway Companion, etc. – the 19-song selection unfolded like Tom Petty’s favorite sweat pants: worn in, automatic, no hassle. Built for comfort, not for speed. His ride, his Sirius station.

Like the Rolling Stones, the Heartbreakers’ live mix now boils down to the essentials, basically marginalizing all other catalog stabs. This could be the last time, sure, but first-timers weren’t going home without hearing “I Won’t Back Down.” And if either act lasted another 200 years, virgin fans would still expect to hear the pier and beam pillars of 20th century radio.

Anyway, who’d pay to witness a deep cuts and B-sides tour from Paul McCartney, the Cure, or PJ Harvey? No one wants to hear the Heartbreakers ramp up “Too Much Ain’t Enough,” drizzle “Louisiana Rain,” whoop up “Rebels,” or kick back “Down South.” Those songs had their day on their respective tours and needed to make way for nine total tracks from the bandleader’s first two solo albums, the second of which will soon generate a deluxe reissue. 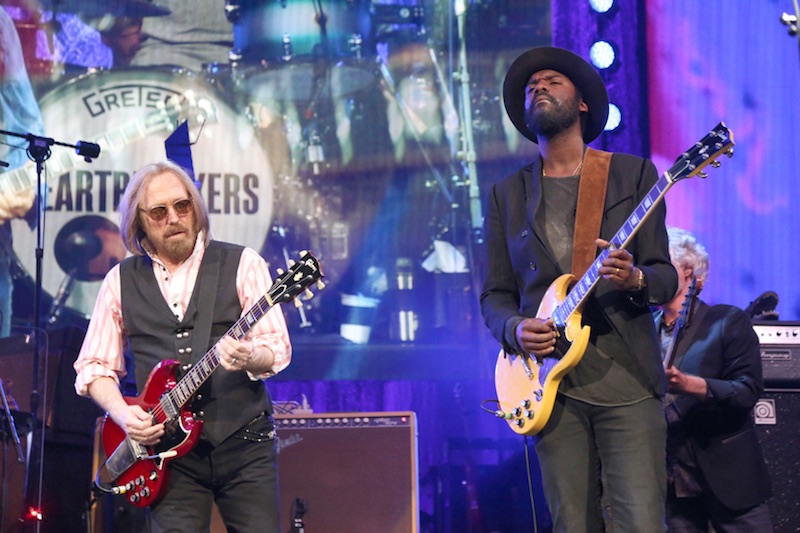 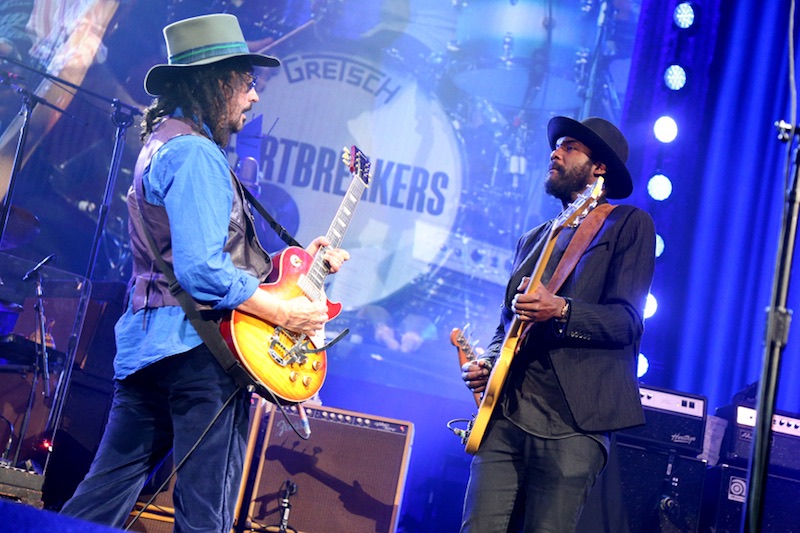 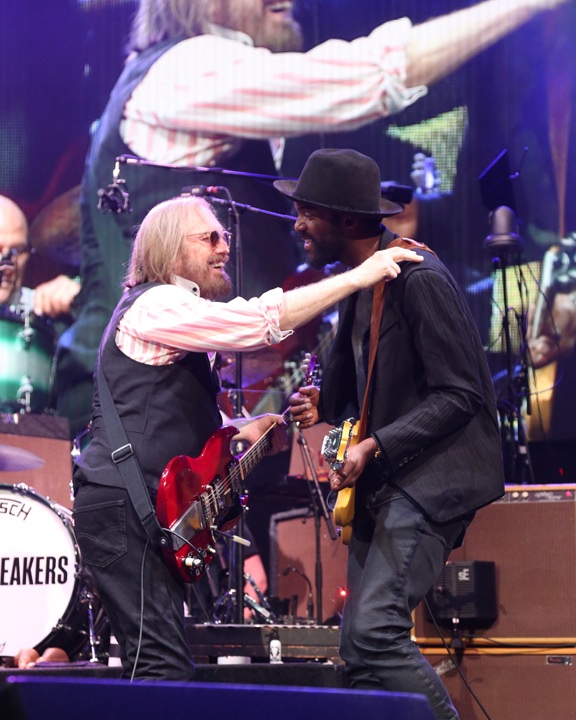 If it was the local native’s bow on the doomed UT drum’s historical stage, he splintered it in a manner reminiscent of Stevie Ray Vaughan. Instead of bestial firepower, the young guitarist’s tension, finesse, atmospherics, and yes, sheer brute – and screaming – string-bending brought the house down and its patrons to their feet. Clark lingered on his standing ovation as pointedly as his sponsor afterward. 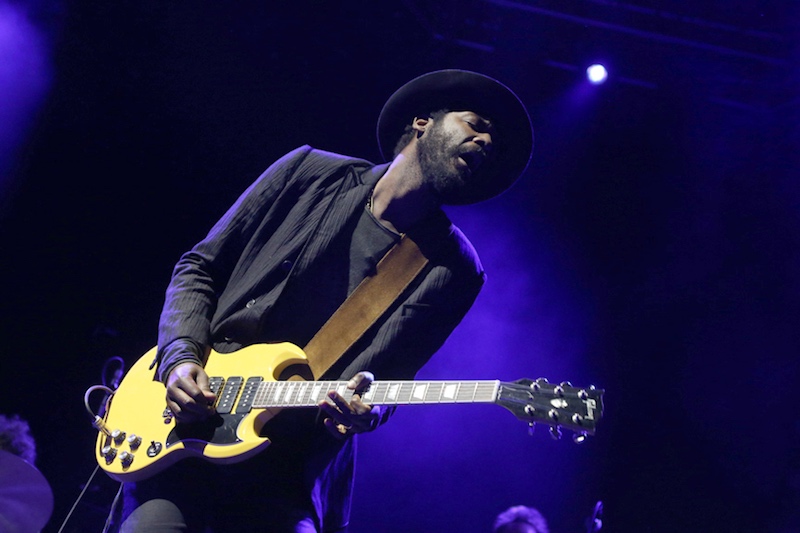 Clark during his opening set (Photo by Gary Miller)

Surprises few and far between past Campbell’s cumulus padding to evening sleeper “You Got Lucky,” which briefly spotlighted keyman Benmont Tench in his only true close-up all evening outside the band introductions, classic Heartbreakers moments abounded: Campbell and Petty’s kinetic axe harmonies on “Mary Jane’s Last Dance” and an extended “It’s Good to Be King,” Erwin Center sing-alongs “Free Fallin’,” “Yer So Bad,” and “Learning to Fly” billowing gospel-like in their mass delivery, and a Jurassic crunch to “Refugee,” sole survivor off Damn the Torpedoes. 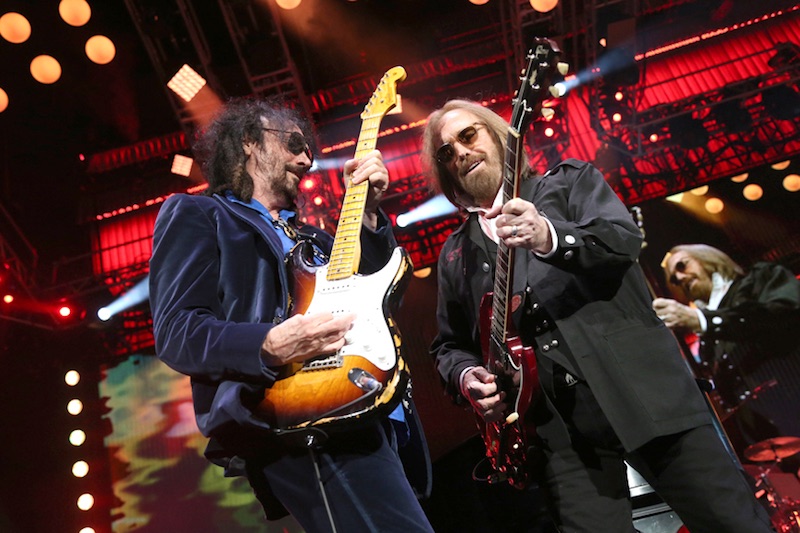 “This room’s covered in mojo,” exclaimed Petty at one point, his voice illogically more nasal and higher pitched than in his youth even.

Mojo, Southern accents, nostalgia … It’s not the heat, but rather the humidity that makes Tom Petty & the Heartbreakers’ hothouse wildflowers bloom.

“It’s Good to Be King” (Wildflowers)

“Crawling Back to You” (Wildflowers)

“I Should Have Known It” (Mojo)

“You Wreck Me” (Wildflowers)

Petty/Winwood: From the Cheap Seats
Tom Petty down Selma way