Saturday at Carson Creek Ranch, during the third of Euphoria Fest’s four nights there, Young Thug – on a stage resembling a neo-pagan fusion of a weed leaf and a wolf face with blinking human eyes – demanded to know why Austin wasn’t “turnt up” enough. Elsewhere, light-up hula hoops and glow toys illuminated the creek-side Dragonfly Amphitheater, crowded with worshipers of down and dirty dubstep, while thousands gathered at the main stage for a highly anticipated appearance by Swedish DJ Alesso. Thug’s mid-sized stage, meanwhile, saw a modest audience that didn’t quite stretch to the soundboard. Euphoria Fest has, in recent years, widened its EDM and jam scene strike zone to include more rap, but at weekend’s peak, the gathering’s priorities were clear. 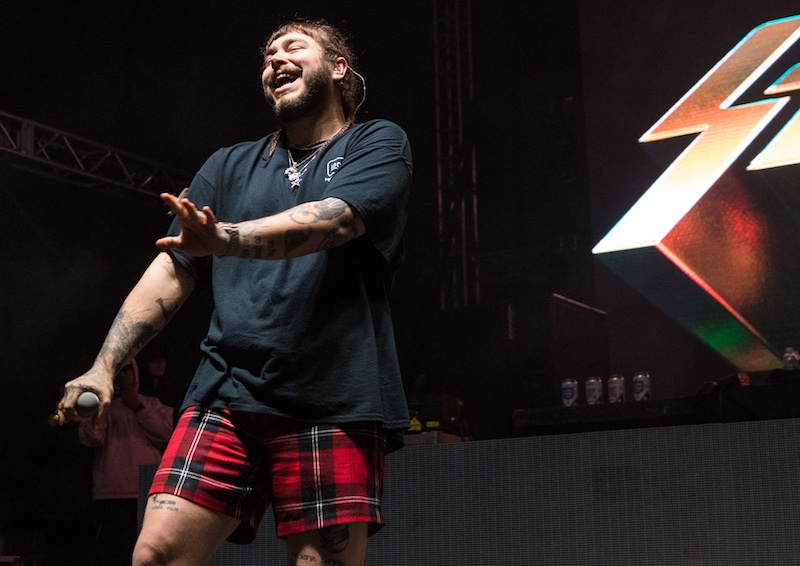 Post Malone, who isn’t specifically a rapper (more of a gangster Justin Bieber), had performed to an audience of similar mass 45 minutes earlier. The young Texan came off loose and affable, glugging beer bongs, but he sounded like a rank amateur singing along to a prominent vocal track. Worse, his hokey material, such as the sub-boy band hook “What’s up with the what’s up,” engaged no one as the lowest energy happening at Euphoria that moment.

Thug, on the other hand, previously prepped Austin’s festival market at November’s Sound on Sound Fest, and proved an ideal candidate for Euphoria’s hip-hop diversification. The Atlanta swag rapper wields party energy, an intriguing voice, and, despite his modest draw Saturday, currently enjoys major popularity. Eventually the crowd showed up – and stayed turnt for over an hour.

Gripping a red bejeweled mic, which matched his dreads, both punctuating a white, unbuttoned dress shirt billowing in the wind against his petite frame, Thug unloaded a fast sequence of fan favorites to start: “Wyclef Jean,” “Memo,” “Swizz Beatz,” “With Them.” His performance style is basic and anticlimactic, offering truncated versions of songs interspersed with DJ air-horn noises and appeals to turn up, but he understands that every one of his songs is a sing-along. On the “Swizz Beatz” refrain “love, love, love, love,” he cuts the track to take frequent a cappella moments, and “Slime Shit” breaks down to a clap punctuating every line.

Universal track recognition on the audience’s part reinforced that Thug’s mixtape song catalog is a force to be reckoned with despite his debut album HiTunes not even having a release date. Overloaded with hot material, he went long and fans went crazy for “Pick Up the Phone,” “Lifestyle,” and “Best Friend.” 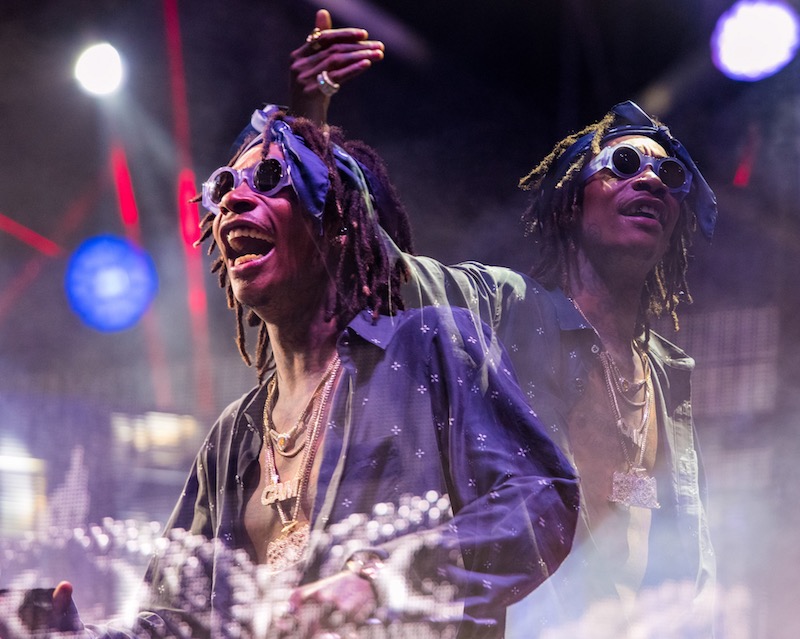 “They told me you were fixin’ to be tired?” inquired the Pittsburgh MC after emerging to a sample of the courtroom scene from New Jack City. “I said, ‘Fuck that!’ We’re about to shut this down!”

Khalifa’s musical recipe included a chewy pop center from day one, but it’s unclear when he became so remarkably professional onstage. In the past, he’d been wild or stoned and subdued, but Sunday, he came off congenial, rehearsed, and exacting. He performed for the back of the sprawl and embraced the role of weed-pop rapper.

For better or worse, actually.

At times, like on the sappy “No Sleep,” “Promises,” or his uncomfortably sexy performance of “Like Jimmy,” his mainstream touch tasted too saccharine. He’s also guilty of shoehorning his Taylor Gang squad in, including a lackluster appearance from Raven Felix, who made her festival debut on Friday and simply doesn’t have the voice. None of that mattered when “We Dem Boyz” hit and thousands of spectators, from technoids to hip-hop heads, felt it.

For both Wiz Khalifa and Euphoria Fest, the way forward with hip-hop is as clear.

See all of our photos from Friday, Saturday, and Sunday at the festival. 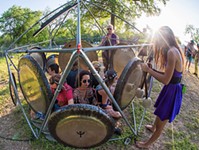