Refugees Record for Free at SXSW 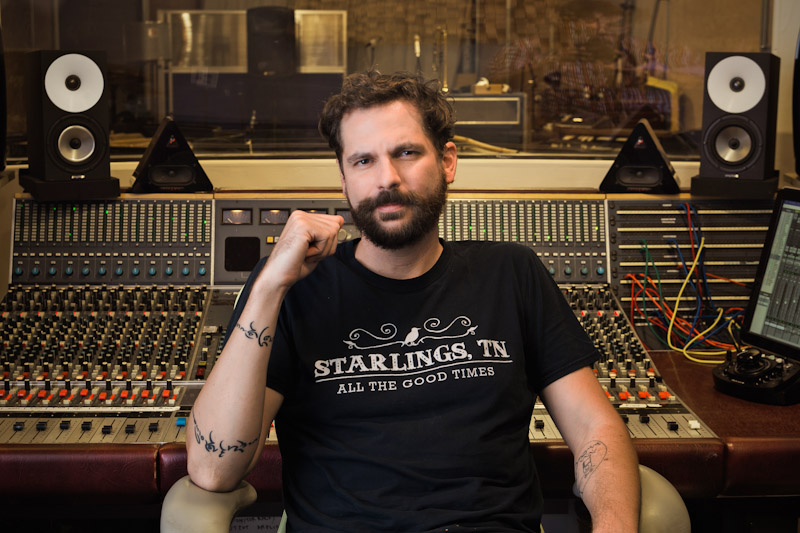 For the past four South by Southwests, Justin Douglas earned a sizable paycheck from Converse by recording bands on behalf of Rubber Tracks, the shoe company’s program offering free studio time to artists with no strings attached.

When that well of corporate sponsorship dried up this year, Douglas, owner of King Electric Recording Co. (formerly Shine Studios), resolved to apply the same model to a demographic often overlooked in opportunities for creative expression. This week, he’s offering free use of his recording studio and engineering services to refugees that have been resettled in Austin.

“I was trying to think of a way I could make things a little bit better for these people, but I’ve got two kids and a small business, so the two things I don’t have in my life are time and money,” explains Douglas, who also plays guitar in the band Royal Forest. “The one thing I do have is this studio and what I can do with it.”

To get the word out, Douglas contacted Caritas of Austin, a nonprofit whose spectrum of services includes refugee resettlement, writing in part:

“I imagine there must be a number of musicians among the refugees who arrive in our area. I was thinking, perhaps for SXSW, if we wanted to organize a few days of free studio time for anyone you’re helping or have helped resettle, it could be a fun and powerful way to allow people to express themselves, and give them an opportunity to create something they could take with them and share with others.”

Caritas’ program managers reached out to their refugee clients and found three groups wanting to record this week. Douglas doesn’t yet know what countries they’re from or what they’re going to do, except that one’s going to be a 14-piece orchestra and another involves a lute. As a producer, Douglas’ plans to leave the creative door wide open.

“These folks probably get told what to do and where to go a fair bit in their lives, so I’m going to tell them, ‘You guys can do anything you want. Everything that’s in here is yours today. I’m here to serve you.’”

An American-born Anglo raised in Jakarta, Indonesia, throughout his formative years, Douglas has some sense of what it’s like to struggle with feelings that you don’t belong somewhere.

“For me, making music was an escape from those feelings,” he acknowledges. “So, with all the acrimony and disparaging rhetoric going around these days, maybe this creative outlet can help them feel more connected to their surroundings. I don’t pretend to know what these people have gone through to leave their home with nothing to try and escape, but I hope this experience will be something at least moderately special for people who’ve gone through so much to get here.”