Far from the maddening crowd Downtown, monstrous bulls, back-cracking broncos, and alternately lackadaisical and fleet sheep bearing 5-to-7-year-olds on the ride of their lives baptized Rodeo Austin 2017. Daylong rains didn’t free up many seats inside the Travis County Expo Center arena Saturday night. Dwight Yoakam then stampeded one and all. 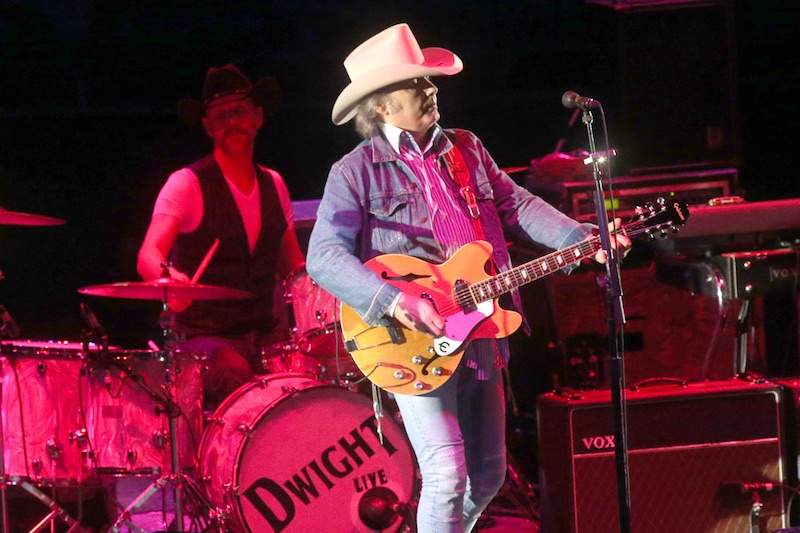 Nearly two hours of death-defying feats and cowgirls rocketing their horses through a barrel race beginning at 7pm left no more than a 15-minute intermission before this year’s lead-off headliner hit the revolving stage at precisely 9:01. Same gate one-ton bulls, horses, calves, sheep, and Rodeo clowns enter and exit from opens wide for a series of tractors pulling a stage onto ground zero for the (wo)man/beast battle of wills and voilà!, instant pop-up concert. Genuine country greatness occurred for exactly 60 minutes.

Built in 1983, Luedecke Arena seats some 6,500 people and has hosted non-rodeo knockouts (Lil Wayne in 2008) as well as trademark Rodeo country icons (Charley Pride tonight). Sound can bounce off its rudimentary interior, but eventually it settles. Yoakam’s backing quartet cranks blitzkrieg volume on maximum twang, so not until standard set staple “Little Sister” in the third position did now-classic country begin to sound as such.

Then the floodgates broke.

Yoakam’s aforementioned Elvis appropriation set-up the band’s take-no-prisoners tribute to Merle Haggard. “Silver Wings,” requisite C&W 101 for any honky-tonk hopefuls, spun smooth and fresh as the day it was written on a 707 flying into Phoenix back in the late Sixties. Yoakam’s thick, lacquered croon began working its magic then and there before “Swinging Doors” had couples two-steppin’ anywhere they could. “Mama Tried” set the time machine to mid-20th century Bakersfield, wherein chromium West Coast riffs and gritty production gunned Tennessee hillbilly music into another dimension.

Yoakam even floated Haggard’s infamous “Okie From Muskogee,” which still today might not have lived down its original stigma.

“Merle influenced me from my first record,” acknowledged the Kentucky holler, 60.

“It Won’t Hurt,” “I’ll Be Gone,” “Honky-Tonk Man,” and “Guitars, Cadillacs” followed from Yoakam’s 1986 debut, Guitars, Cadillacs, Etc., Etc., all of them cracklin’ resonators of Western roots music as white lightning as “Ring of Fire,” covered on the original album as proof. “You’re the One” prompted waltzes where the two-steppers had begun wearing grooves into the concrete. “A Thousand Miles From Nowhere” might as well have been an Ernest Tubb or Hank Williams tune, so ingrained is its melody on the lips of neophytes who didn’t even know they knew the words.

That’s country music in Austin, a subconscious sing-along as deep as the native talent and as high as the big sky. Rodeo Austin, 14 days left. 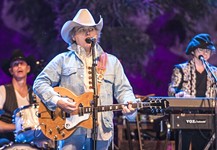 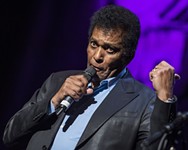