Sandy Carson Was There 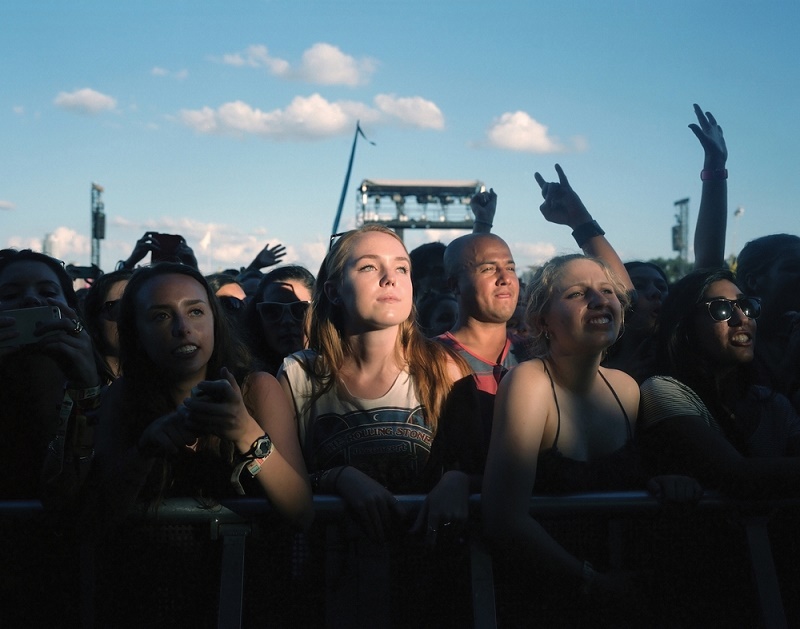 We were there … were you? Sandy Carson’s new book turns the lens on Austin’s music audiences. (Photo by Sandy Carson)

Oct. 29, 2011: Same acts, but Austin – Emo’s. Carson’s there again, yet our mad metal mosher has now crossed the barricade as a professional photographer. Instead of being in the pit, he’s chronicling it.

Scotland-to-Texas transplant Carson has been a fixture on the local music scene since he moved here in 1998. His new passion project is We Were There, a crowdfunded collection of his photojournalism for publications including the Chronicle. However it’s not about bands, per se. Rather, it documents the other half of the equation, the audiences that make each gig so unique.

Carson’s exhibited these photos around the U.S., and previously self-published We Were There as a paperback. Now he wants to create a lush hardcover coffeetable edition through Daylight Books. Both illustrate the fact that equal to what’s happening onstage is the show occurring out in the masses.

“Just being in the vicinity of the photo pit, I’d turn my camera on the fans because sometimes they told a better story than the band.”

The plan, if he reaches the crowdfunding goal of $27,800, is to publish a 96-page hardcover of the book, featuring 50 photographs winnowed down from tens of thousands, an essay by Carson on that Anthrax gig in ’87, another essay by photography historian and Napier University lecturer Katherine Parhar, and an introduction by respected photo editor Alyssa Coppelman of Harper’s Magazine and Oxford American.

Image-wise, We Were There covers a decade of Austin music history in all its diversity.

“Punk rock, hardcore, metal, Lionel Richie, hip-hop, electronica,” he lists off. “I even went to Willie Nelson to get some of that. There’s a Carcass photo from the first Sound on Sound Fest that’s in the mix as well. I really wanted to get pictures of people who had big patches on their jackets.”

In other words, it’s not just shots he grabbed between past Chronicle assignments at ACL Fest.

“I wanted a bit more variety, so I would be over the barrier, in with the fans,” he says. “I would be in there in the slam pit, getting my ass kicked, just so I could get a shot.”

Plus, and here’s a real rarity for Austin music fans, this deluxe version of the book offers a special 7-inch flexi disc featuring two bands Carson’s shot for years: Black Angels and the Sword. The former track appears on the soundtrack of The Honor Farm, the South by Southwest-bound feature debut from Carson’s partner, Karen Skloss. As for the Sword, whom Carson calls “homies,” they offered him a super fast punk version of “Turned to Dust” from 2015’s High Country.

“You would never think it was them,” he laughs. “The fans aren’t going to know what to make of it.“

Back the project and get your own copy of We Were There.