In a festival-heavy town, No Idea is a breed apart. Now 14, the free improvisation/experimental endeavor exists outside of music industry mechanics with values rooted in community. Founder Chris Cogburn, himself a percussion and electronics improviser, met up to talk about the driving forces behind the festival he’s curated since 2003. 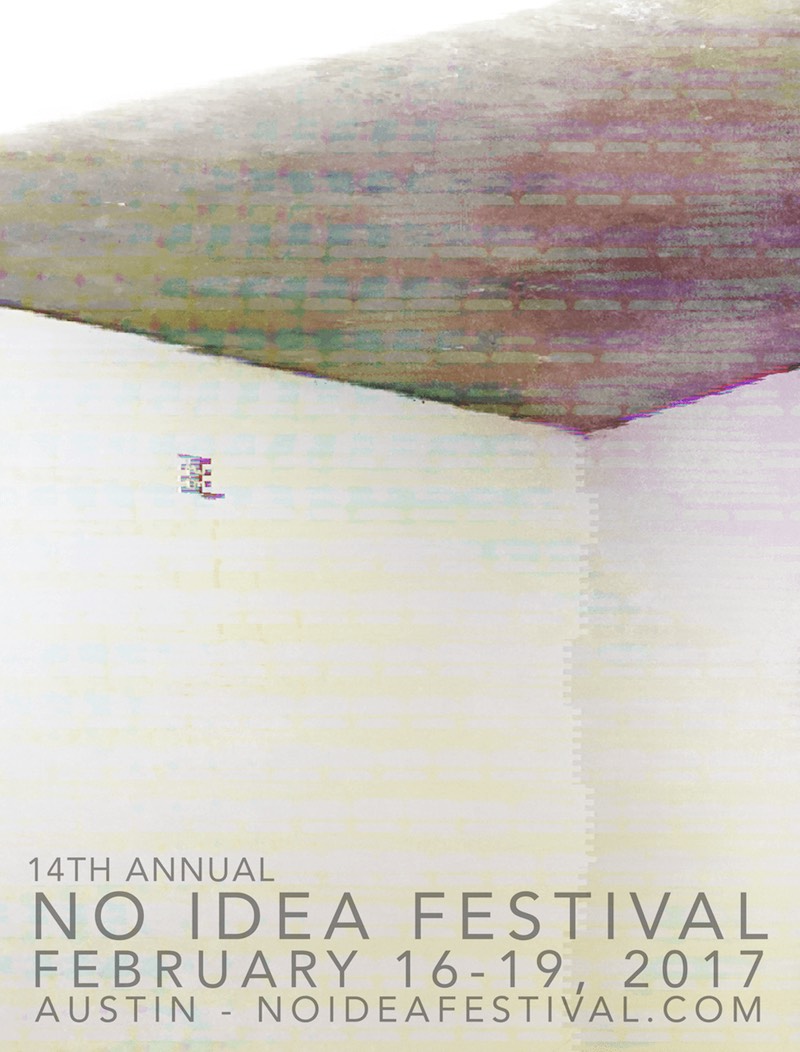 Austin Chronicle: No Idea is so different from everything else here.

Chris Cogburn: The way I organize it is related to this city. If I lived in New York, Chicago, or Los Angeles, this festival would be a lot different. Here, there’s something conducive, a type of social intelligence, that feeds into Austin’s capacity for enjoying a good hang. That’s a fundamental part of the festival. Between the musicians and the audience, it’s like a big house concert.

It started because there was a real need for this kind of focus. There were a lot of people playing improvised music in Houston and Austin. I’d just moved to town a couple of years before and was looking for people to play with, and not a lot of people were going back and forth. The first festival created a reason and an impetus for people to meet each other and play.

AC: Has the festival grown every year?

CC: It ebbs and flows based on money, energy, timing, etc. Last year was the biggest. I got interested in different mediums and types of containers. I invited two teams of filmmakers from Mexico to make documentaries. It was a really open concept where I just said, “I’ll bring you here and you can do whatever you want.” We’re going to show these two films this year – one on Friday, one on Saturday.

Fernando Vigueras is making an installation with 10-stringed instruments – guitars, mandolins, banjos – and he’s made a thing where there’s [electric] fans that play the guitar. You can create a stringed orchestra by engaging where the fans hit and how hard. You’re controlling this acoustic guitar orchestra.

The other thing I’m really excited about is the book project that we’ve done [Ethics of Improvisation as Anarchic Utopia, edited by Andrea Ancira and Cogburn]. So it seems like this year’s got a lot of interest and energy, and a lot of potential for collaboration. It’s not as many musicians, but in a sense it’s growing.

AC: What do you look for in artists that you book?

CC: That’s a good question. A lot of them – in person, in art – have to have a certain openness, and there’s gotta be a foregrounding in community. I’ve brought people who I like and respect a lot who’re looking for and wanting something different, and that can be a conduit. It’s people who take risks and have that kind of surge or challenge in themselves to be open and listening to the moment, whatever that means in their practice. There needs to be some kind of permeability in their work, a vulnerability, being comfortable with that transparency. It’s hard for me to describe. It’s really intuitive.

It’s not just like “anything goes.” That upsets me, when people think of improvising as just flying by the seat of your pants. The people I choose arrived at places through their individual processes that make it interesting for them to be in the same room musically. Whether that’s dealing around form, timbre, pitch, or the material of the instrument, they’re making decisions as an artist throughout their lives. That has a role in how I choose our artists. I’m looking at the questions they’re dealing with as a musician and where they’ve arrived, and trying to put people in the same room where there’s the chance of them arriving at a new question together.

The thing about improvised music is that it really values labor. So when [free jazz trumpeter] Joe McPhee makes a dumb, breathy, noisy sound, you say, “Man, anybody can do that.” And it’s true. Anybody can put their lips to the trumpet and make a sound like a broken refrigerator. But I think the work and trust and risk and commitment that he’s done with that instrument in 50-plus years is legible, palpable. A lot of times people say, “What’s the story? I don’t know what you’re saying. I don’t get the narrative. What are you trying to say?”

In that breath, I think, is the history of that life, and all the things he’s been through – all the sacrifices, joys, triumphs, risks, the respect he’s given to that instrument and the people he’s played with. All of that is inside of that sound. That’s the story. If you listen, when Joe plays, you can hear that, and maybe you can relate your own story to that.

There can be some bad improvised music, but I think for everybody that’s coming to the festival, that labor is there. Sometimes the sets can be a failure, but sometimes to the musician the failure can be part of the process of opening up something. It’s like a pathway. You weren’t quite sure what was there, but the next time the door opens there’ll be a little more light, where you can go into it more and it could be a whole other body of work. Maybe it has its seed in a failure at one particular concert. You have to give that process its value, in life as in art.

AC: Are there groups that are collaborating for the first time?

CC: Rick Reed and Kjell Bjørgeengen are gonna play for the first time on Saturday. Both have longtime collaborations with Keith Rowe, who’s a British guitar player and legendary improviser. Kjell and Rick have expressed interest in playing together, but have never gotten the chance. I think it’ll be exciting to hear and see what they do. Kurt Newman is putting together kind of a minimalist country band [No Idea Hillbilly Minimalism Unit] based on the work of Henry Flynt, using musicians in town like Bob Hoffnar and Lauren Gurgiolo. It’s gonna be a pretty clear concept with physically structured improvisation.

I try to make a map that gives people a general idea of what they’re looking at. Is this a meeting where they’ve played once or twice, or is this an established group? Sometimes it’s a lot to expect people to be thinking about that stuff if they just come off the street. So I try to make multiple entrances, and sometimes that can be a cognitive stimulation: “Oh, this is the first time they’ve played!” Then if they’re thinking that, they can be more open.

Or the installations; they can have a tactile thing and that really opens them up. The Museum of Human Achievement is actually really interesting visually, so they can be in the moment of that awareness and it can be a synesthesia. The sound becomes a part of that and that draws them in. It’s not some austere experimental music thing, where it’s a bunch of dudes doing their thing. That’s not very interesting for anybody.

AC: Do you have a dream booking, someone you’ve always wanted to participate but haven’t been able to get? It doesn’t seem like you chase people.

CC: I’m kind of against that, actually. I have in the past, and through the act of pursuing it I realized this has nothing to do with the festival. I think chasing a dream artist relates to wanting to satiate desires. And I’m more interested in instigating desire.

At its best, the festival propels people to desire more, to maybe think of something they want, or something to do. Like a friend, who’s a writer, in the middle of the concert just split and ran out, and I was like, “Oh, I wonder what that was all about.” The next day she wrote me a long email saying, “Yeah, sorry I left, but I’ve been kind of blocked working on this writing project, and in the middle of the concert, I had this flash of insight and I had to go home and write.”

That’s the shit. That’s what the festival is about. Like you should fuckin’ leave – that’s cool! Again, at its best people would be given something that they can do to self-actualize and feel like they’re participating. That’s what I try to cultivate, where there’s a space and stuff going on, and people can find a way to engage and be present.

Every year I have a lot of anxiety about, “Is it gonna be good? Will people come? Will I lose a ton of money?” But I think it’s coming to be this environment of different material being generated, from performance and installation to books and film, so it’s exciting to try to make it grow legs and be a thing. It’s also gonna be small and underground and ignored, with people being surprised to walk in on it. I like that, to be this thing where people are like, “What?”