Her other shoe drops tonight at the Red River favorite

Despite a sea of bodies staring at Mohawk’s outdoor stage, it was quiet enough to hear laughter from the streets outside. Patrons looked on thoughtfully, leaning on the deck railings to soak it all in. Wine and cheese could have made it a gallery opening, but the house drank Lone Star at this first of consecutive sell-outs for St. Louis sensation Angel Olsen. 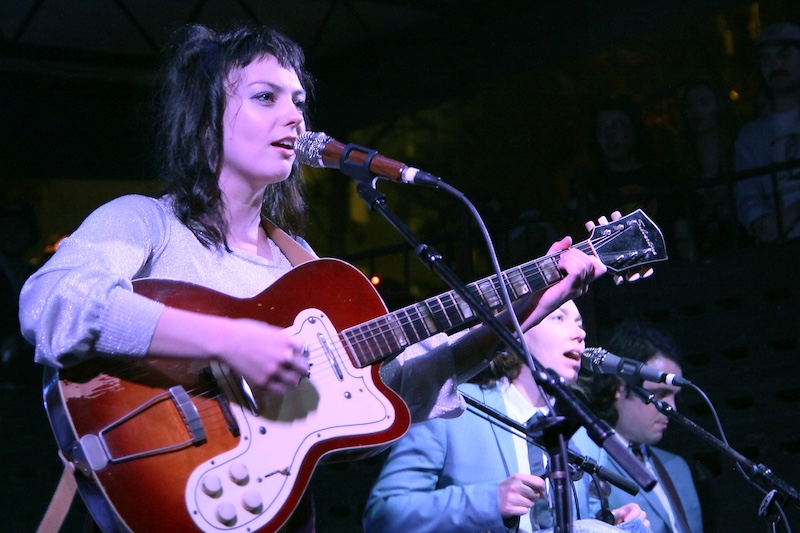 Last time I saw the breakout singer-songwriter, she sang to the rafters of Central Presbyterian Church during Pitchfork’s South by Southwest showcase in 2014. The stillness she inspired last night certainly befit such a setting. Not that the Red River concert staple necessarily comes to mind when considering pin-drop appreciation.

Think rather of Japandroids’ gut-punching riffs, also sold out tonight – this time inside Mohawk – after Olsen’s second performance.

Of course, the demure, serious headliner put the venue audience from the floor to the balconies in a serene trance for 90 minutes. Just over half of the set list drew from 2016’s My Woman, an album that stretched Olsen’s melancholic craft to grand heights. The fourpiece band behind her, plus a backup singer, filled out most of those arrangements, adding a cathartic guitar breakdown at the end of seven minutes to “Sister” and a shot of adrenaline on “Give It Up.”

Still, Olsen’s spectacular tremolo shone brightest against more subdued compositions from 2014’s Burn Your Fire for No Witness. The singer’s voice remains an instrument unto itself, dramatized and pulsing like Roy Orbison’s. She hasn’t quite harnessed the ability to make it pop as the music swells and morphs, but she’s got her older material locked down.

The punchy “Hi-Five” launched into pleading howls, with the band boosting rather than competing against her. And the persistent thrum of “Forgiven/Forgotten” made room for her narration on top of the modest garage-rock styling, making her voice sound both fierce and gentle at once. As her catalog expands, Olsen will need to remain cognizant of that balance. 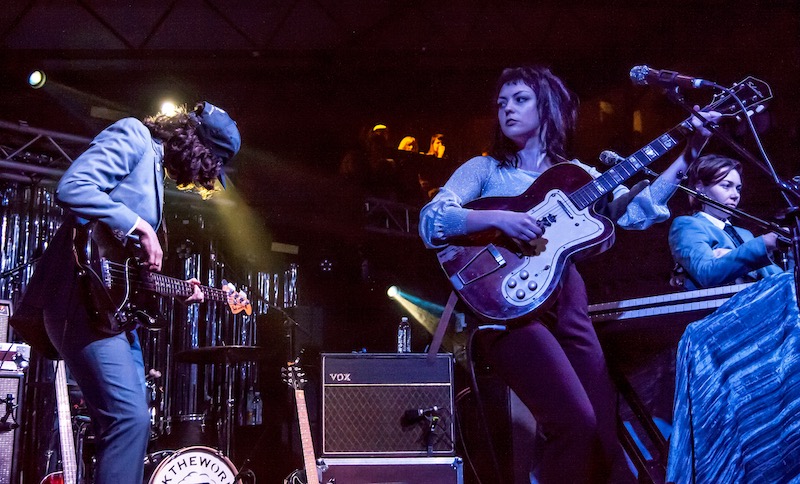 The rapture her voice delivers on previous material melted into a kind of lull for many of the newer cuts. “Shut Up Kiss Me” has the energy to deliver on its own, but if she’s offering it up in a seven-minute cut like “Sister,” her voice, no matter how gorgeous, gets repetitive. She’s a solid performer, and naturally there were many moments where she had the audience wrapped around her trembling falsettos.

The nature of her sleepy compositions and shaky energy with My Woman, however, makes me wonder if the seemingly thoughtful audience was, at times, pondering instead if they should face the beer line.