Lubbock don stages a vintage show for the ages 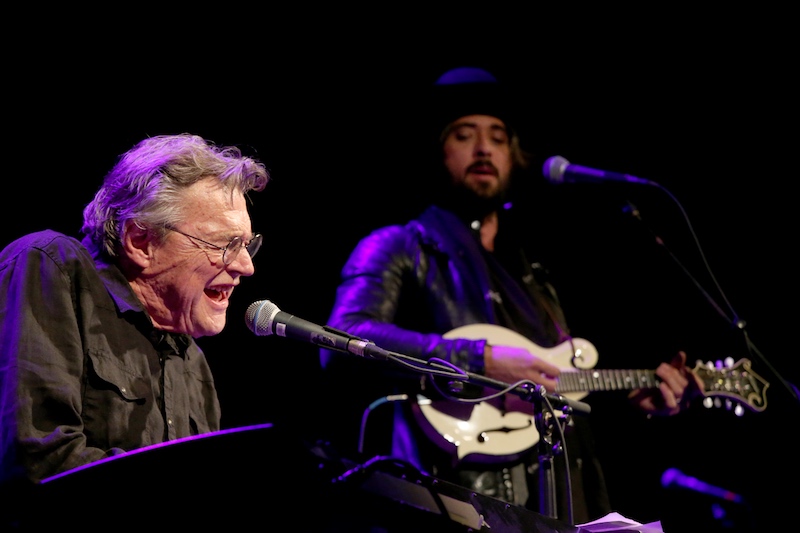 At the center bearing down on an electric keyboard sat the pater familias, wringing words set to music as all one piece of literature. The whole state somehow boiled down into a single song (“Amarillo Highway”), only the tune begat another and another, and five more after that. Allen’s first two albums, 1975’s border porous Juarez and the breathtaking Lubbock (on Everything) four years later, synthesize Southwestern folklore into a timeless Texan monograph, and doubled up exclusively over the weekend for townies who well knew their worth, casting a deep spell on one and all.

Maines, usually witnessed guesting on pedal steel, stood next to the maestro strumming an acoustic guitar. On his right, looking very Bob Dyan 1975 in hat and shades, electric gunslinger Charlie Sexton, sharing a mic with fiddle maniac Richard Bowden. Drummer Davis McLarty, Glenn Fukunaga on bass, Maines’ longtime protégé Terri Hendrix next to Savannah Welch in the harmony section, and oh yes, Academy Award-winner Ryan Bingham on mandolin all the live long night added up to not simply a band, but the Band.

“The Juarez Device (aka Texican Badman)” began the first 45-minute set just as it sets in motion the Badlands-meets-True Stories tumult of Juarez, poetry masquerading as zen horse wisdom even more so than Townes Van Zandt and Guy Clark. Flinty voice edged with a crackling treble on one end, a pair of black boots working the keyboard pedals on the other, the figure in black hunched over his instrument while projecting his seemingly inevitable narratives with a Biblical authority and twang as wide as the Rio Grande. Behind that beacon flew the players in perfect formation.

Allen and Bingham’s dual vocal on “Border Palace,” the rousing “Dogwood” and rumbling “Ought To Be a Law Against Sunny Southern California,” the latter’s burrowing Sexton solo egged on by Maines and sealed with Bowden’s blazing bow, barreled momentum toward the first orgiastic ovation. Bukka’s accordion blush to “Honeymoon in Cortez” lit up a cigarette afterward. The penultimate first half sealer, “La Despedida (The Parting)” isolated the main event under a spotlight, the accompaniment momentarily invisible and just his pregnant words and chords hanging in the charged air.

Border metro that it is, Juarez plays out almost provincial compared to the scope, melody, and zeitgeist of Lubbock (on Everything). After a 30-minute intermission, its hour-and-a-half map of both the Panhandle and high plains hearts proved as entrancing as Jo Harvey’s show-within-a-show intro to the piece (“Terry would never be a songwriter if not for me”). Her reveal to “The Wolfman of Del Rio” stoked a rendition that proved steamy as filtered through her backstory.

Manifest Texas anthem “Amarillo Highway” followed on the wings of Sexton, Maines, and Bowden, and prompted the house leaping to its feet again.

Barbershop harmonies to “The Beautiful Waitress,” Maines’ steel Amtrak solo on “The Girl Who Danced Oklahoma,” and Bowden engraving “The Collector (and the Art Mob)” for a metropolis that wrote the book on creative vigilantism climbed heights even a right-to-troubadour state like this one could only consider nosebleed. Ely’s hot harp under “New Delhi Freight Train,” whose rhythmic breakout mid-song greased its steel wheels, and Allen’s mournful “My Amigo” funneled into the doo-wop thrust undulating “The Pink and Black Song.” If Texan songsmiths made up an Algonquin round table, Terry Allen would sit at the head:

“I don’t wear no Stetson, but I’m willing to bet son, that I’m a bigger Texan than you are.”

That first fellow jacked a car in first encore “Gimme a Ride to Heaven Boy” and James Cleveland spiritual “Give Me My Flowers” called the service home. Incredible, every blessed, giddy moment of it. There’s hope yet for our most dumb and dangerous of species. 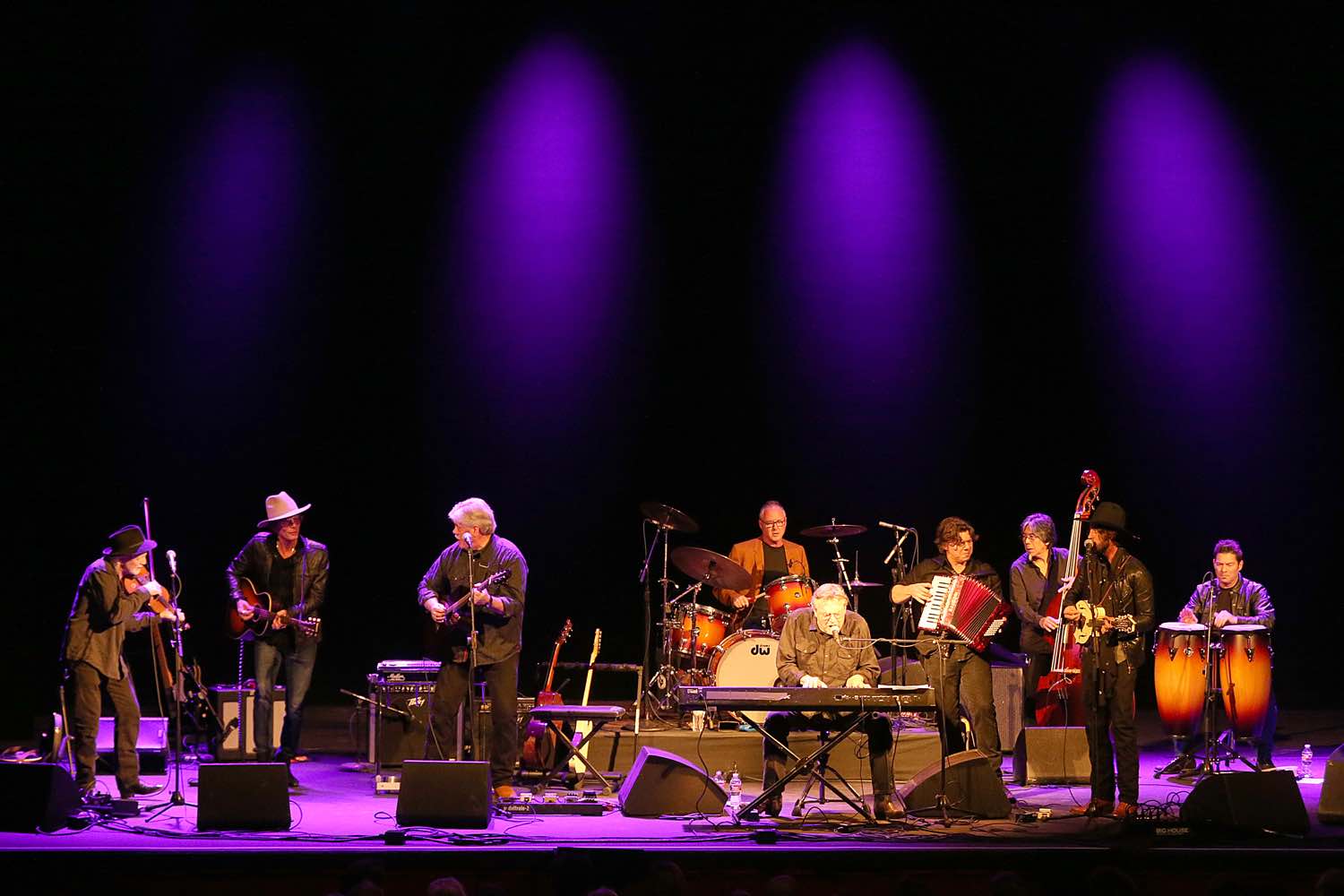