Pantera frontman knocks the rust off in tour opener

Metal’s found a new home in Austin. Mohawk, Barracuda, Sidewinder all throw horns, but new Grizzly Hall lessees Come and Take It Productions – late of the Dirty Dog Bar – core up on punk and metal, while dabbling in country and hip-hop. Anthrax, Marduk, and French delicacy Alcest dot their upcoming calendar, but first, a christening from Philip H. Anselmo. 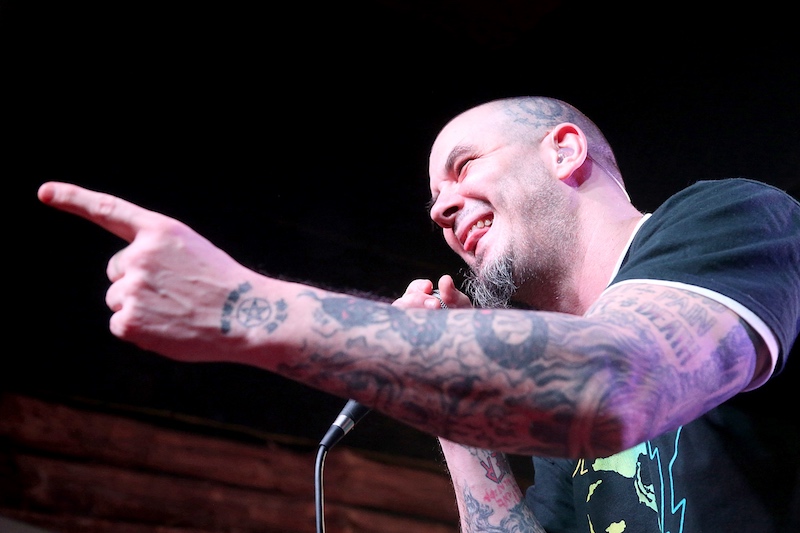 Superjoint Ritual, the singer’s refuge after the dissolution of Pantera in 2003 (though the band preceded that by a decade), lit up a third burner in November, their first LP since that same year. Still hardcore grenades in steel casings with a nod to the quintet’s black metal moniker, Caught Up in the Gears of Application reunited founders Anselmo and guitarists Jimmy Bower and Kevin Bond for a good, old-fashioned, post-Pantera beatdown. At the roomy but intimate, 500-capacity lodge Grizzly Hall – soon to be re-branded Come and Take It Live – close quarters with such genre greats made up for tour-opening rust and audio gunk.

Handing his gum to someone down front, Anselmo sounded like 100 yards of gravel driveway in greeting the full house.

“We’re Superjoint from New Orleans, Louisiana,” said the NOLA native, whose Texas tenure with the Abbott brothers in Pantera today entitles him to first-name status in the Lone Star State same as Willie or Flaco. “Yeah, I love you, too,” said Anselmo with childlike absentmindedness as he put in ear monitors, his charisma undimmed by decades of controversial comportment – even when jabbing a thumb onto one nostril and blowing a snot rocket out the other.

Stage front making concerted eye contact and joking with fans, he exhorted violent doom such as new flex “Sociopathic Herd Delusion,” whose rumble and release hooked with a staccato riff. At one point, he and the band dropped into an atmospheric minute of Black Sabbath’s “Hand of Doom.” Gears of Application’s title track, Nirvana meets Motörhead, “shit the bed” and combined with the “septic tank” of album companion “Ruin You” to set up new disc live highlight “Asshole.”

The crowd shouted the chorus back at Anselmo: “Shit comes outta that!”

People have talked a lot of dookie about Anselmo and vice verse, but whether asking for Flonase because his singing was all nose, welcoming a stage diver dressed like Jesus Christ onstage, or blowing kisses and flexing his biceps, the big galoot could do no wrong. That began when he brought Superjoint back to life a few hundred yards away at Emo’s during his second Housecore Horror Film Festival there in 2014. And in a room that saw Charles Bradley as the second coming of James Brown when it was Antone’s briefly, and shook dangerously when extreme pioneers Repulsion played there for the same fest when the building was Midway Field House, the metal legend put the club back on Austin’s live music map, whatever its name. 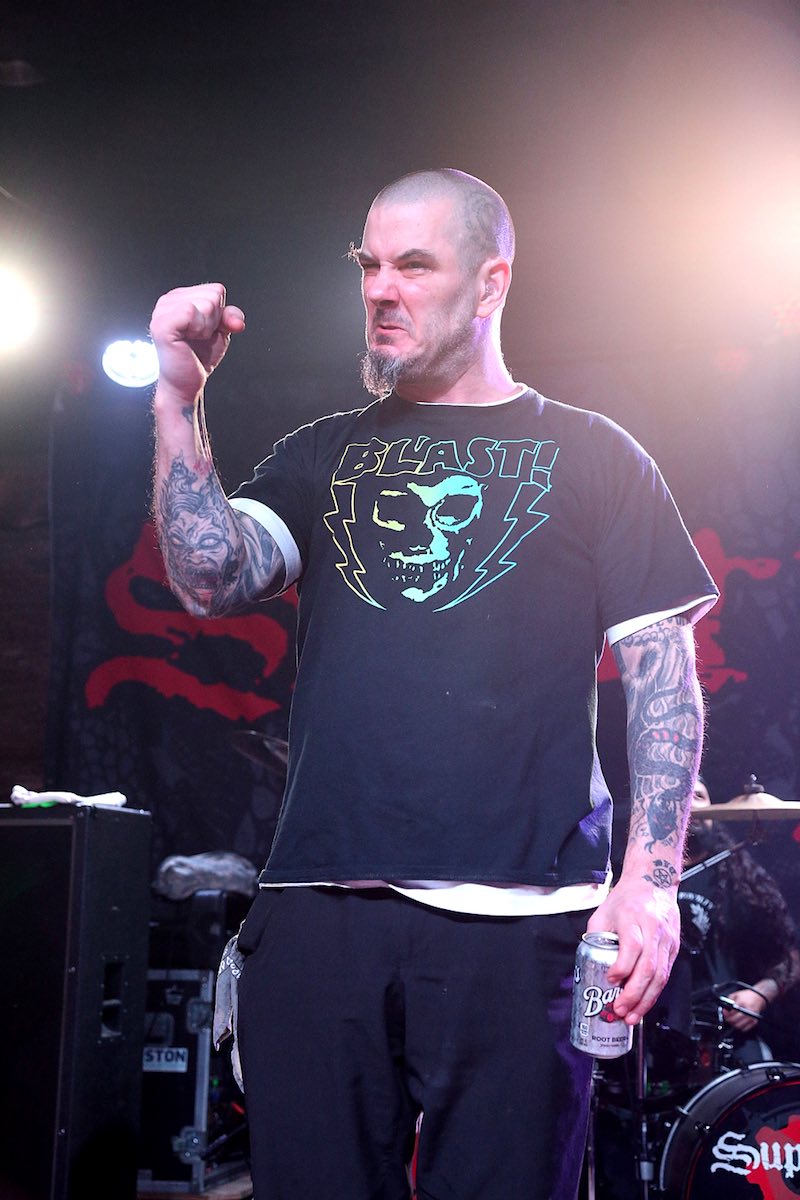