Computer screen savers at a stageside tech outpost read “70 minutes.” Willie Nelson left exactly one minute on the table when he finished at the Moody Theater near 11pm on Thursday. That’s all it took for the greatest living country pioneer to consummate his May-December romance with Austin utilizing the intimacy of a solo songwriter set at the Cactus Cafe. 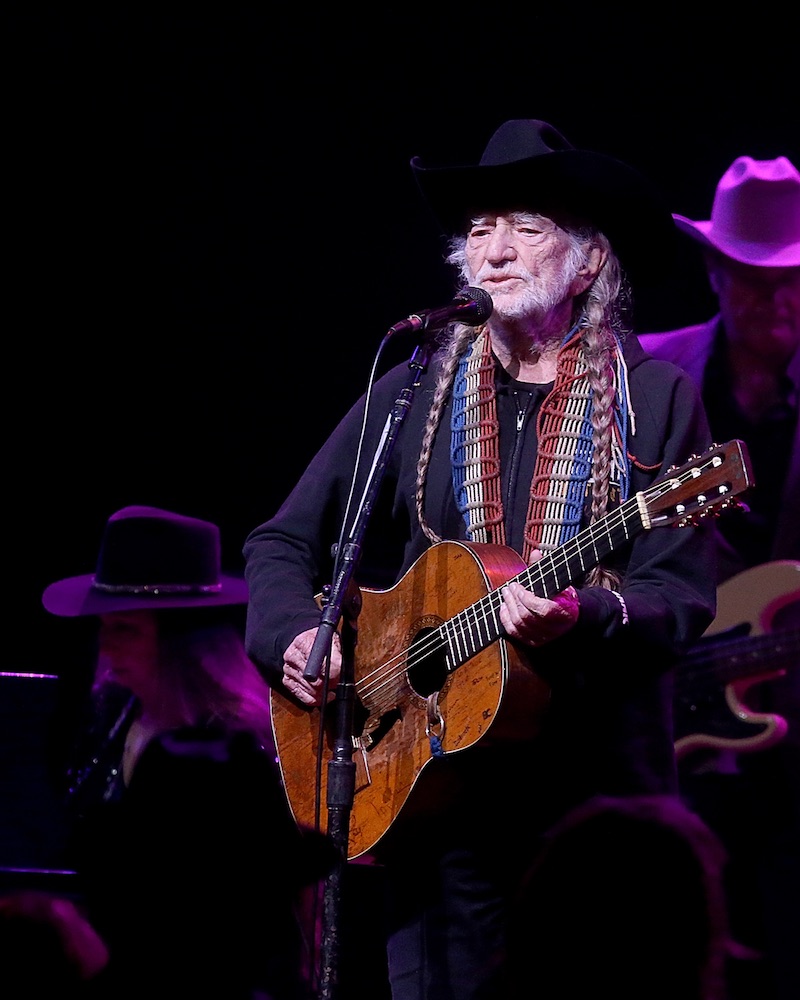 Closing in on five decades, today’s version of Willie Nelson & Family remains a small affair: a bassist, three percussionists, enduring harp delight Mickey Raphael, and the Nelson siblings – the bandleader, 83, and “sister” Bobbie Nelson, 85. Willie’s the sole guitarist. If there were two of him, all other acoustic guitars around the planet would snap into kindling.

Ramshackle as the time-keeping was, Willie serenaded a hushed house as he manhandled his instrument, “Trigger,” like he was wrestling a live reptile. Clutching and squeezing the neck as he picked and flicked its nylon strings, Nelson attacked his iconic Martin classical guitar harder than the majority of axe murderers you’ve ever witnessed. Not having to sing over a band or other guitarists, and eddied by a steady stream of Bobbie’s saloon shimmer, the singer crooned and clipped a great American songbook far richer for his workmanship on it.

Waylon (“Mammas Don’t Let Your Babies Grow Up to Be Cowboys”) and Willie (“Angel Flying Too Close to the Ground”); Lefty Frizzell (“If You’ve Got the Money, I’ve Got the Time”); back-to-back “Georgia” peaches; back-to-back Hank Williams; and back-to-back pot edibles proved dizzying. A couple dozen country doozies, a couple instrumentals, and a half-dozen red bandanas flung into the front rows of a sold-out service: The Family sounded twice as sharp as their debut ACL Fest appearance in October.

Although “On the Road Again” may not have even breached the two-minute mark, its clickety-clack train beat, Bobbie’s ivory ripple, and Willie’s flamenco dash set fire to the comet. In a medley of his own standards, the main event pelted his craggy guitar with jangle and pops echoed in his vocal delivery, “Crazy” and “Night Life” dancing to his dogged rhythmic quirk. One spry instrumental made “Camptown Races” sound like a waltz.

The litany of young man tour foibles on Nelson’s “Me and Paul,” its titular partner in outlaw behavior still anchoring the Family’s backline, twanged just a tinge melancholic for rowdier eras. Then again, his delivery of Hank Williams’ line, “Son-of-a-gun, we’ll have big fun on the bayou,” came off positively boyish. A Gospel flourish at the last kicked plenty of upswing. 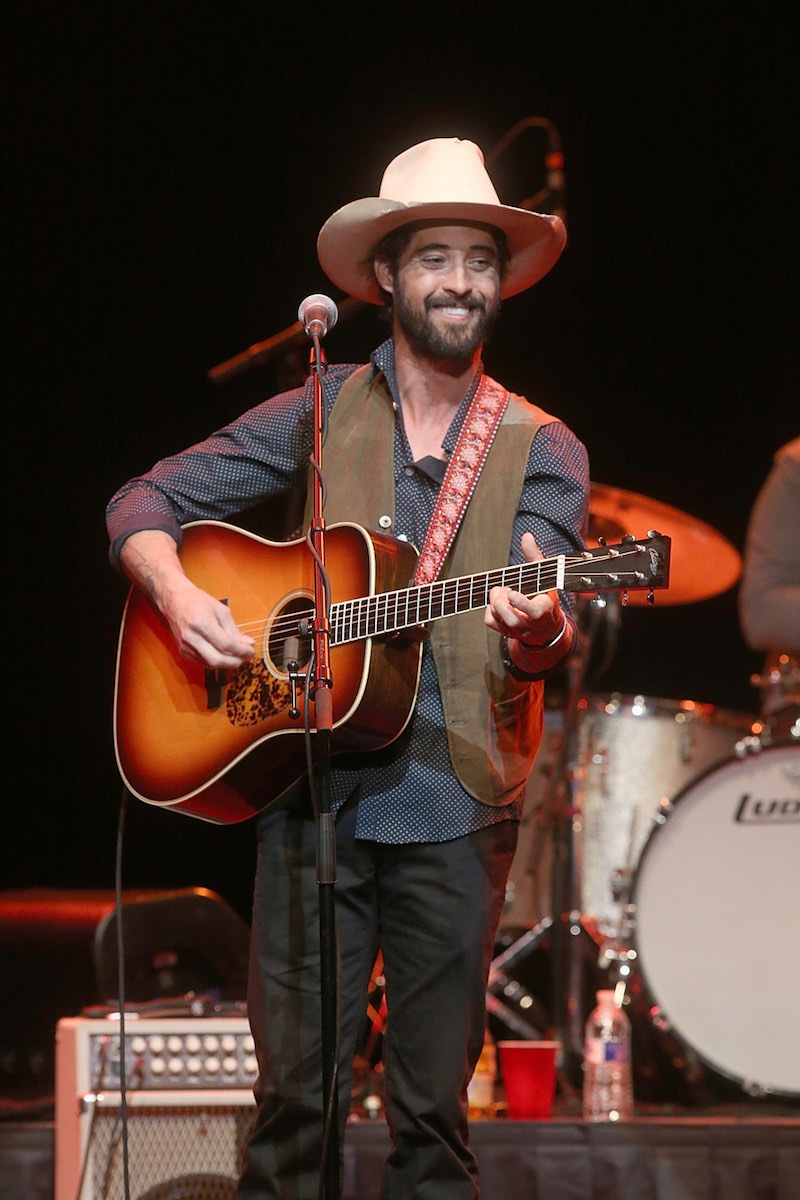 Ryan Bingham, whose hour to start the evening had proved outlaw country will outlive even Willie Nelson, shared a mic with his frontline of Jesse Dayton and fiddle tamer Richard Bowden, plus Ray Benson, on closer “I’ll Fly Away.” Tonight and tomorrow’s sold-out Moody follow-ups will doubtlessly get no less air born. God bless Father Time.

“Still is Still Moving to Me”

“Beer for My Horses”

“Mammas Don’t Let Your Babies Grow Up to Be Cowboys”

“Angel Flying Too Close to the Ground”

“On the Road Again”

“Always on My Mind”

“Roll in My Sweet Baby’s Arms”

“Georgia On My Mind”

“Georgia on a Fast Train”

“Jambalaya (On the Bayou)”

“Roll Me Up and Smoke Me When I Die”

“Will the Circle Be Unbroken?” 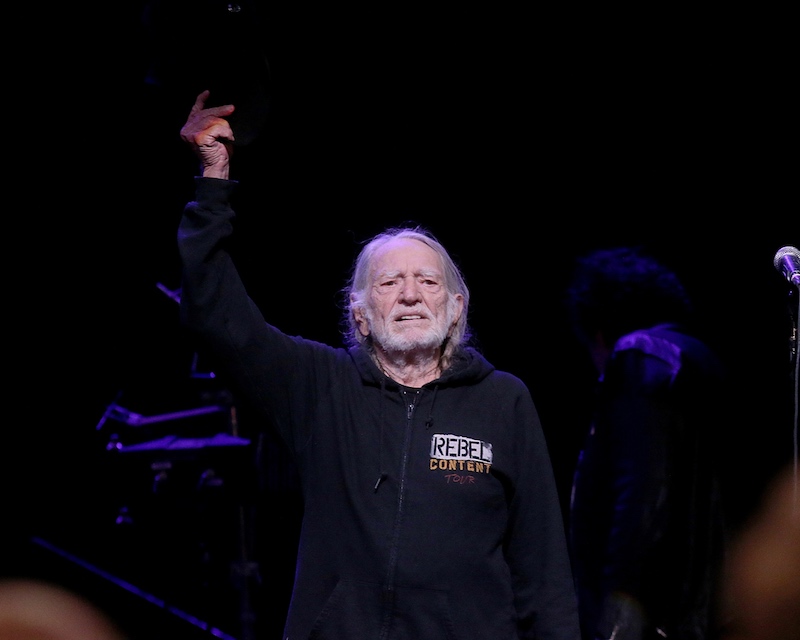 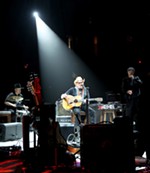 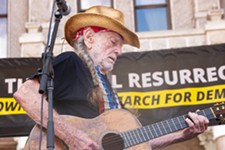