How to Become a Musician – Episode 2

In the second episode of Jackie Venson’s web series, the burgeoning singer-songwriter-guitarist crosses paths with fellow Austinite Dale Watson in Manhattan. Munching gyros, singing in the subway, and generally “moseying” – a pace Watson says New Yorkers detest – they discuss the practical and philosophical points of life as a bandleader. 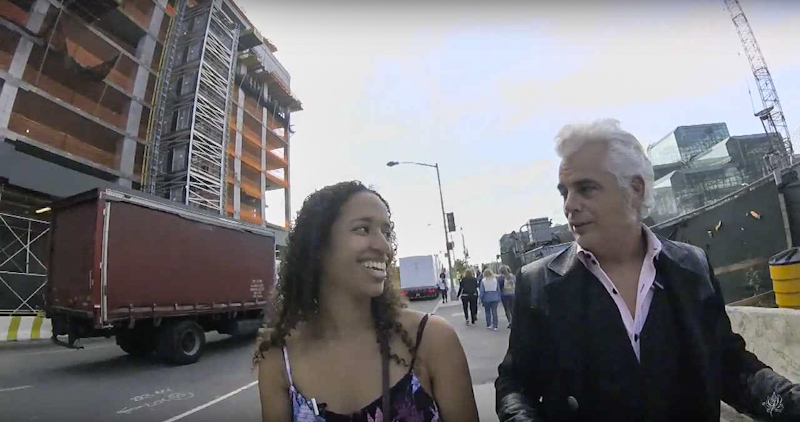 A salient piece of advice from the veteran honky-tonker: “Don’t sell out!” When Venson prompts him for a definition of “selling out,” Watson elaborates: “Compromising your music for something that’s sellable.”

The five-minute clip is the sophomore installment of Venson’s new video venture, How to Become a Musician, which she hopes provides useful insight for those journeying onto the uncertain career path of music. Her own pursuit of professional musicianship blossomed this year with increased local acclaim and a stint in the house band on The Late Show With Stephen Colbert. The first episode found her chopping it up with Austin blues-rock siren Carolyn Wonderland, and future editions promise Riders Against the Storm and Nakia.

The premise centers around the wisdom dispensed by her father, bassist/vocalist Andrew Venson. Each episode begins with Pops dishing out a sage nugget, which becomes the jumping-off point of conversation for Jackie and her guest. Here, Andrew offers a pragmatic lesson in establishing the hierarchy of a band.

“If you want to be the leader of the band, own the PA system and get the gigs,” he says. “It’s as simple as that!” 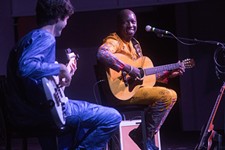