Nash to host TBLSH cameo at Antone’s on Wednesday?

Long orbiting the same musical cosmos, Austin space jammers Bright Light Social Hour and Dripping Springs’ psych troubadour Israel Nash finally crossed paths last year when they both performed at a hometown charity event. Each was blown away by the other. 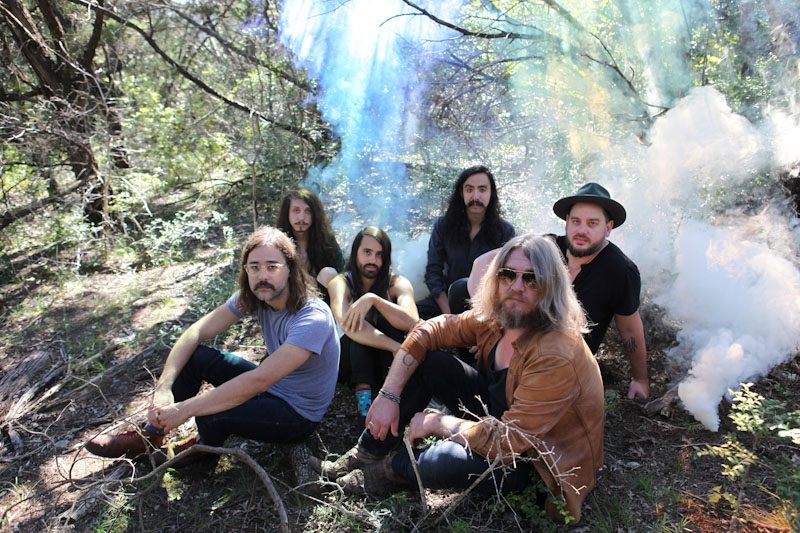 That meeting, followed by mutual tour stops – the acts share a booking agent and their managers work out of the same office – manifested last month in Neighbors, an EP Chronicle reviewer Jim Caligiuri called an “unexpected collaboration making complete sense.”

To accompany a trippy video stream of the collaboration, Nash and TBLSH bassist/singer Jack O’Brien got on the horn to field some questions about the project.

Austin Chronicle: Your new single “Lupita” addresses the struggles of undocumented immigrants in the U.S.

Israel Nash: The lyrics were inspired by what we’d been talking about around the table – things that were bothering us politically. Some of the theme began with our interest in the election and everyone’s fears about Donald Trump, but we wanted to make something that wasn’t negative. We all believe that positivity and love changes the world, negativity doesn’t. So that informed some of the themes on the record. Maybe we should have used more hate.

Jack O’Brien: The other two songs are more abstract and not the same specific narrative. We’d written “Lupita” first and had that in mind when we we’re doing “Palestine” and “The Forest.” “Palestine” is about being left behind after a loved one has gone in search of a better life and you’re worried and have no idea what’s going on with them – if they’ve found a better life or more struggle. “The Forest” is also about trying to find your way in a hostile environment. The chorus is about a moment when that experience is different and exciting, but the rest of it is dark and paranoid.

We did discuss writing a big “Fuck Donald Trump” song, but then we said, “Wait a minute, maybe it would be more effective to give perspective by telling a story.” That’s more seductive than saying, “Yo, I’m angry,” because then you’re either gonna say, “Yo, I’m angry too,” or, “I don’t agree with that anger, turn it off!”

AC: Is it important for you as Texas artists to bring a compassionate lens to the issue of immigration?

JO: Absolutely. We’re only four hours from the border between Laredo and Nuevo Laredo. We basically have a straight up war going on four hours from our home – the drug war that’s been happening since 2006. It’s not just people saying, “I’m not that happy in Mexico. I think I’d like to go to the States.” They’re refugees, escaping violence.

IN: We share this idea that these people deserve to have hopes and dreams as simple as not being killed by drug cartels. I don’t understand where the compassion has gone from our country. We need to be able to look at people like people.

AC: What was the writing process like for Neighbors and what was the feeling in the studio?

IN: It was organic. I haven’t done a lot of collaboration and the Bright Light guys hadn’t either, so there was that fear of not knowing what people expect of you: “Does everybody expect a great song to happen immediately?” But it ended up unfolding just like any band would. Shred, Bright Light’s keyboard player/utility guy [real name Edward Braillif], just started playing some chords and I started singing the melody that became “Lupita.”

Just like it always happens, something sounds cool and you go with it. Most of the writing was done collectively and it was great to share that experience with them. The beauty of people coming together, whether it’s music or something else, is that progression happens and ideas happen, and people move forward together.

JO: The original plan was just to release a split 7-inch – one Israel song, one Bright Light song – and not really collaborate, but then we decided to get together and see what happened. After the idea that became “Lupita,” we knew we had to do more than one song, so it turned into a three-song EP. Pretty immediately we were feeling that fresh excitement. The four of us in the Bright Light Social Hour are very protective of our little circle, but working with Israel proved to be super natural.

IN: This collaboration helped me in ways that I’m still discovering. I’ve been writing like a madman in the last month. I’ve got a bunch of songs and we’re going to start tracking. But it’s always nice to get out of your close-knit circle, what Bright Light sounds like or what Israel Nash sounds like, and get back to the basics.

It brought me back to what music felt like when I was 14 and I like that lens because I hate to feel like a grownup worrying about percentages, sellouts, payments, and going to Europe – all this stuff that has nothing to do with the raw aspect of making music. That’s what I’ve been chasing and that’s what I received with this project.

AC: Had you not called the collaboration the Bright Light Social Hour & Israel Nash, what would you have named this band?

JO: The working title for “The Forest” was Crosby, Stills, & Neu, referencing the German Krautrock band. We felt like we sounded like a mix of those things.

AC: Tell us about the visualizer we’re seeing today?

JO: It was made by this guy Ryan Padgett, who’s done projections for us and at the Waller Creek tunnel. He’s really on another future level. He actually took some of the pieces of artwork from EP and invented this scene where you have this vibe of flying over it. It’s just something to drop you into the floating downstream state of mind while you listen to the songs.

It was important for us to have this whole project be homegrown and convey the feeling of people in Austin working together. In addition to our bands and producing it between our two labels, we also had the recording mastered by Erik Wofford at Cacophony Recorders and the art done by Jaime Zuverza.

JO: We’d love to do a lot more playing together and find ways to do it. I think you’ll occasionally see us playing shows or jumping onstage together and maybe making new music.

IN: That’s what all these connections are about: making the world a smaller place – being neighbors.

Israel Nash performs Wednesday night at Antone’s. Wouldn’t it be cool O’Brien jumped up and performed with him? 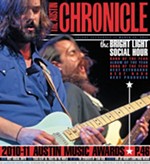 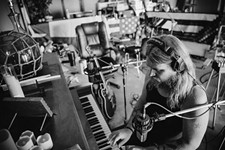