Heft and heart for the first of three solo hometown gigs

“Can we give it up for my band?” Gary Clark Jr. dryly asked a packed Paramount Theatre during Sunday’s intimate solo performance, the first of three consecutive sold-out nights. Patrons hollered approvingly at the lone guitarist, who shed his explosive backing band in lieu of a tender, 100-minute set highlighting his songwriting and heroic antecedents.

To paraphrase Clark’s own “Don’t Owe You a Thang,” just him and that guitar, baby, that’s all we got. 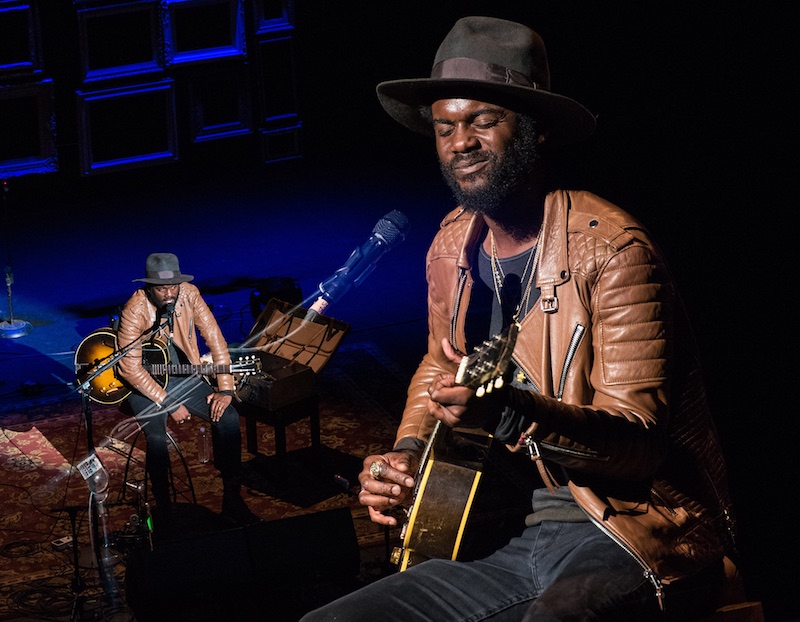 At this point, it’s lazy to compare Austin’s latest blues torchbearer to the genre’s legends of yesteryear. Yes, Clark’s studied the pyrotechnic shredding of Jimi Hendrix and the tasteful string-bending of B.B. King. His brown leather jacket and dangling gold necklaces suggest the retro swagger of Lenny Kravitz. His nimble soloing and simultaneous plucking of bass notes with his thumb honor the king of the Delta blues himself, Robert Johnson.

Yet rather than sounding like a relic from a bygone era, Clark weds his reverence for the form with his pop sensibility to create instantly catchy slabs of rock & roll both anthemic and authentic. On display Sunday was his full repertoire, interspersing originals with blues standards and always maintaining his humble enthusiasm.

“I had a set list earlier. I don’t know where it is, so I have no idea what I’m doing,” Clark told the unlit audience earnestly. “And I can’t see you, so I’m scared. But I love you.” 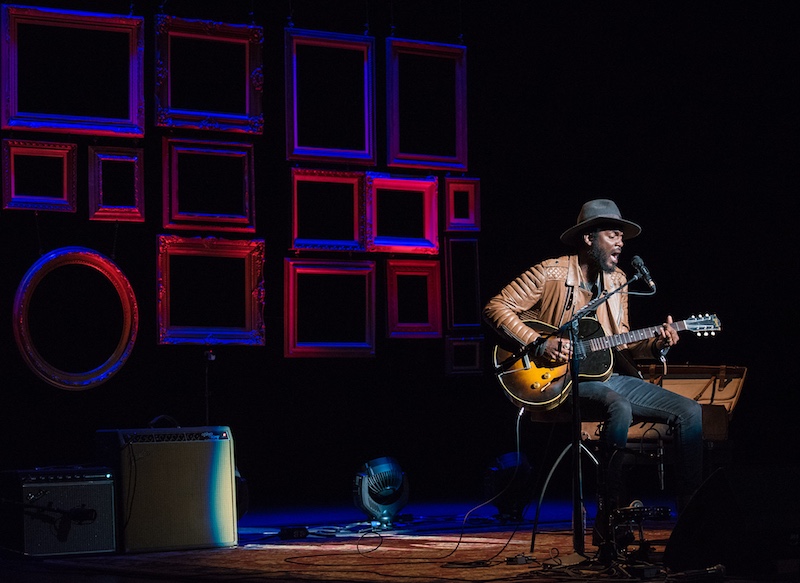 Playing coy is nothing new for superstar musicians looking to humanize themselves, but everything about Clark’s performance seemed sincerely modest, from his well-timed banter to the minimalist stage design. Dangling picture frames changed color above the 32-year-old’s head, while two guitar amps, a small table with an open briefcase, a tambourine, and a bass drum adorned the stage. Clark stomped both tambourine and bass drum during an incendiary rendition of “Catfish Blues,” cutting a figure of the archetypal blues traveler walking wearily toward his destination.

“I got something in this box, but I need something else to go with it,” the bluesman told the mystified audience halfway through his set. “I need a cup. Can I get a cup? I swear I’m a professional.”

A roadie quickly granted his request, and Clark brandished a glass of whiskey from the suitcase, treating himself to a congratulatory shot. It was a hard-earned indulgence after the guitarist powered through two consecutive Jimmy Reed covers, “Shame Shame Shame” and “Honest I Do,” whipping out a harmonica for the latter.

“I know there’s some hard players out there,” he said in regards to the blues harp. “Don’t judge me. I just love this thing.”

For all his instrumental prowess, Clark’s vocals dazzled the most in Sunday’s stripped setting. His smoky chest voice lent a raucous energy to “Numb,” while his soulful falsetto gave “You Saved Me” an ethereal, Prince-like quality.

“That’s enough of that sweet stuff,” he said as soon as he finished the latter song. “That was a bad idea.”

He made up for it with a scorching version of “Next Door Neighbor Blues,” scrunching up his nose and grimacing as he played a downright nasty slide guitar solo. It’s a face every six-stringer knows well: the unadulterated thrill when the notes coaxed from an instrument sound so delectable you can hardly believe they’re yours.

The most thunderous wave of applause came during “Bright Lights,” the prophetic stomper off Clark’s 2012 major label debut, Blak and Blu. Clark added a double dose of grit to his voice as he promised the Paramount, “You’re gonna know my name by the end of the night.” 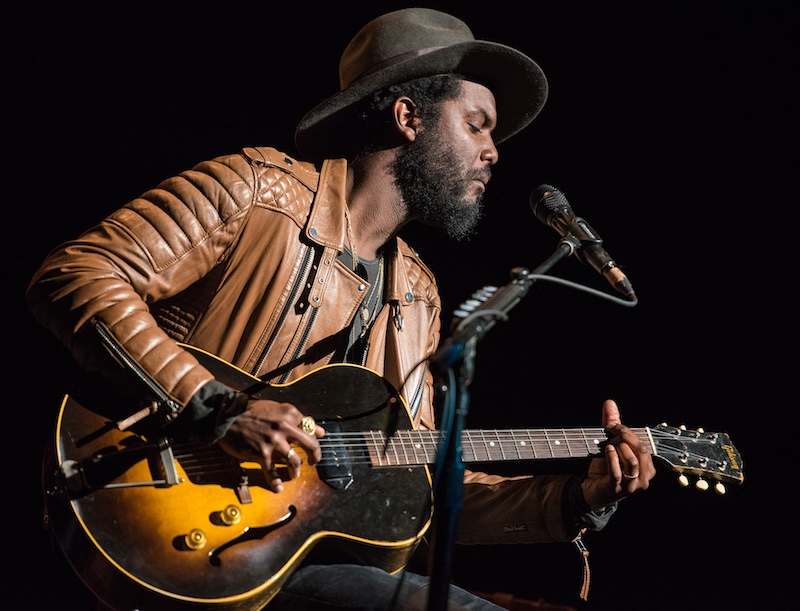 Actually, every fan in the house knew the wunderkind’s name long before they snapped up tickets. Four years after the release of Blak and Blu, Clark has graduated from feisty contender to champion of the blues, a world-renowned artist who’s graced festival stages, charted two Billboard Top 10 albums, and even picked up a Grammy along the way. Yet on a cold, damp December night, the seasoned vagabond simply delighted at the chance to rest his weary bones in the warm embrace of home.