Gospel great tapes for PBS on the Sabbath 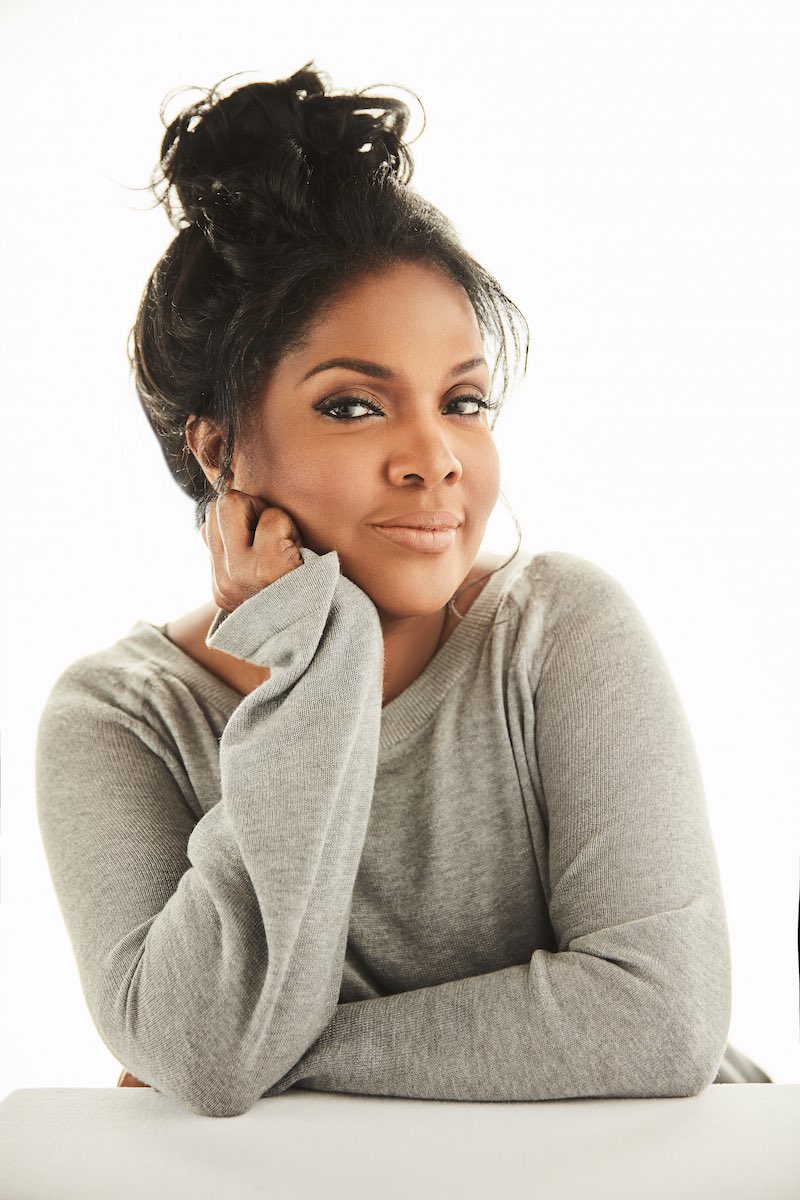 Austin Chronicle: Your parents were heavily involved in the church in Detroit, and now you’ve started your own church with your husband, Alvin Love, in Nashville. Does that feel like taking on the role of your parents?

Cece Winans: It’s amazing how you become your parents no matter how much you duck and dive. You eventually become them, or at least the good parts. I feel everything that’s happened in my life has prepared me for this moment with helping youth and other people in the church.

It’s funny because in moments, I feel like I should have already retired, but it’s a blessing. Just like my parents, I understand that kids need outlets and alternatives. Even though my parents were strict in our upbringing, they understood we needed to have fun in order to accept God into our lives as young kids.

My parents had a house full of 10 kids, but it was other kids too. My father knew the importance of outlets like sports, which is why he had a bowling team or a baseball team. He would organize community athletic groups, put us in choir, and hold concerts for us to showcase our talents. That’s what I feel like I’m doing through the church for other kids by teaching them what faith looks like in a relationship, finances, kids, emotions, and having a better life.

It’s awesome helping people through all walks of life, especially the youth since they’re our future. Originally starting as a Bible study in our house nearly five years ago, our own endeavor has turned into Nashville Life Church. It’s pulled me away from the music scene, but seeing positive changes in families and kids makes it all worthwhile.

AC: Let Them Fall in Love is your first album in nearly nine years. It’s so new for you. There’s blues in “Hey Devil!,” country on “Why Me,” and “Lowly” gets a choral uplifting. Why the change?

CW: That’s my son. He came up with the vision and had to convince me. He showed me these songs before we started the church because I was thinking about going back in the studio. My son told me, “I’m not trying to make you anything that you’re not, but I think I can make the album fresh and relevant, and it’ll be perfect.”

He should really be a creative director, because he was one of those kids who never did his homework, but he would always be writing songs or drawing. I would always be like, “Alvin, I’m gonna hurt you. I know you’re going to be great someday, but that’s only if I don’t kill you before it happens [laughs].”

I believe he first played me “Lowly,” and I was very unsure because it sounded so different, but he would keep saying, “Ma, trust me.” It took me a while, but I grew fonder of it after a lot of listens. I was so unsure if I was going to feel it and if my audience was going to like it too. Then he played me “Peace From God,” and I felt it was a message I could sing since it felt universal. Then he played me “Hey Devil!,” and I was sold. It was so new and the lyrics were so bold.

Then there’s “Why Me,” which was another curveball. That song came because I was invited to sing it with Kris Kristofferson. I had never heard the song, but when I did, the lyrics were right in the pocket. Unfortunately, I couldn’t sing with him because I got sick, but Alvin came and was like, “Mom, I think there’s a remake of this song you need to do.” And I thought, “Alvin, it’s a great song, but country? Come on.”

He just kept saying trust me on it, so I submitted and went with it. When we got into the studio, I realized how much I loved the songs. 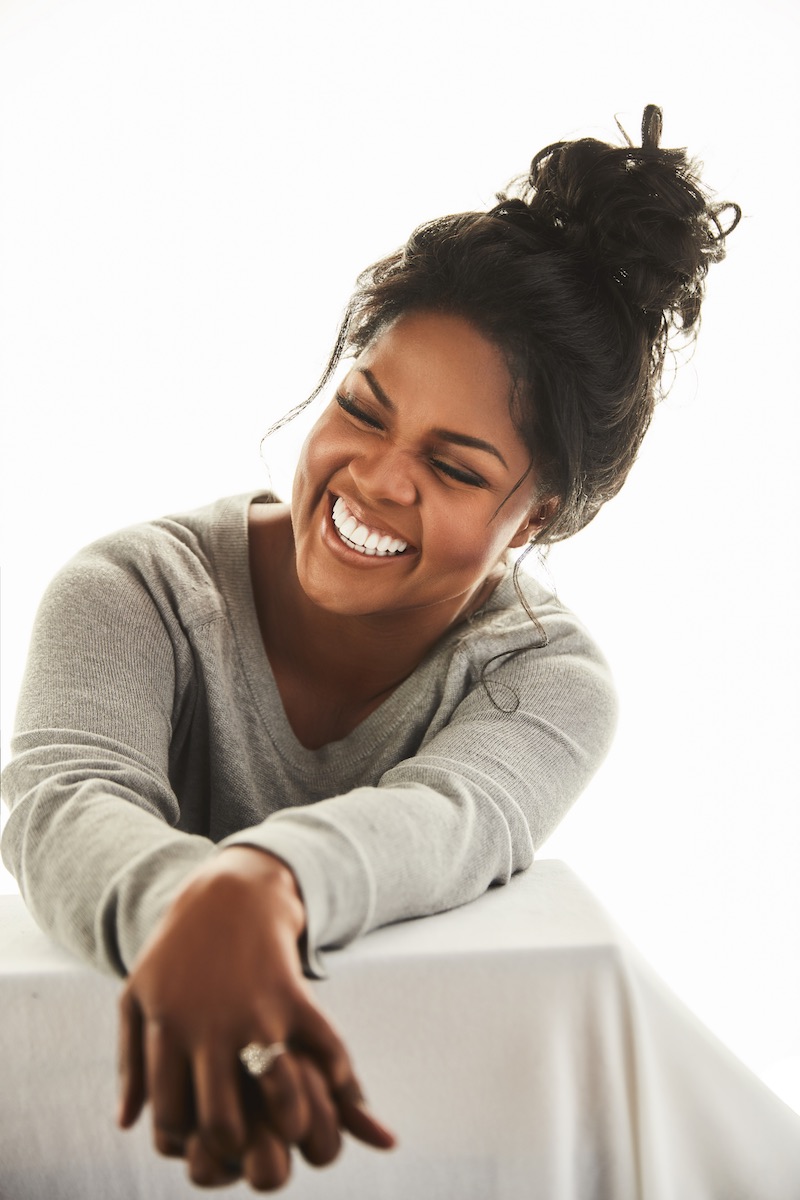 AC: How was it working with your son in a more professional environment?

CW: Well let’s say there was tension, but it was good. I definitely pushed him to his limits where I knew if I weren’t his mom, he probably wouldn’t take it. When he was working my nerves, I knew it was because he wanted the best and to push me. And it’s funny because I remember the other day he came up to me and was like, “Ma, I know your voice,” and I just responded to him flatly: “Alvin, you’re my child, I’m not your child.”

And I’m cracking up thinking that he thinks he knows more. But it’s real, and we respect and love one another. There were moments where I’d be [laughs], “Why did I raise you to say what y’all thought?”

I’ve seen growth in both of us, but I’m more excited for him than I am for myself, because this is his first time that he’s produced practically the whole record. Seeing him going in with musicians of A-caliber and telling them what to do was great. They’d give him odd faces at first, but after they would be like, “That sounded awesome.”

Alvin knows my voice, but man did he push it to new lengths. It’s all within my range, but he’s making me work. I’m trying to make it the best I can, but age definitely does kick in. I know who I am, so I’m trying to enjoy it more than carry the stress of it.

AC: “He’s Never Failed Me Yet” recalls you as a little girl being in church, and there’s a nice touch of church bells in the beginning. What did you love about church when you were young?

CW: I fell in love with God at such a young age, and my grandmother was the mother of the church I attended when I was growing up. I would always hang out with her and her friends when I was little. I think all my friends were 60 and older when I was 12. I loved them and praying with them. I remember I’d get up at the crack of dawn for prayer and I loved it. It was the presence of God. It’s something I can articulate now, but I was never able to fully grasp as a young child.

Church was a safe and peaceful place for me. I fell in love with the older women and seeing their confidence in who they were and how they loved God more than anything. Seeing them live their lives solely for the sake of others and in a way that was pleasing to God was great. For them, to have such a joy and be full of life given their age, I knew that was how I wanted to be. It gave me the confidence and strength to deal with peer pressure and to be different. “He’s Never Failed Me Yet,” is my testimony to life and my love song to God.

AC: Your parents are such an important part of Detroit and gospel music. Not only that, your four older brothers formed the Winans, and both you and your younger sister Bebe sing. What were the early years of the Winans like?

CW: Boy, it was a lot of noise. Now that I’m older and just with two kids, I think back a lot and ask myself, “Man, how did they do it with 10 kids?” None of us had formal lessons, so there was a lot of screaming and banging on the piano until it turned into harmony. My parents both sang and played the piano. We didn’t have a choice, we were in choir.

Whenever we came home from school, someone was always on the piano writing a song. My parents would take their money and put us in concerts somewhere in hopes that someone would come and see us. My parents saw the importance of honing in on our craft. We don’t see each other every day, but when we do, it’s like we never missed a beat. Although my father has passed, the family came together for my mom’s 80th birthday, and in those moments, it’s like seeing God work his magic.

Even though we had our fights like brothers and sisters, we were ingrained in love and taught to treat people the way you would like to be treated. My father would always tell me when I was little, “If you do the right thing, God is gonna bless you. But if you don’t, you’re going down like the Titanic.” There was definitely no in-between, but for that I am eternally grateful. At the end of the day it doesn’t matter who you are onstage, but offstage. 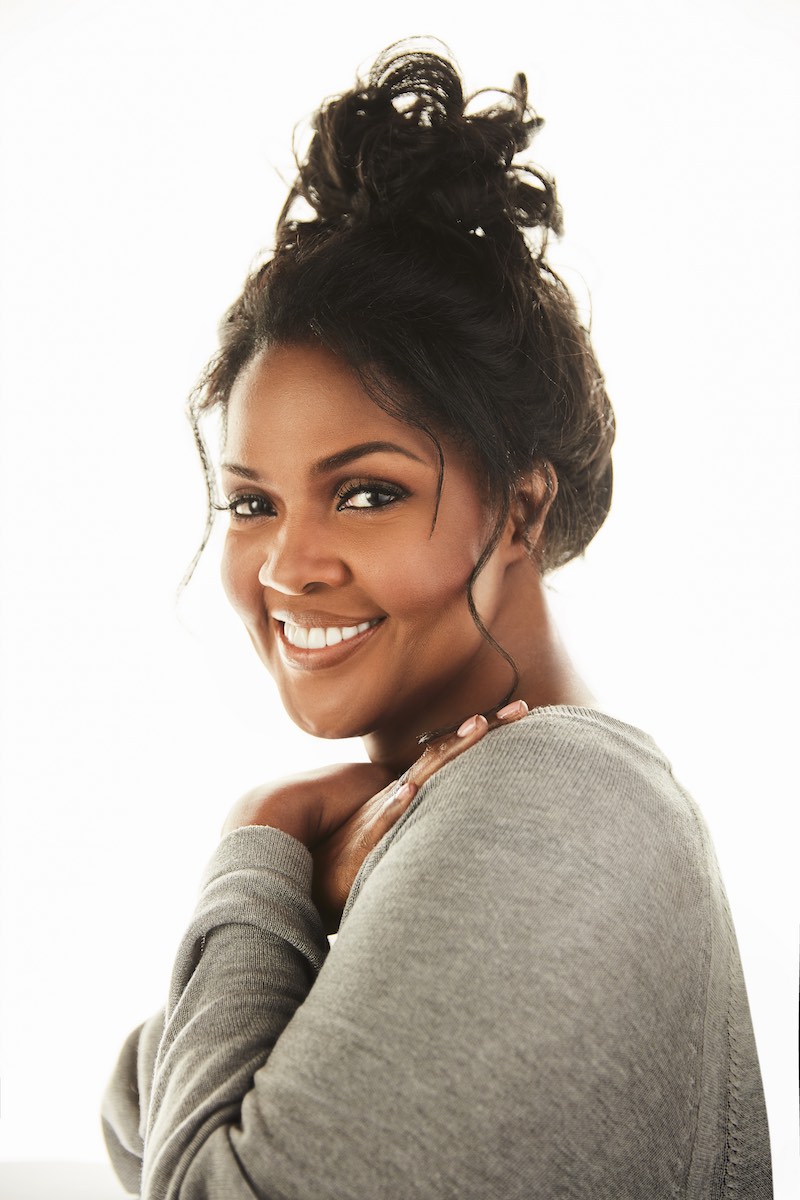 AC: You’ve received Grammys, Stellar Awards, NAACP Image Awards, and have been in the industry for decades. How do you manage to keep so humble?

CW: It’s not hard because we were raised by such humble parents. What I try to stress to other artists is that you have to have a life that has nothing to do with your job. It keeps you grounded, and you don’t get it twisted. I was doing an awards show comeback and right after the performance my baby threw up on me. Nothing like having a baby’s throw up on you after a great performance to bring you back down to the real world [laughs].

You can have all the awards, but that doesn’t help you when you’re dealing with situations that money and fame can’t solve. There have been many days where I’m bawling my eyes out and I look at my Grammy and think, “Wow, that doesn’t do anything for me.” Having a relationship with God, reading my Bible, and praying daily is what keeps me going and balanced. When I meet God, he isn’t going to ask me, “Cece, so how many Grammys did you win?” He’s going to ask, “What good did you do with what I gave you?” I’m a believer that happens to sing, not a singer that happens to believe.

It’s funny because Whitney Houston would call me when we first met and she coined a name. She told me I’m a reluctant star. In retrospect, it’s really true because I’ve always desired to sing, but I was totally cool singing in the background. I never really wanted to be up front. So even when I sang with Bebe and signed solo contracts, I would get into the studio and think, “Oh my God, what did I get myself into?” I felt that I never really wanted to be a star, but I did it because it was God’s will and he gave me the gift to connect with so many people through music.