“Austin, how are you?” shouted Andrew Katz from behind the drum kit midway through Car Seat Headrest’s Saturday evening set, prompting frontman Will Toledo to dryly quip back, “It’s not Austin. It’s McDade.” Such is the charm and cutting honesty behind the Virginia-born, Seattle-based quartet’s rise behind this year’s Teens of Denial. 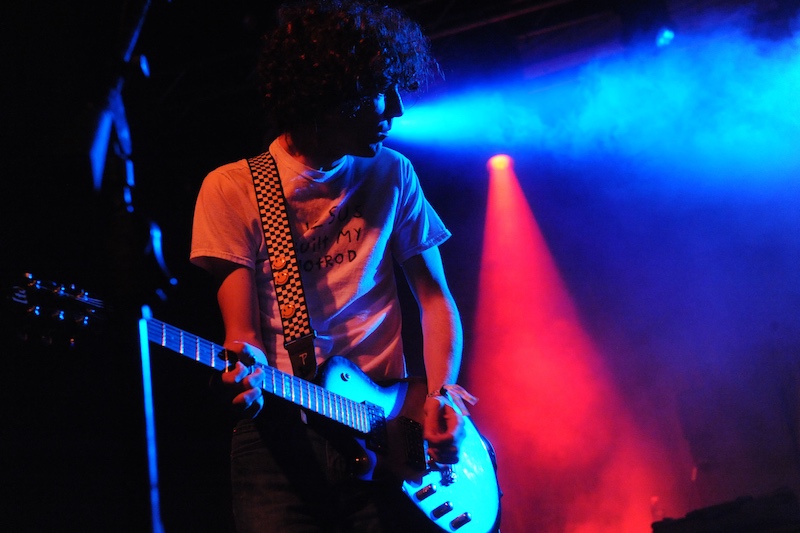 Draped in the dark trees of the fest’s Forest stage for a 7:10pm set, the band emerged piecemeal under a spray of spotlights to slow build into the roar of “Vincent.” CSH managed only six songs in 45 minutes, opting for impact over breadth and leaving everyone wanting more.

Toledo and crew hit all the right notes in raging against modern ennui, from Stephen Malkmus’ slacker hooks to a James Murphy-esque droll intoning that flows across “Vincent.” The brief pause as Toledo howls “I’m so sick of... fill in the blank” captures a frustration that turns catharsis anthemic as the crowd roars along with the chorus of “You have no right to be depressed!”

“Unforgiving Girl (She’s Not An)” unloaded tension as the band worked jagged riffs against Toledo’s calm but boiling delivery before diving back into the only older song offered, “America (Never Been).” Offered as an appeal to vote, the song’s live incarnation discarded the synthy beats for a low bass groove. “Drunk Drivers/Killer Whales” highlighted the set as its penultimate offering, unraveling like Pavement meets the National.

“Cosmic Hero” unfurled a seven-minute-long goodbye, teasing a Velvet Underground flair before making the influence explicit as the band rolled into “Sweet Jane.” CSH could have held the crowd another hour, but their Sound on Sound set proved they deserve the indie accolades trailing them since March’s South by Southwest.