Looking straight out of the thrift store, Thundercat played to his musical quirk in donning a blanket at the Keep stage near midnight on Friday. Strapping on his usual six-string orange Sunburst bass, Stephen Bruner arrived backed by swirling visuals reminiscent of Stanley Kubrick’s sci-fi spectacles or Pink Floyd’s LSD-laced technicolor fixtures. 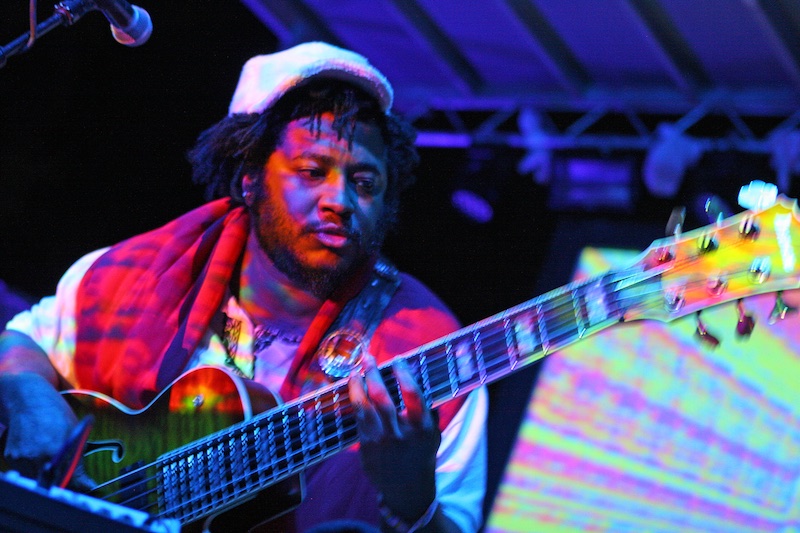 In a short, 55-minute set, he and his backing duo on drums and keyboards ventured through be-bop improvisation, hip-hop cool, runaway acid-jazz excursions, and space-funk electricity. While he boasts an impressive resume in contributing to Kendrick Lamar’s magnum opus To Pimp a Butterfly and Kamasi Washington’s astral jazz The Epic, he’s a force all his own with two full-lengths – The Golden Age of Apocalypse (2011) and Apocalypse (2013) – under his belt. Serving as a central figure to the South Los Angeles’ jazz renaissance, he shared a piece of home as he opened his set with songs from 2015 EP The Beyond/Where the Giants Roam.

Low-end bass wobbles in “Them Changes” coalesced with Bruner’s heartbreak falsettos culminating in a cosmic flourish of watercolor jazz keys with rainbow confetti bursts. Unlike the gentle gossamer on the album, “Lone Wolf and Cub” sped to a DMT-chased frenzy punctuated with chaotic cymbal crashes and in-the-pocket percussion. Bruner’s monstrous bass was merely an extension of himself as his fingers crawled up and down the fretboard like spiders webbing in and out of sinuous arpeggios, interlocked octaves, feather-light harmonics, and plucked chords.

“Oh, Sheit It’s X” peered into the future as his bass was equal parts robotic vomit and g-funk electronics channeling George Clinton’s charisma and Bootsy Collins’ bombast. Bruner shines with an eccentric virtuosity indebted to the history of Miles Davis and John Coltrane, but he sheds birth of the cool pretentiousness thanks to the quirky space oddity that flies his freak flag. 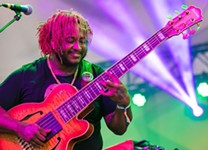