Nice of them to show up. 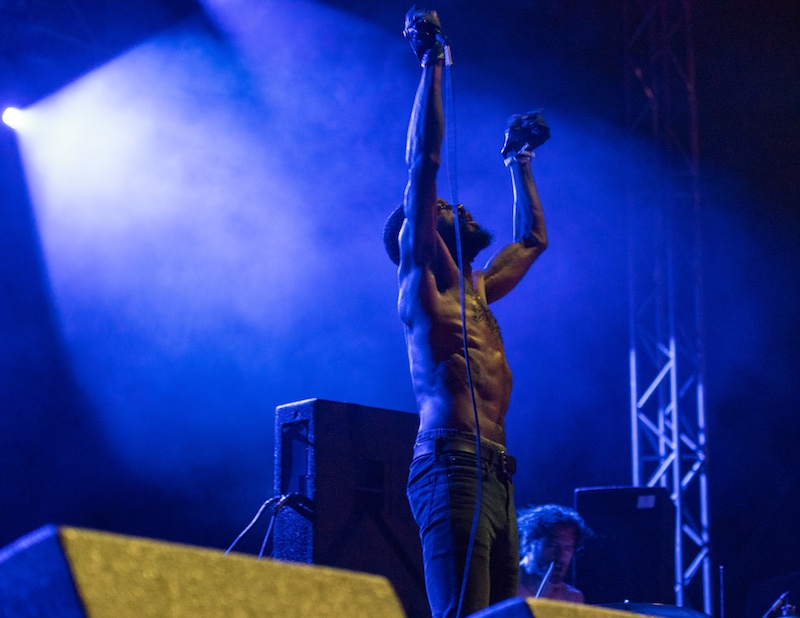 After performing at Fun Fun Fun Fest in 2011 and then flaking on appearances in 2013 and 2014, Death Grips finally graced the Dragon’s Lair stage on the opening night of Sound on Sound Fest with a 50-minute set echewing conventional festival etiquette. The Sacramento industrial hip-hop trio dominated on sheer aggression alone, demonstrating a mastery of the aesthetic they’ve cultivated since 2010. Shame that aesthetic looks and sounds like absolute shit onstage.

For 50 minutes, the trio pummeled listeners with hell-carnival synths, tuneless howling, and bass drops that literally made your nose quiver. Blue spotlights cast menacing shadows over MC Ride as he flapped his arms and writhed across the stage, his roar unintelligible. The audience ate that shit up.

Swarms of white, Karbach-swigging twentysomethings took no prisoners on their journey to the center of the circle pit, shoving unwilling participants out of their way for a chance to become a human rag doll hurled over the stage barricade. Do not fuck with these people. They’d have no reservations about spitting in your mouth and kneeing you in the crotch.

Death Grips hasn’t released an album of artistic merit since 2012’s The Money Store. That debut full-length and its preceding mixtape, Exmilitary, combined scathing sociopolitical commentary with gonzo samples and danceable, downright catchy beats. Onstage, songs like “Get Got” and “I’ve Seen Footage” crackled with hooks and swagger, while subsequent material got lost in the rumble.

Flailing limbs, ominous lighting, and earth-shattering bass all made for a killer Snapchat story and some instantly meme-able content, but at the end of the day it’s just refurbished shock-rap, totally devoid of substance. If Death Grips doesn’t want to play by the rules, so be it. But it’s time somebody called bullshit. 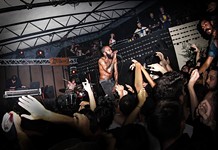