Live capital magic happens daily, but music festivals facilitate the miraculous. Like a fusion soundcheck by Thundercat at 11:30am on a hillside an hour outside of town in a medieval city; a 4-6pm back-to-back at BookPeople with Keith Morris and Waterloo Records with Alejandro Escovedo; all crowned by Adele herself on Red River. Boyfrndz included. 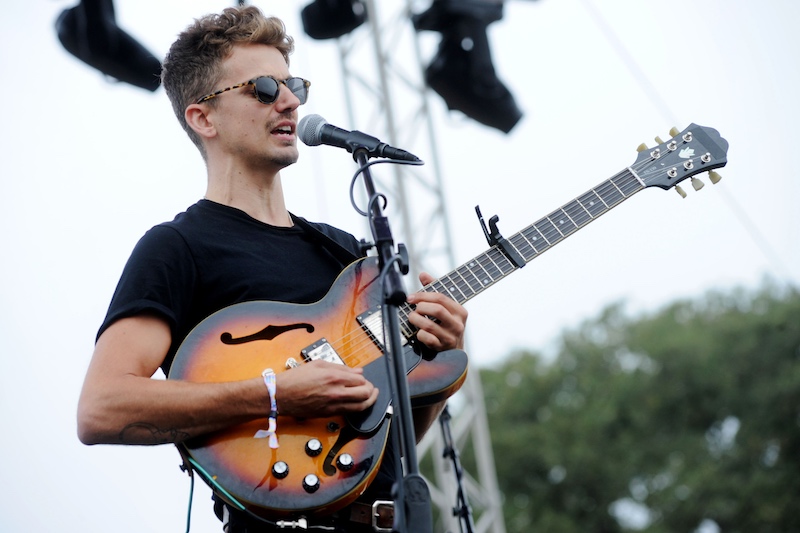 90 minutes before gates opened at Sound on Sound Fest in McDade – take 290 West and hang a left at Old Potato Road – the gloom-drizzled new grounds for Austin’s last major music festival of the past 11 years resembled stop-motion animation of a city rising out of the woods. Axe throwing, a half pipe in a jousting ring, headlining bassist throwing down in front of a castle: Indie nation meet the 16th century version of DIY. A half-hour after gates opened onto the main stage quad, Boyfrndz froze drizzle in midair at the Dragon’s Lair stage, angry purple host lizard perched on its towering stage rigging.

Field stripped of its top soil and custom made for that magic, peanut butter/chocolate festival combo – feet and mud – it brought out at least 100 enthusiasts to welcome the band, a number that doubled steadily during the 30-minute set. Drummer, bassist, and guitarist dressed in black, and its synthesist in civies, the local quartet emanated tribal UK Eighties post-punk. Frontman Scott Martin (w)rings out a voice much like his mustache: high altitude thin – crisp – icy at its epic peak.

“This is our first big festival like this,” signed off Martin. 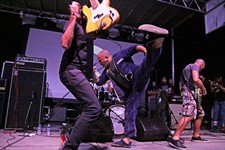