“At the risk of sounding like Ritchie Blackmore, can I get some more guitar up here?” Noise level proved a valid concern for Beach Slang’s James Alex on the castle facade Keep stage for his Friday evening set. The smaller, tucked-away SOS station hosts the bulk of the first-year festival’s noisy punk and hardcore, but what’s usually a raucous, Replacements-esque Philly fourpiece was reduced to solely its frontman. Following the departure of Beach Slang’s drummer earlier this year and allegations of sexual assault against the guitarist surfacing just before tour, Alex opted to go it alone.

Surprisingly little got lost in transition, the guitarist cutting loose good and loud, gravelly howl and fuzz-bristling attack intact. Beach Slang’s go-for-broke performances have become as important as its sound, and still thrived solo. Getting only a small core of songs from the band’s two LP catalog served as a potent reminder of the songwriting excellence at the root of the cacophony.

“Throwaways” stripped down to its traces of early Springsteen with unrefined, blue-collar hopeless East Coast imagery. Both “Dirty Cigarettes” and “Noisy Heaven” compelled as emotional heavy hitters allowed to be sparse. The 40-minute set also welcomed covers galore: the Cure’s “Just Like Heaven,” Jawbreaker’s “Chesterfield King,” Oasis’ “Wonderwall,” and a pretty version of Pixies’ “Where Is My Mind.”

Alex’s presence proved most memorable given his bowtie, ruffled tuxedo shirt, and a schoolboy blazer adorned with pins and a patch reading “Teenage Feelings,” his banter sometimes too precious, but earnest. The whole set felt like the conclusion of a far-fetched Eighties teen movie: Our weirdo, unlikely hero having his triumphant moment in the spotlight in spite of his band’s issues as he performs a stripped-down “Alex Chilton” from the Replacements for a large crowd at a Renaissance Faire and probably ends up with Molly Ringwald. 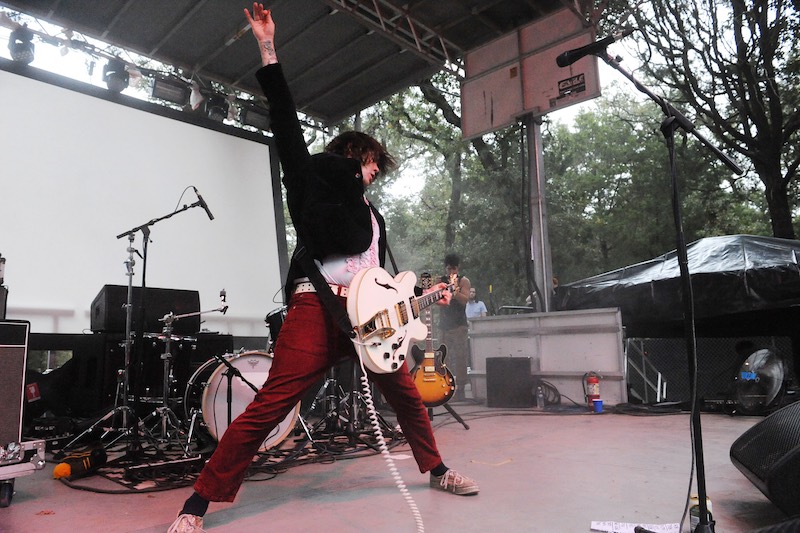