“Courtney Drops Details About Her Next Album!”

Enduringly down-to-earth and generous with her laughter, Courtney Barnett has been showered in adoration from critics and fans alike. There’s 2015 debut full-length Sometimes I Sit and Think, and Sometimes I Just Sit to thank for that. The 28-year-old Aussie sensation plays Sound on Sound Fest on Sunday, 9:15pm, Dragon’s Lair stage. 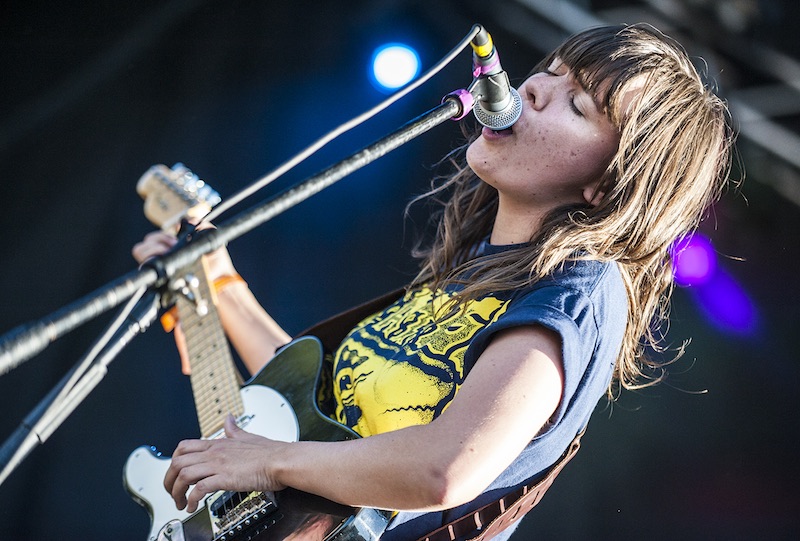 Austin Chronicle: Did you have a plan laid out for 2016, whether there’s a priority on writing, touring, label stuff, whatever?

Courtney Barnett: I’m not a big planner, and it really frustrates everyone around me that is a planner – like my manager. It’s funny, at Coachella I did some interviews and someone showed me one online. It was like, “Courtney Drops Details About Her Next Album!” And it was just me saying, in an interview, “I’ll probably record something” [laughs].

AC: Have you been writing anything that you think will make it onto a new album, or it’s still all up in the air?

CB: I think every day I’m of a different opinion. I’ve been writing a lot, but not proper writing. I’ve been writing on tour and on the go, but I don’t think it’s very focused. Sometimes, when I do have time, I look back through it and think it’s great. Then, the next day, I think it’s terrible and I’ve got no songs. So it’s kind of hard to tell. That’s what I did with the last album as well. It got to be a week before recording and I wanted to scrap every song and start again, so it’s hard to trust myself.

AC: I know you just said you’ve been doing some writing on tour, but are you the kind of writer who’s constantly taking notes and has ideas, or do you need a proper, “I’m going to sit down and write and be isolated with the music?”

CB: I think the second – what you just said – is more efficient. I do take notes and they’re all over: In my phone or on a piece of paper or in my actual notebook. Or I just try to remember them. Normally, yeah, it’s just little scraps of nothing that at the time seem really interesting, and I end up with just scraps of sentences. I think it’s a good way of doing it if it jogs your memory and turns into something else.

AC: Since your writing and lyrics are so clever and integral to your music, have you ever tried writing nonfiction essays or fiction or anything?

CB: Kind of. I’ve never shown it to anyone [laughs]. Since I was a kid I wanted to be an author, ’cause I loved books. So I was always writing stories. I don’t think I’m very good at it, but I’m not sure. It’s a different scene. I do kind of write a lot of short stories. It’s fun doing that on tour. They’re normally more fiction, but I don’t show them to anyone. Maybe I’ll make a book one day, or something.

AC: Achieving such a level of critical acclaim, do you feel that it puts a pressure on you whether you’re playing a set at Coachella or writing a song?

CB: I try to separate it, but realistically, I think that’s kind of a hard thing to totally eliminate. It’s always popping up, or people are always saying things, like what you just said, that get me thinking about it [laughs]. I don’t think I really care that much. Well, I don’t know. That’s a weird thing to say. I think I’m starting to care less about what people think about me, maybe, than when I did when I was 18, which is when I kind of just started writing and performing songs.

AC: Can you pinpoint at what age you were finally able to overcome your shyness to get out there and perform your songs?

CB: I had just started at Uni. My friend was starting to do these shows and I went along and watched her, supported her. I thought it was so cool, and I had been writing all these songs for ages. Every now and then, I have this burst of really optimistic, “Just go for it or you’ll never get anything done if you don’t try,” kind of attitude. It happens like, once every three years.

The next one was when I finally got finished recording my first EP. Now they’re probably a little bit more common, but yeah, I think that was it. If you don’t give it a go, then you’ll always be wondering.

AC: Do you feel like you’re an introverted person?

CB: Kind of. Well, I would have said “Definitely” before, but I’ve really been forced to not be in the last couple of years, just with touring and the amount of stuff we do and people we meet.

AC: Do you feel like everything that comes with the level of fame you’re at – touring, playing festivals, doing interviews like this – has changed who you are?

CB: Definitely. I would never describe myself philosophically or something, but I think when I was growing up, I was very – I don’t know how to describe this – but kind of what I just said. I thought, “Oh, my God, everything revolves around me.” Then I realized everyone else has got stuff going on just as much as I do, and I’m not that important. It’s kind of a funny way to see it, being in a position where everyone pays you a lot of attention. It’s the opposite of what it should be, but I’m glad. 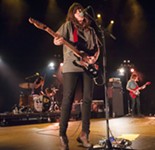